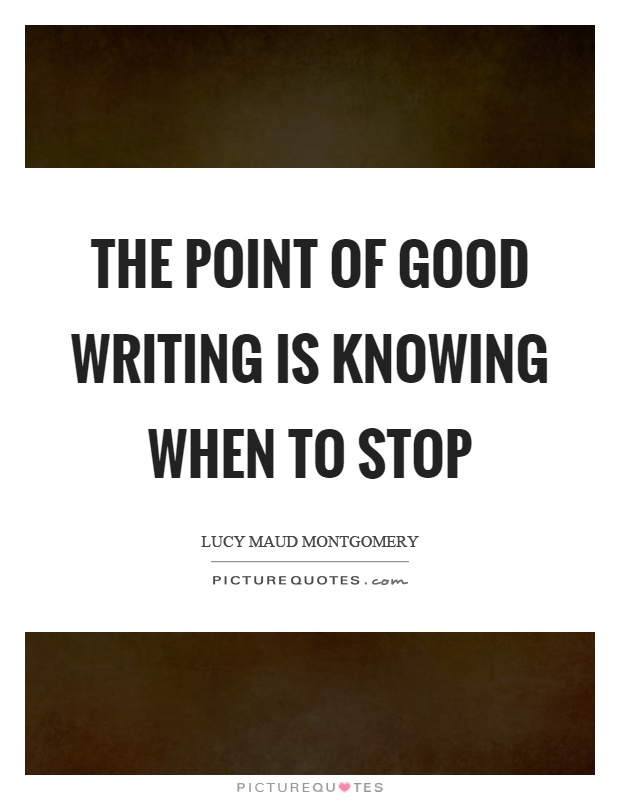 Before you get all excited, no I’m not giving up writing completely.

I don’t know if you’ve noticed it, but there comes a time in any series when you can tell that it has gone past its sell-by date. The plots start to repeat or lack originality, the characters just seem to be going through the motions. That some series, whether they are books, T.V. shows or movie franchises, seem to go on past the point of no return can be a shame. Mainly because you forget all the good episodes or stories at the start and only remember the bad ones at the end.

I always think that it would be better to bite the bullet and just stop, although I suspect that in some respects, the temptation to keep making money on reputation alone must be strong.

Personally, I’ve made a pact with myself. If I ever feel like any of my series are becoming trite or formulaic then I will stop them and try something new.

I never want anyone to say “That Richard Dee, his stuff used to be good but now he’s just going through the motions.”

And so we come to Andorra Pett. At present, I have five books in her series, with two more in progress. But I think that it’s getting near the time to hang up her investigating hat and pass the baton on to another. Purely because I don’t want the standard to drop.

I have set adventures on all the places in her universe, Saturn, the Moon, Mars and Earth. To be honest I’m struggling to think of another setting. And I’d hate to publish a sub-standard tale, because I won’t be happy with it. I know that the people who have enjoyed the series so far will buy it and might well be disappointed too.

Of course, I might keep thinking up exciting Andorra Pett adventures, but I have to face the fact that one day, I’ll probably run out of ideas. It would be a shame to lose Andorra completely, especially if there was some way that she could carry on.

With that in mind, I had a quick think about what might happen when the time comes for her to retire.

This was what I came up with.

“I don’t know,” I said. “It’s only just arrived and I can’t tell who it’s from. The label is damaged, it’s been following me around for a while though, by the looks of it.”

“Comes from never settling down I guess, are you going to open it?”

I cut the seal, using the safety knife I always carried clipped to my belt. Free from restraint, my bio-chip had already activated the lock and the lid popped open.

“What’s inside Faye?” Malich was peering over my shoulder. I hated that.

There was a letter, typewritten on lightweight plastic e-stat and dated two years ago. Which meant that the news of his death had beaten this package to me by a matter of months. I felt a lump in my throat, he had been all the family I had left. Getting this, now, well it made it seem like he was still alive, it made me well up.

I don’t know when you’ll get this, he wrote, but I thought you should have it. The people who disposed of your grandmother’s effects have had it returned to them, apparently it was found hidden in a piece of furniture. I hope you’re safe and enjoying life.

It was signed in the way I remembered so well, with all its curls. Danvers Masters. There was a line of kisses, which did little to help. He always wrote Danvers, everyone called him Dan. To me, he was just Dad.

Underneath the letter, there was a journal. It was very old and had been used a lot, judging by the worn leather and partly broken spine. I remembered it now, sitting on my grandmother’s desk. I had seen her reading it, asked to look inside and she had always said, one day, when the time is right. Then I grew up, found other interests and forgot all about it. Somehow, fate or Karma or whatever had brought it halfway across the galaxy to find me.

I opened it up, the title page was written in faded purple ink.

To my darling daughter, Eva. This explains everything. Underneath was a name I had almost forgotten, my great grandmothers. It wasn’t my name, I had taken her partners. In strong letters it simply said,

“This is my great-grandmothers’ journal,” I said. “It was a family heirloom and was always supposed to contain a secret. Granny Eva would never let anyone read it.”

“And now you can,” Malich said. “Wasn’t your great grandmother some sort of celebrity?”

I took a sip of wine, this was the real stuff, made from grapes, not that reconstituted powder that passes for wine in the far reaches of humanity. It tasted of late summer, blackberries and honey.

“She was a crazy lady, according to what Granny Eva said, she had a knack for getting herself into trouble and the ability to come out of out all smelling of roses. She was one of the first female ring miners, amongst other things, which is just wrong. She started out as a dress designer, for goodness sake.”

“Ring miners, they were a tough bunch,” said Malich. Coming from him, it was high praise. Although what we did wasn’t much safer, for all the advances in technology since those early days.

“She had adventures all over,” I continued. “Then, when Eva was only about ten or eleven, she left one day with her buddy Cy and never came back. In fact, she was never seen again. Eva grew up with her father’s first wife. Helen Masters was her name, she had two children, Louis and Davina. They lived on Mars and the mining station around Saturn. They were all sure that one day she’d turn up, with another tale to tell but she never did.”

“Maybe some answers, let’s find out” I said. I felt excited, I’d remembered the longing I’d felt, when I was twelve, wanting to know Andorra’s thoughts, wondering where she had gone and why it was all such a secret.

I turned the page.

I think this has potential, when I get bored with Andorra, maybe I’ll see where it leads.