I started writing Steampunk in 2013, 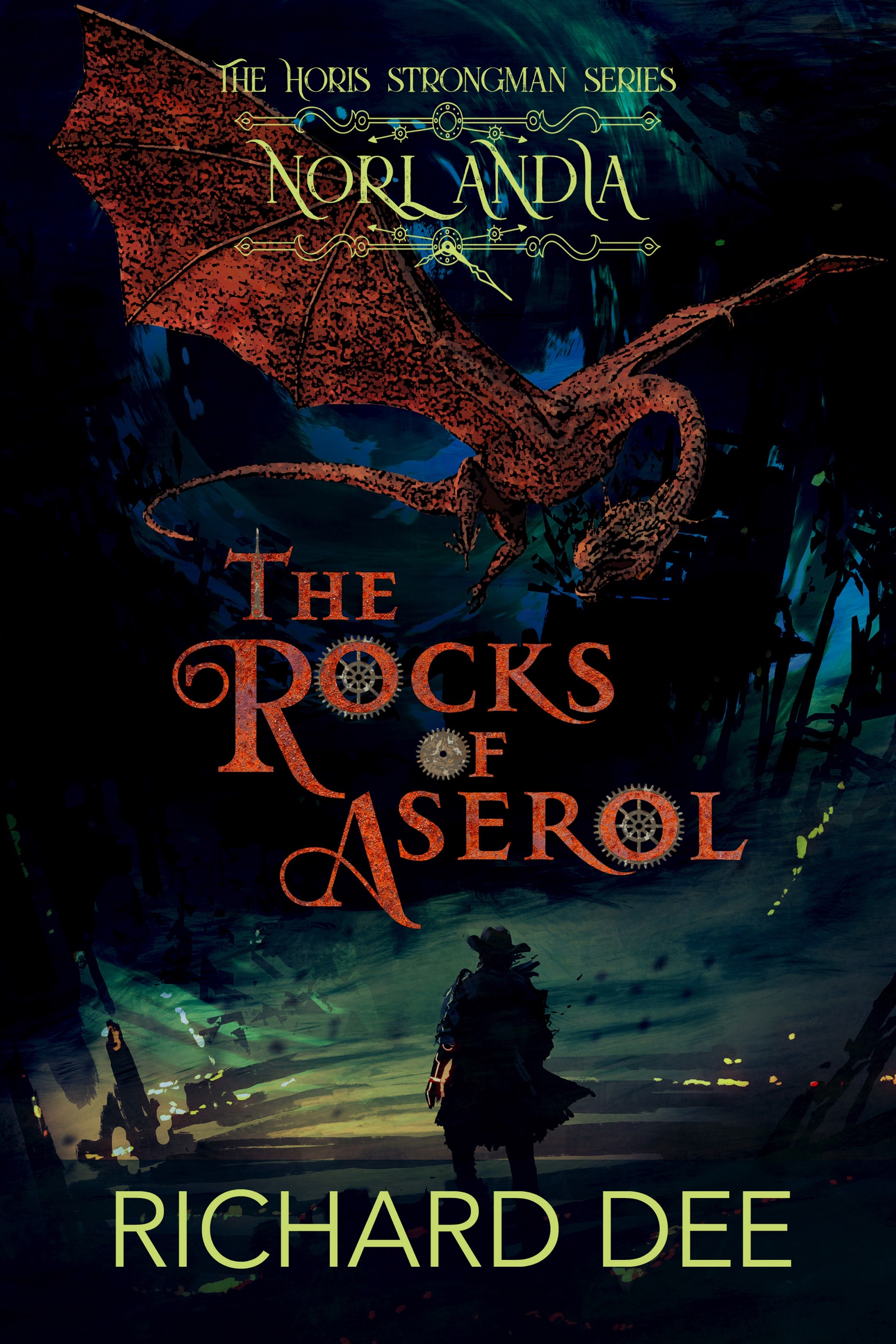 I wondered what life would be like if Electricity hadn’t been utilised so readily by our society, and The Rocks of Aserol was the result. I was originally going to publish it in two parts, actually, I only ever did the first part as I ran out of ideas. The first cover image was based on one of my initial thoughts. It was so bad that I’m not showing it here. A few copies escaped captivity but it never set the world on fire. And I never finished part 2.

But in 2015 I had a breakthrough and realised how I could finish it, from a 40,000 word part one and a rough idea it was turned into a completed manuscript of 75,000 words. I totally re-wrote it, then I had it professionally edited and I’m very pleased with it.

Here are some reviews for The Rocks of Aserol,

The doors hissed open and a fine mist of steam and water drops entered the carriage. Horis was standing by the door, ready to disembark when the spray from a poorly maintained seal soaked his trouser leg. As he stepped from the carriage the wet fabric stuck to his calf. Muttering to himself he jostled his way onto the platform, dragging his cases and Ministry bag through the unyielding throng.

The air smelt of coal dust and unwashed humanity, it was a different smell to the well-scrubbed human odour of the capital. But even though the tang was different, the steam was the same, and the coal dust was the same. In fact, his whereabouts could be defined by the unusual clarity of the air, and that the late afternoon sun shone more strongly. And where he normally shrank from large crowds – due to his short, wiry frame and shy nature – the urgency of his mission made him bolder as he elbowed his way to the exit.

The carriages loomed over him, their brass-works shining amid the dull steel and brown livery of the Rail-Ryde Company. There was a seating level and a recessed passageway on the roof. This was manned by soldiers armed with gas weapons against the brigands that infested the countryside, and the Drogans whose dive was an ever-present threat. Horis had been guiltily hopeful that they might have an adventure on the journey and had spent the whole time gazing through the windows. Sadly nothing untoward had happened and the official papers he had intended to read had remained in his bag.

Reaching the barrier, Horis showed his Ministry pass to the ticket collector, who touched his grimy cap with a set of nicoweed stained fingers and waved him through. There were the usual crowds of small children gazing through the metal fence at the gleaming locomotive, no doubt dreaming of one day driving such a beast. A team of mechanics were attending the engine, oiling and greasing the pistons and other moving parts, or polishing the gleaming flanks.

Another group were cleaning the large ram fitted to the front of the locomotive. Nicknamed the Bovine shredder by the popular press, it was designed to clear a passage for the Ryde, dislodging any objects from the rails before they could cause a problem. There were stories of Ryde’s arriving with whole beasts impaled on its blades, hence the name. This time, it seemed to have only caught a few branches.

Past the ticket barrier, there were groups of disabled sailors begging and selling sundries. There were entertainers juggling, tumbling and balancing. There were cages full of exotic animals. And everywhere was the hiss of steam. Steam drifted across the concourse like small clouds. Horis stopped and gazed out at the scene, so different to the cityscape he was familiar with.

The Rail-Ryde terminus was situated on a high point, and looking towards the sea, Horis could see the town of Aserol spread out below him. Compared to the capital Metropol City, it was a small place, but important due to the mines in the vicinity, and of course the Rail that carried its produce and people to the centres of the country. There were smoking chimneys below, but not as many as he might have expected. On the other hand, there were a lot more Bal-towers; clearly, the town was closer to Bal than the city was.

Priests were becoming a rarity in the city and worship was declining, being replaced more with the religion of science. Horis knew that the further you went from the capital, the more resistance there was to the scientific advances that city dwellers took for granted. He shuddered to think that he might not be able to find some of the small comforts that city life afforded him. In his opinion science was more relevant than Bal; at least the science was generally predictable.

“It’s quite a thing, isn’t it?” The voice came from a man at his side. Horis turned and recognised him from the Ryde; he had been sat in the same carriage.

“I’m sorry,” Horis replied, still looking around but not wanting to appear rude, “do you mean the Ryde or the place?”

“Oh both,” replied the other, a tall man dressed in dark suiting. “Do you realise that a little more than five years ago, it would have taken four days of travel over rough roads, through mountain passes and subject to the whim of surly equines to reach this outpost of civilisation.”

He had the way of speech of an educated man but the knack of stating the obvious. He sounded like a government spokesman. Horis was intent on his purpose but did not wish to give offence.

He nodded. “And we were safe and comfortable all the way, with a meal as well.”

“Indeed,” the man continued. “Now, thanks to the determination of the government of Norlandia, and the brute force and skill of its people, it’s a mere six hours from the capital. Times are changing.”

He was right of course, civilisation had advanced and as usual, conflict had driven the process. In the quest for superiority, Norlandia had developed many things, but not all were general knowledge. From his place in the Ministry of Coal, Horis knew of all sorts of innovations that were both thrilling and secret.

“They certainly are,” agreed Horis, remembering a document he had seen at the Ministry. “And who knows, in another five years we may be able to journey between towns through the very air, like the birds and the Drogans do.” As he said it, he realised that he might have said too much, the document had been marked Secret in large red letters.

But the man clearly thought he was overly optimistic. “That’s a fascinating idea,” he mused, “but I fancy there will be all sorts of obstacles to flight, why the weight of the boiler and the coal alone would be a problem.” Horis was about to tell him more of the document when he stopped. Perhaps this man was a foreign agent, or an undercover Watchman testing his fealty. He changed tack.

“Are you a military man?” he asked. “You seem to have knowledge of the mechanics of flight.”

“No,” the other replied with a grin, “just a mere functionary in administration.” He held out a hand. “I’m interested in many things; Lewis Morgan at your service.”

Horis shook it. “Horis Strongman,” he replied, “from the Ministry of Coal.”

“What brings you to Aserol then, Horis, or do you live here?”

“No, I’m staying in a hotel, the Provincial,” Horis hesitated to tell the man more, continuing his visions of spies and secret police. He was about to utter “Ministry business” when they were joined by another, who clearly knew Morgan. “Good after, Lewis,” he greeted him, nodding to Horis. “I have the vehicle readied.”

Horis caught a look of frustration from the man Morgan, as if his arrival had spoiled an opportunity.

“Excuse me,” said Morgan to Horis, “it was pleasant to meet you; I hope your stay in Aserol is fruitful.”

As they left, Horis realised that he had given his occupation but the man Morgan had revealed nothing.

The audio version of “Rocks” is also available, find it on the Amazon page.

I have also written a series of Flash Fiction vignettes to give you more of a taste of Norlandia, read the first of them by clicking below.

And now, the sequel is published, Titled A new life in Ventis, it tells the story of what happened next, 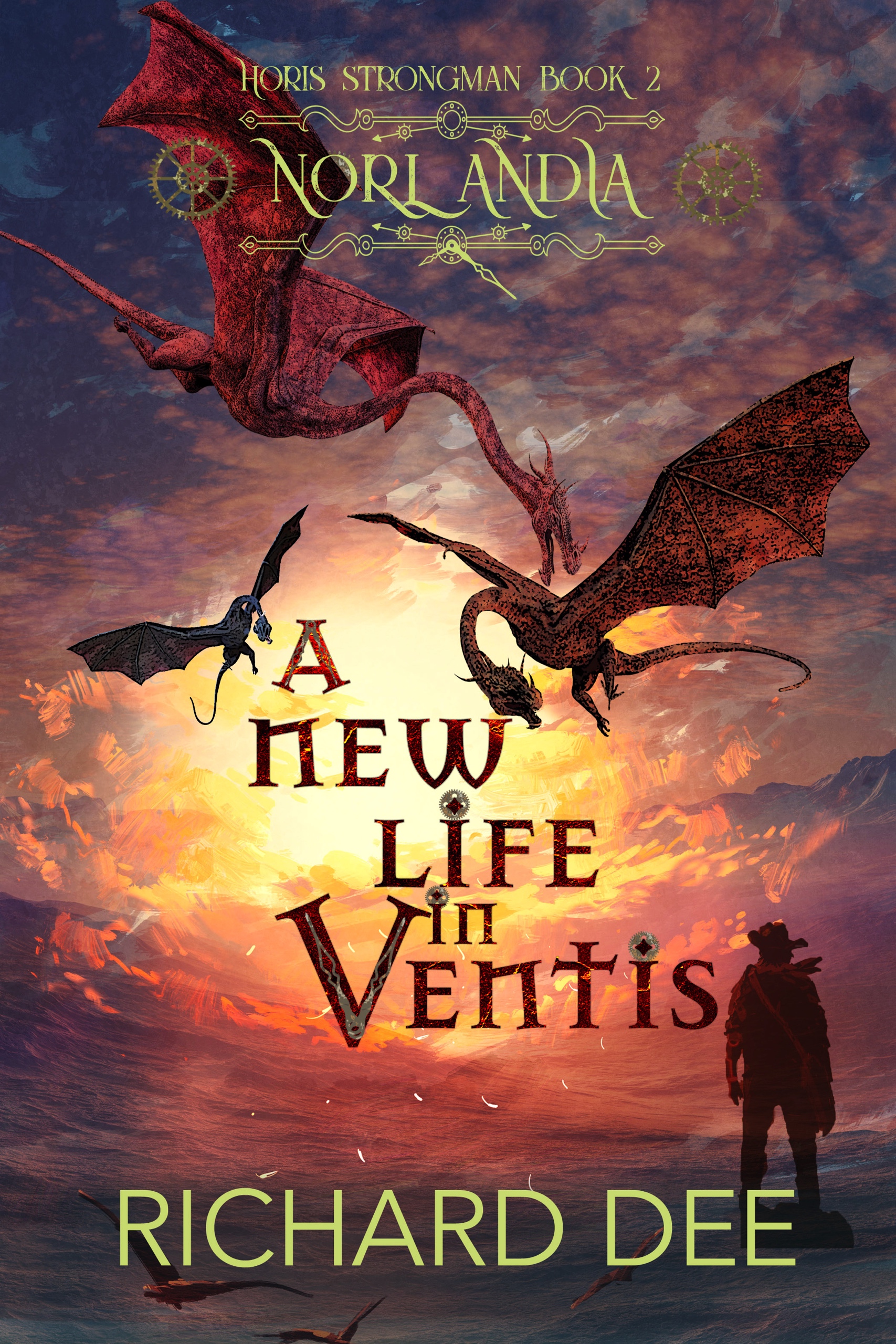 What has happened to Horis Strongman since we saw him last? The events in Aserol and beyond have changed him and given him adventures that he could never have imagined. His life is now completely different in every respect. He had travelled far and wide and seen things that he would never have thought were possible.

But those who were against him have recovered and can still do him harm. Before he and those he cares for can be truly safe, he must face his foes again, and this time, the stakes are raised. By the time his journey ends, he will find that he has allies in the strangest places for the final confrontation that he hopes will secure his future.

The story takes in foreign lands and new dangers as Horis fights for the freedom to live in peace.

A New Life in Ventis was published on October 26th, 2017, A spoiler-free sample can be found by clicking HERE or on the cover picture. For purchase links and Amazon look inside, click the buttons.

I also have plans for a third part of what is becoming a series, watch this space for news.

Not only that; you can now get a collection of Steampunk short stories, featuring sixteen new tales from Norlandia.

Find out how the Ladies who Lunch changed the world, what can happen on a train journey, how to drive an Exo-Man and much more. 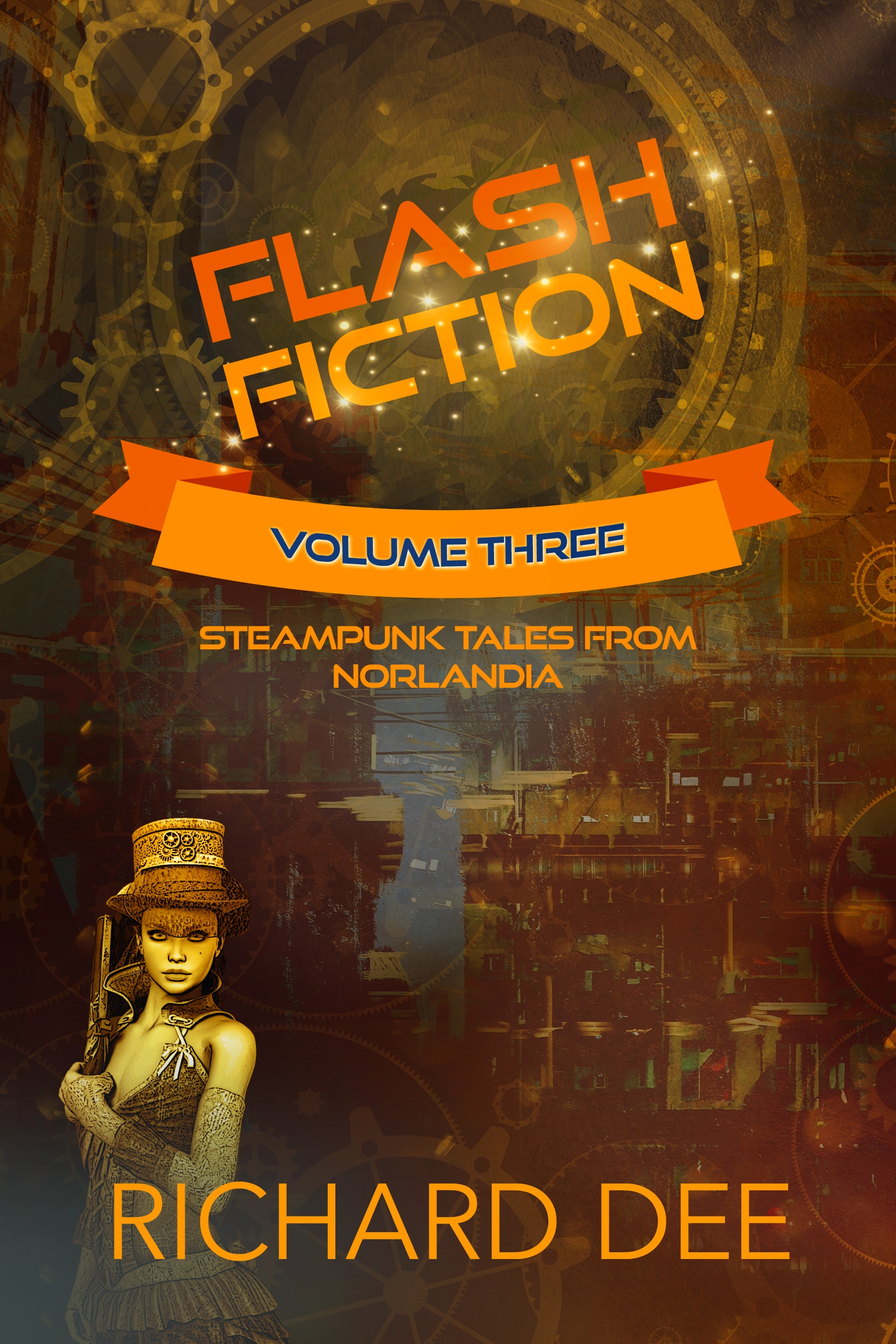 In March 2020, I published the first of my Orphan Detectives Steampunk novels. The Sensaurum and the Lexis is a tale set in Norlandia, at a time when Horis and his friends are historical figures. To give you a flavour of the story, click THIS LINK

There will be a sequel, called The Safety of the Realm, watch out for details.