Do you draw your main characters so that a forensic sketch artist could put them on the cover, or do they belong to the reader?

Until this question was asked in the prompt, I’d never really considered the subject. So, I had a look through my portfolio (which sounds a lot better than I read a few of my stories again). Strangely enough, I’ve only really described the physical appearance of one or two. And that was only in general terms. Even though I can see them clearly in my mind.

It’s about time I introduced myself, I’m Andorra Pett, my friends all call me Andi. I’m short and feisty with a few curves and a mess of dark hair.

And that was it.

The rest of them I have either left up to the reader to picture, giving hints on their appearance in what other characters have said about them. That, of course, is subject to their opinion and relationship.

Like Ballantyne Alysom. I tell you at the start of Survive that he’s seen by the general population as a genial, philanthropic explorer. Then I reveal the fact that he’s short and makes sure that he’s always filmed to make him appear taller (this includes having a specially made chair to make him seem bigger), I don’t say much about his appearance. But, with that hint, do I need to say any more for you to get an idea of what he’s like?

Why do I do it like that, I hear you ask?

Rather than describe their physical attributes, I’ve concentrated on what they’re like as people, I’d rather do that than set up a stereotypical good or bad guy (gal).  I think that gives me a bit of wriggle room with the moral or ethical side of them, while at the same time showing that it doesn’t really matter, after all, it’s what’s on the inside that’s important. The reader can then ascribe any detail. Perhaps they will remind them of someone they know, so they can think of them in that way.

A reviewer said of Ballantyne Alysom that he was someone that everyone has experienced at one point in their life! Which kind of proves the point.

And using their co-stars to describe them means that the picture is clouded, just like it is in reality. In the research that I did for my psychological thriller Life and Other Dreams, I found out a lot about perception. How we see things is not always how others do. There is no real correct version of much, as far as we are concerned. The way we see, taste, touch, smell and hear is subjective and personal.

So why not have two (or more) separate ways of describing a character, depending on how the other players see them?

If you can see someone’s personality from multiple points of view, isn’t that just making the story more lifelike? You can choose to like or dislike them, just as you do with everyone you meet. And perhaps, as the story progresses, you might change your mind, see them in a new light as more of them is revealed.

Now check out all the other blogs in this hop by clicking below. 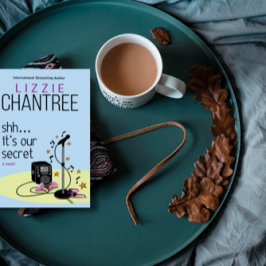