I would love to have the opinions of my readers, you see I have a dilemma. I have two completed novels and I can’t decide which to publish next. Both are at the same stage of production, edited and with provisional covers designed. Both are stand-alone stories, with the potential for sequels. And both have gained the approval of my beta-read team.

As I can’t decide, I thought that it might be an idea to ask people which one would be of more interest to them, so the object of this post is to do just that. Here are tasters of both books, their current covers, blurbs and a short extract. Have a read and let me know which one you like.

Survive (The tale of Ballantyne Alysom) 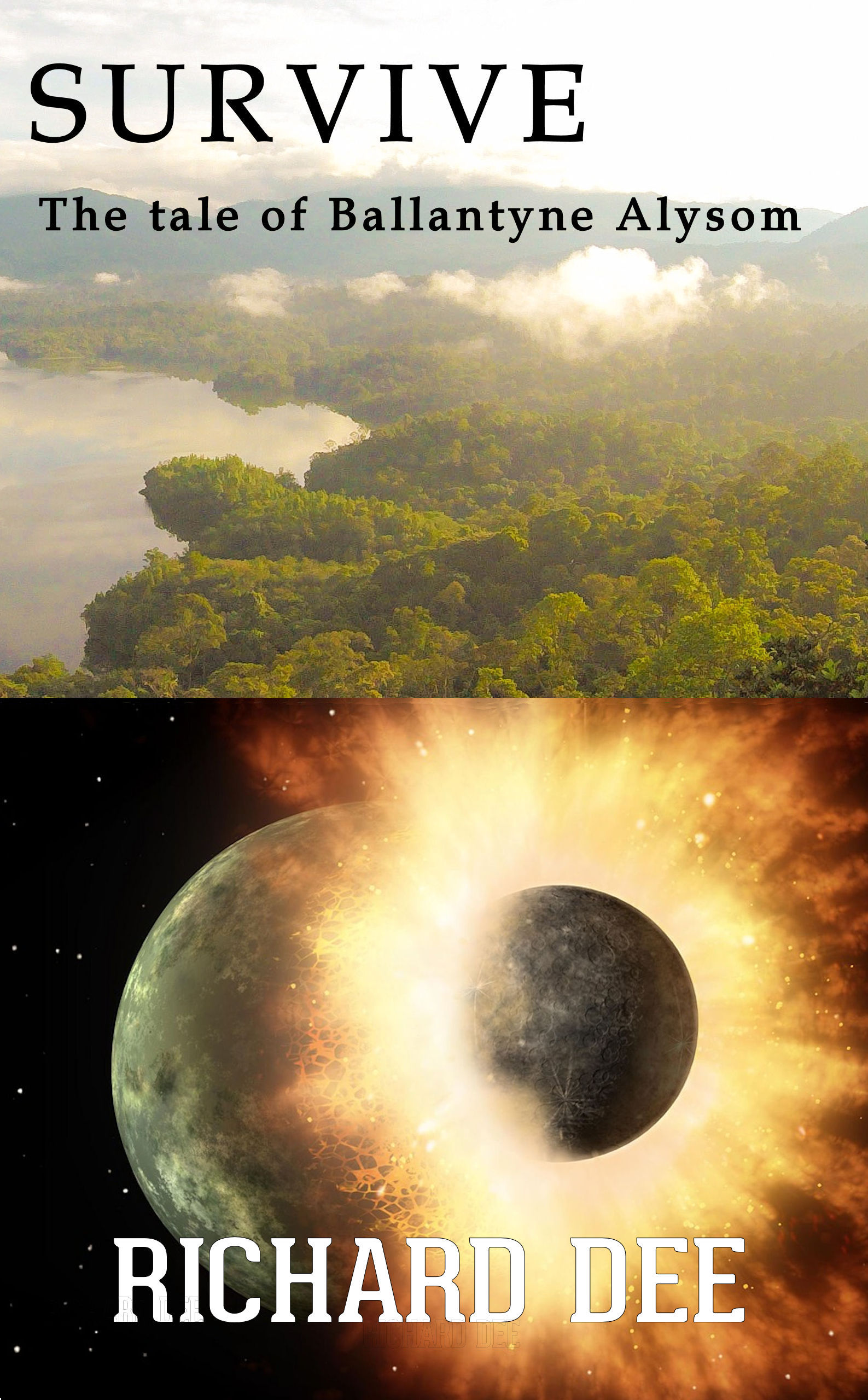 In Earth’s future, Ballantyne Alysom is the foremost explorer of the age. Apparently charming, he is loved by the billions who thrill to his exploits. Cameraman Davis Jansen is excited to accompany him on his journey to record a significant celestial event.  Alysom is secretive about the details of the mission; when Jansen finds out the danger they are in, there is no turning back.

Davis comes to see that Alysom is not the man his public think, he is controlling and arrogant. When his behaviour results in disaster, Davis and everyone else must try to survive. Not just the savage planet they have crashed on, but also from Alysom himself. Finally, they must escape from those who will go to any lengths to protect his reputation. Can Davis ensure that the truth will survive?

“Survive came alive from the first page, and really took on a life of its own. The characters were all well developed and believable, the story was saturated with the atmosphere, and the bad guy Bal was someone that everyone has experienced at one point in their life! A lot of effort has been put into the research for the story, it comes across as real instead of patently fake.”

Here are the first 500 words, as told by Davis, after their rescue.

The studio lights were blindingly bright. Even though I was used to the idea, it was a new experience for me and I was blinking in their glare. Today, I was on the other end of the camera, facing it instead of pointing it. I had forgotten just how much heat the lights generated. Sweat was running down my neck and back and I wondered if the make-up that my face had been plastered with had streaked and run. Beside me, in her wheelchair, was Anisia, my wife – although the fashionable term had apparently become ‘life-partner’. Things had certainly changed while we had been gone.

She was also my recording engineer, which was how we had met. We had worked so well together that we decided to make the relationship more permanent. I for one felt no regrets, despite our present situation.

She was still getting used to the loss of one leg; fortunately, the chair was only temporary. Once her prosthetic had been finished and fitted she could start learning to walk again. And we could get off the surface of the planet, with its crowds and pollution, get back to our home in orbit. I wasn’t a big fan of Earth, I had become unable to cope with its crowds and the constant demands that mere existence made on your life. All the petty politics and jealousies, the point scoring that was no part of life in space, where you worked for the common good. The synthetic fibres in my clothes scratched my skin. I was used to cotton, you wore natural fibres in space, you didn’t want a static spark spoiling your day.

The floor manager, little more than a shadowy shape behind the camera, counted us in. “Four, three, two, live,” he said. The red lights came on over the cameras and the programme’s presenter, Brit Helles, walked into the lights. She had been standing behind the camera and in shadow. A tall, willowy figure, she stood slightly off to one side of us. She had been dressed to emphasise her legs, knowing what I did, I wondered if was deliberate?

“Good evening, everyone,” she began, reading from the autocue over the camera. Who had written her words, whose side they were on?

“The news just recently has been full of the amazing story from the planet Qister-Alu, where the well-known explorer Ballantyne Alysom and the remnants of his team have been rescued. It seems that, over a year after they disappeared, they have performed one of the most amazing feats of survival.”

She moved to stand between us, the camera swung to focus on Anisia and I. At that moment I felt more nervous than I had at any time over the last year. I took Anisia’s hand, it shook slightly.

“We have the first two of the party to have been released from the hospital with us tonight,” she continued. “Ballantyne Alysom is still unconscious and listed as critical because of injuries sustained …”

And here’s the second.

Life and other Dreams. 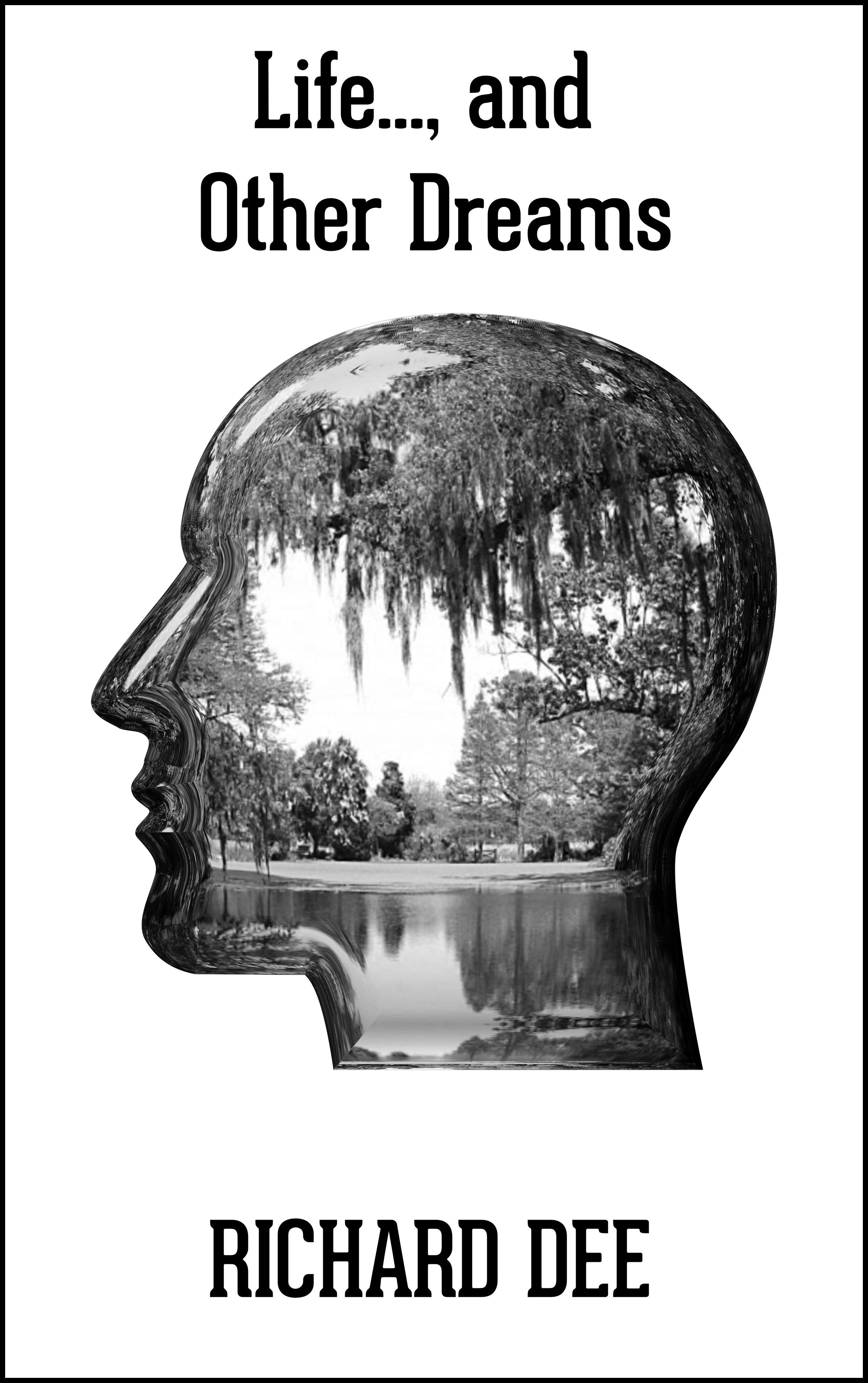 In his dreams, he lives as Dan, spending his time with his wife Vanessa. They live in the future, exploring another planet, searching for valuable minerals on an alien paradise.

Dan, however, is oblivious to Rick. Dan has no dreams about Ricks life, as far as he is concerned, he lives on Ecias and that’s that.

When the two worlds start to overlap, Rick starts to question what is real. Events in his waking and sleeping lives are mirrored, similar people inhabit both and coincidences mount up. Then disaster strikes in each world at the same time. In his dreams, Dan is accused of a crime he didn’t commit. Meanwhile, after one coincidence too many, Rick’s wife thinks that his dreams are hiding an affair and leaves him.

“What a psychological rollercoaster!”

The first 500 words are set on the planet Ecias, six hundred years from now,

“Whoa! Vanessa, what are you trying to do? What’s the rush?”

The words were torn out of my mouth as we raced over the bumpy road, the open top of the buggy meant that you had to shout, especially when Vanessa was driving. She approached driving like she approached everything else, flat out and head on, daring it to get in her way or spoil her fun.

I gripped the armrests firmly and felt the harness dig into my shoulders every time we bounced, the suspension was doing its best, but at this speed, it was fighting a losing battle with the rough surface. The road had been cut through the forest; the uneven sections filled in and levelled with rows of hardwood logs, held in place with a hard-packed mixture of earth and stones. The road swerved around the bigger trees and clung to the hillside. It was the sort of journey that you could sell to adventure-seeking tourists. At best, it was only just wide enough for two vehicles to pass.

You were supposed to sound your horn and slow down at the corners, in case there was a lorry coming the other way. Vanessa, predictably, didn’t bother. She kept the speed on and we shot around the corners not knowing what would be in front of us. “You can see the lorries through the trees,” she had explained to me, “if you keep your eyes open and look in the right place.” Maybe that was right, I had to hope that it was.

On either side of us, the tall trees were in full leaf; the equatorial sunlight shining through them was casting shadows over the road, exposing us to patches of light and dark as we headed into town. The air was warm and still, at least it would have been if we hadn’t been moving so fast that it felt like a full gale in our faces. Ecias was a paradise, with amazing scenery and beautiful wildlife. It was how Earth had probably been before we humans had got our despoiling hands on it. The trees had large flowers as well as their leaves, they were a magnet for butterflies and multicoloured birds that looked like Earth’s hummingbirds. If you were quiet you could get right up close to them; like all the wildlife on Ecias, they had no fear of man.

We raced past a large warning sign. Nailed to a tree that was at least ten metres across, it informed us in red letters that five-hundred metres ahead there was a sharp right-handed curve. An arrow underneath the letters emphasised the point. The good news was that after we had got around it, we could start our descent down the side of the hill into Richavon.

We weren’t in any particular hurry. While it was true that the supply ship was due, it would be here for at least a day.  Vanessa just liked the exhilaration that speed and danger produced.

So there you have my dilemma and a little taster of each novel. If you have any thoughts, please let me know via the comments.

Don’t miss the Indie Showcase on Thursday, I’ll have another great post for you then.