Just when I was thinking that writing in three genres was enough, a possible fantasy adventure is worming its way into my mind. Featuring parallel universes and a race of benevolent creatures who are controlling another, with potentially disastrous results.

Here’s the first glimpse ever of Skander. This is by no means a complete chapter one, just a rough outline of what I want to happen. In it, I introduce the main characters and give you an idea of what might be going on.

Please let me know what you think.

They were the threat of my childhood, the thing that made us all obedient. Behave, or The Sykm will come and take you away, we were told. And it worked, we went to bed, put out our lights, stopped our shouting. Because we were young, we believed in The Sykm, creatures who watched over us and could do unimaginable things.

Now I’m older and wiser, I know that they are everywhere in the city. Among the crowds that thronged our streets and markets, there were those who didn’t belong. The Sykm were real, and they had a plan for us. I was starting to find out what that was, and the truth of everything connected to my existence.

The Sykm looked as we did, at least that was the view of themselves that they let us see. Dressed like us, in robes and suits, they could have been us. Your best friend could be a Sykm, you would never know.

I found my first Sykm when I followed a particularly interesting girl into a side alley. My intentions were honourable, I might have been a source of annoyance, even despair, to my parents but I was never as bad as they imagined me to be. I say followed but looking back, I think it’s more likely that I was led.

That day, I was walking the market-place in Skandir, a poor suburb of the city, looking for a gift. My mother was soon to celebrate her birthday and the market was known for selling the things that she collected, hand-made ornaments and jewellery. I had shaken off my peers, they would have mocked me, called me a motherling or some other word for a man who they thought was too attached to his mother.

I was scanning the stalls when I happened to glance up, at the same time as she looked straight at me. As our eyes locked, the strength of her gaze did something in my mind. I felt myself go suddenly cold, then hot. Her face was framed by dark hair and the hood of her cloak. Some might say it was a plain face, in honesty, who knows why anyone takes a fancy to the face of another? There was a strong brow, heavy lashes perched over bright eyes, the blue colour enough to mark her out as someone special.

She was as tall as I, the long robe billowed around her as she walked, giving no clue as to the figure underneath. Her step, in the polished boots that showed between the hem of her robe and the dusty road was firm, purposeful. The tread of a warrior; or at least of someone with places to be.

As she passed, I felt her stare, the eyes seemed to say, ‘follow me and I’ll show you the secrets of the universe’. So, naturally, I did. She turned off the street into an alley between two high brick buildings and I stepped after her into the gloom.

As my eyes adjusted to the darkness, she stood in front of me. Now it looked as if she was encased in a glowing cloak of rainbow colours. It was a trick worthy of the best entertainments at Kauron’s palace. Perhaps she was a theasp, an illusioneer, or should that be illusioness?

Hearing my footsteps behind her she turned and looked back at me. I couldn’t see her expression, just a flash of bright teeth as she stepped sideways, into the wall. It accepted her, she was gone.

That was impossible. I ran to where she had been and looked at the bricks. They carried a faint glow of rainbows. Gently I reached out to touch them and watched in disbelief as my hand vanished deep into what should have been solid.

One small step was all it would take to follow her. I didn’t hesitate, had no thoughts of right or wrong. Where was I going, how would I return? It never crossed my mind.

As my face passed through the brick, instead of the inside of the building I saw a grassy plain, stretching away to the horizon. The sky above was the deepest blue. Small clouds borne on a breeze made shadows on the sward as they passed under a red-gold sun. It was late autumn in Skandir, here it was mid-summer, the air was warm and sweet.

The girl was facing me, ten yards ahead. Her hood was down, her hair thick and cut short.

I looked behind me, there was no wall but I thought I heard, briefly, the sounds of Skandir as a ripple on the breeze. Or perhaps it was just the grass rustling?

She shrugged her shoulders and the robe fell to the ground. Underneath, she was dressed as a warrior. A simple tunic and shorts. Muscled arms and shoulders, a flat stomach. Her torso was adorned with crossed leather straps, a collection of blades hung from a wide belt at her waist. The legs were encased in long boots, extending to mid-thigh.

But that wasn’t the strangest thing. I watched as huge wings unfolded from her back, gossamer-thin with white ribs, they extended and beat the air.

“That’s better,” she said, “they’ve been folded away too long, if only you had been easier to find.”

I stood, rooted to the spot. The journey through the wall had been enough, without this new revelation. I knew then that the Sykm were real and that I was at their mercy.

She frowned and moved towards me, “no time for doubt, Hors Lawis,” she said, taking my wrist in a strong grip. Without thinking, I did the same, locking our arms together. “Hold tight,” she whispered.

The wings flapped, before I knew how, or could even think of which question to ask first, we were riding with the clouds.

Laid out below me was the land of the Sykm.

Let me know what you think about this opening chapter, who knows what will happen next?

And another one here, featuring a lot of great books. 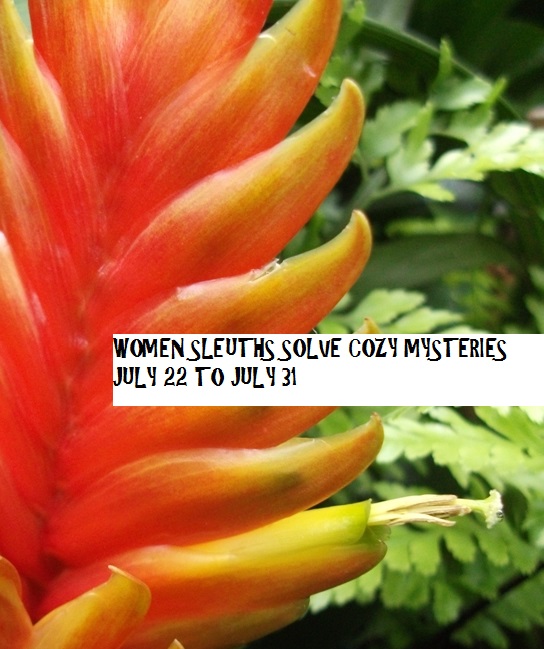 Women Solving Cozy Crimes — July
Searching for your next favorite story? Look no further! These bestselling authors have teamed up to offer a delightful selection of new books. Available for free for a limited time.