Today on the Showcase, I’m delighted to feature Kathryn Gauci, before we begin, here’s a little about her fascinating life. 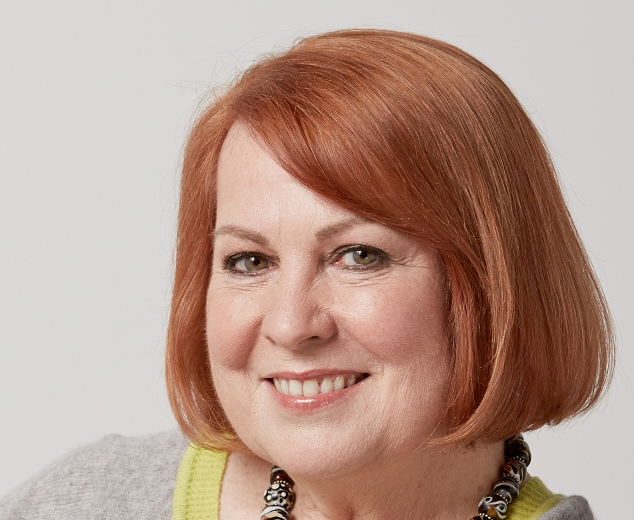 Kathryn Gauci was born in Leicestershire, England, and studied textile design at Loughborough College of Art and later at Kidderminster College of Art and Design where she specialised in carpet design and technology. After graduating, Kathryn spent a year in Vienna, Austria before moving to Greece where she worked as a carpet designer in Athens for six years. There followed another brief period in New Zealand before eventually settling in Melbourne, Australia.

Before turning to writing full-time, Kathryn ran her own textile design studio in Melbourne for over fifteen years, work which she enjoyed tremendously as it allowed her the luxury of travelling worldwide, often taking her off the beaten track and exploring other cultures. The Embroiderer was her first novel; a culmination of those wonderful years of design and travel, and especially of those glorious years in her youth living and working in Greece – a place that she is proud to call her spiritual home.

Her second novel, Conspiracy of Lies, is set in France during WWII. It is based on the stories of real-life agents in the service of the Special Operations Executive and The Resistance under Nazi-occupied Europe. To put one’s life on the line for your country in the pursuit of freedom took immense courage and many never survived. Kathryn’s interest in WWII started when she lived in Vienna and has continued ever since. She is a regular visitor to France and has spent time in several of the areas in which this novel is set.

Now that I’ve introduced Kathryn, let’s see what she has to say.

The Musings of a Historical Novelist.

Thank you for inviting me to your blog, Richard, it’s a pleasure to be here with you.  I’ve always been fascinated by other author’s journeys and their writing life – after all, it’s not the easiest profession by any stretch of the imagination – and one thing is for sure, we never stop learning. We are all unique in how we approach our work, and far from getting easier, each story presents its own unique challenge. When I am asked about my own writing, I have to sit back and truly think about it. To talk about how and why one writes isn’t easy; it’s the same for any of the arts. Things bubble up inside until you feel you’re going to burst if you don’t let it out.

One of the main reasons I write is because I want to hold on to the past. For me, that means going back to a place which holds something of importance in my life – Greece, Turkey, France, etc. It might be another era, but I like to feel I’ve walked in the footsteps of my protagonists, breathed in the same air, eaten similar foods, and experienced the same landscape, etc. When I write, my novels are as alive today as the era in which I write them.

I don’t deliberately set out to challenge myself – the mere act of writing is challenging enough. I want to go on a journey, and I want my readers to be there with me. Ultimately I am telling a tale, and hopefully a rollicking good one at that. I want my readers to feel that they are learning about history without thinking they are reading a history book.

My thoughts are steeped in visualization. I think in images first and dialogue second.  Perhaps it’s my art and design background. Once I have the era and first scene indelibly imprinted in my psyche, I’m off. The protagonist is formed in this first scene also, followed by one or two other main characters. Then I have to have an ending or I can’t move forward. The ending doesn’t have to be absolute, but it gives me a direction for the plot. So far I have only written five books and the way I approached each one was different. 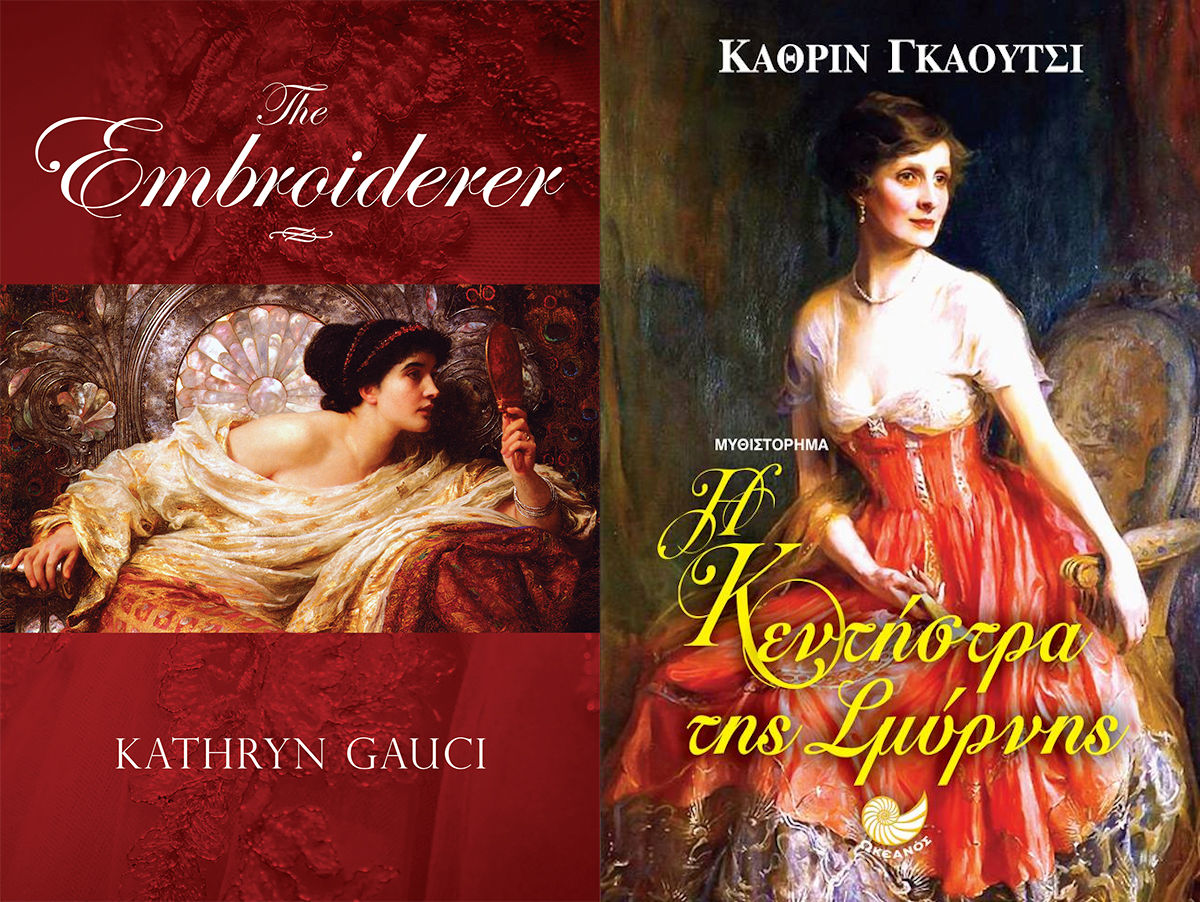 For instance, The Embroiderer needed to be quite structured because it spanned a long period of time with six major wars and upheavals, the consequences of which influenced the directions my protagonists took. 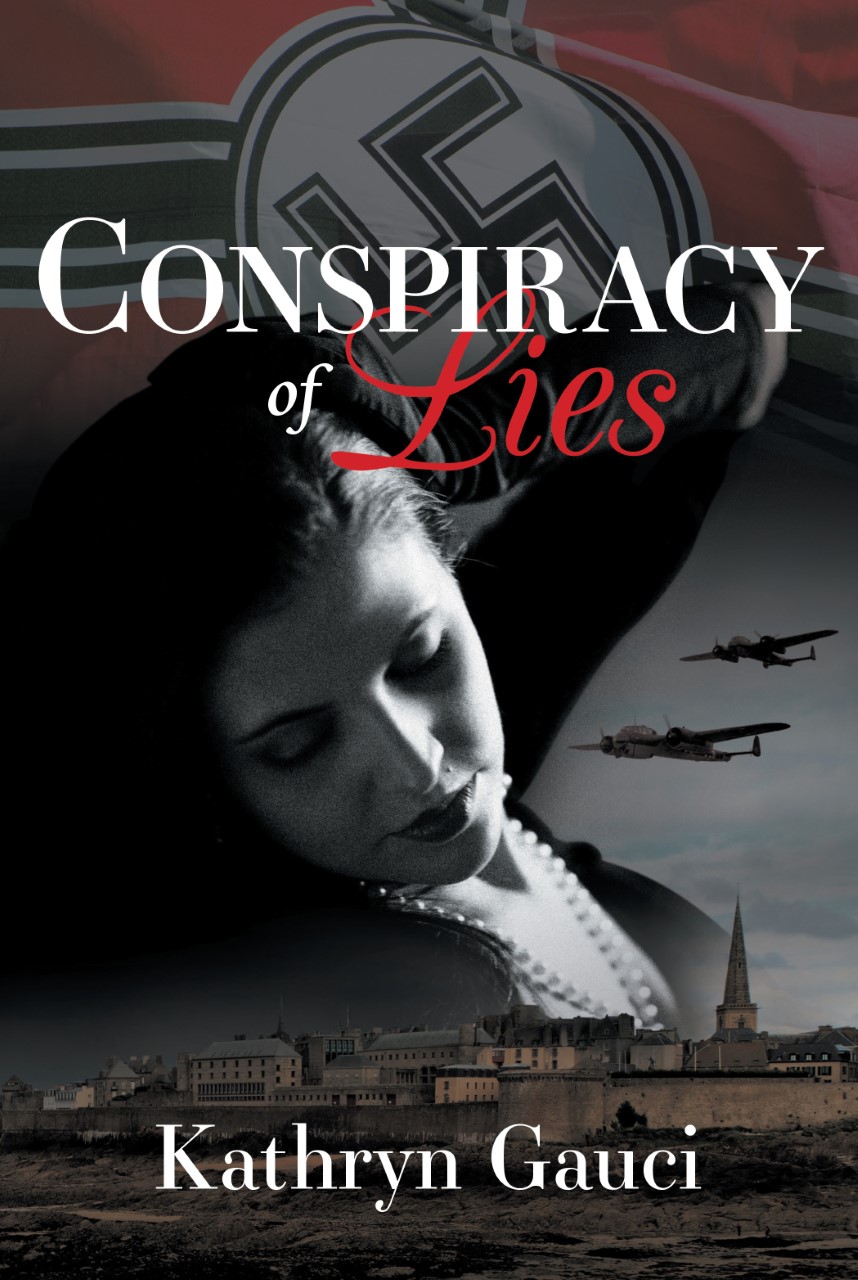 With Conspiracy of Lies, set in France during WWII, I needed to bring in more of the everyday life of the Resistance, so the story became more character driven. But even here, there was a timeline of events that the actions had to correspond to. 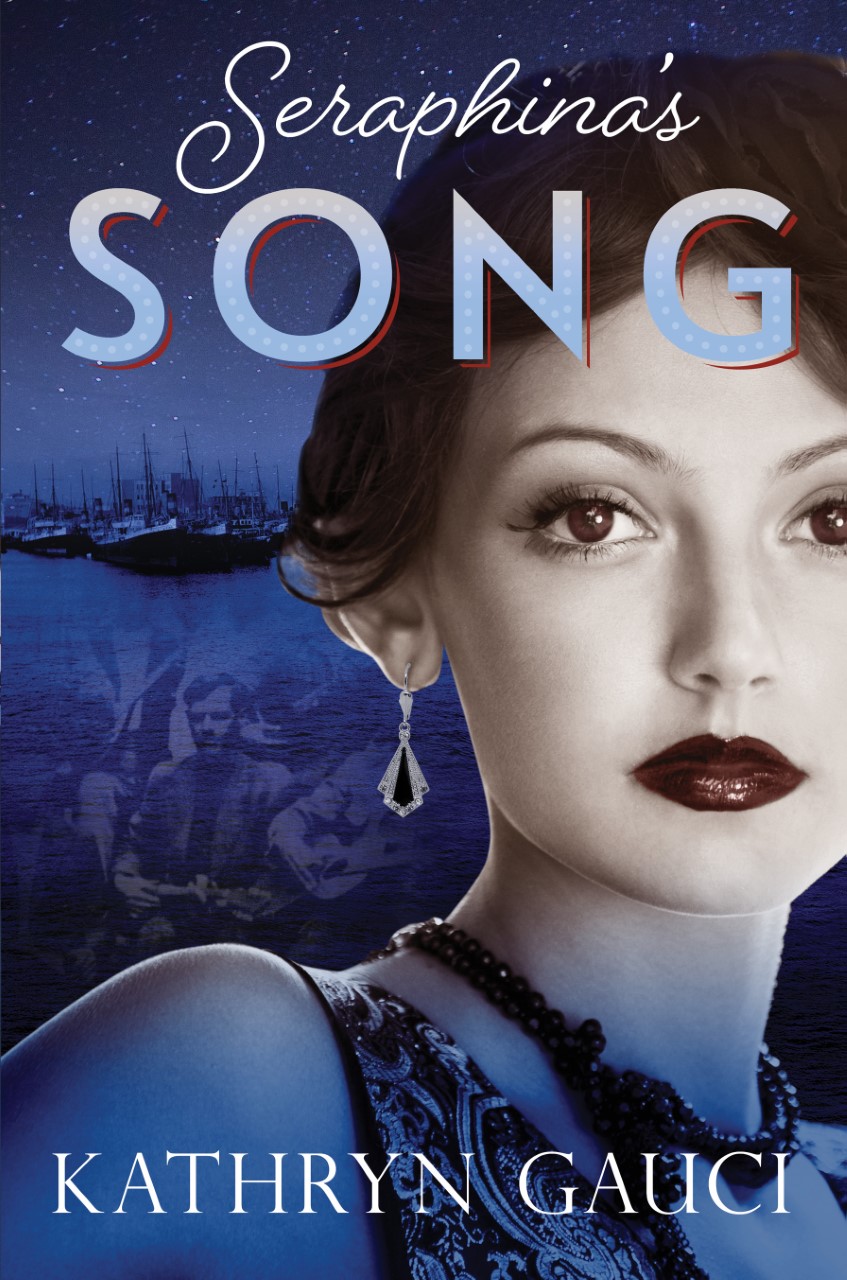 Seraphina’s Song was different again. It is a novella, faster paced and written in the first voice. Here, I was dealing with the thoughts and emotions of the protagonist to carry the plot. For this research, I went back to the dark and brooding Russian classics for inspiration. 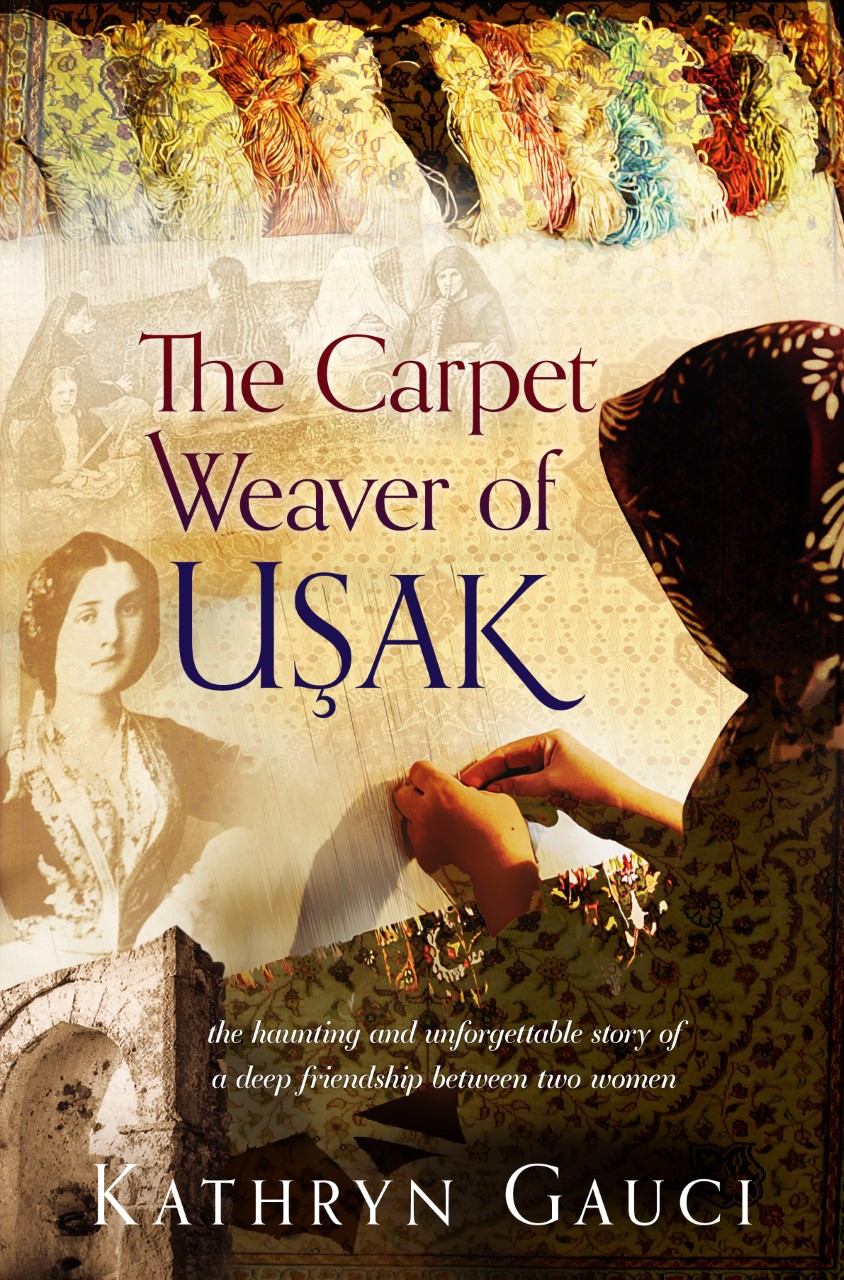 My latest novella, and third in the Asia Minor trilogy, The Carpet Weaver of Uşak, set in Greece and Turkey, was similar to Conspiracy of Lies, in that there were events which shaped the actions and thoughts of the characters – the Great War and the Asia Minor Catastrophe.

Perhaps the most enjoyable part of writing is the research; filling my notebooks with a myriad of facts and ideas. Many notes never get used, but overall, the mere act of writing them down helps form my understanding of the story. After five novels, I would have to say that the most difficult part of writing would be the ending. Despite the scenes being in my mind, finding the right words is not easy. I think it’s because by the time the novel draws to a close, the tempo has increased and the closure has to be believable. I hate unresolved endings.

My protagonists are generally composites of real people, some of the era, others taken from everyday life.  For better or worse, I have to love them all – well, some more than others – but I do need to live in their skin to bring them alive in order that they live on long after the book is finished.

Do I ever suffer from self-doubt? Probably not. For the most part, self-doubt is destructive and leads to procrastination. Once I have a story I will give it my all and nothing will stop me. Of course, you must be as professional as possible and that includes thorough research, editing and getting the book out to the best possible standards. Perfection is elusive so we can only do our best.

Last but not least, the other reason I write is for my own enjoyment. Even though it’s a cliché, writing a novel has to come from the heart. Readers can sense this. Afterwards, I just hope that I can share with my readers the same pleasure and intensity I felt when writing the story. Not everyone will want to read your work, or even like it. That’s natural. And we all want to win awards, write a blockbuster which is taken up by Hollywood, and become rich, but in the end, if I can take my readers on a magic carpet ride and transport into another world of enjoyment for a brief time in their busy lives, then I have succeeded. Anything else is a bonus.

Code Name Camille. A novella which is part of the anthology, Tales of Resistance The Darkest Hour with nine other WWII authors. 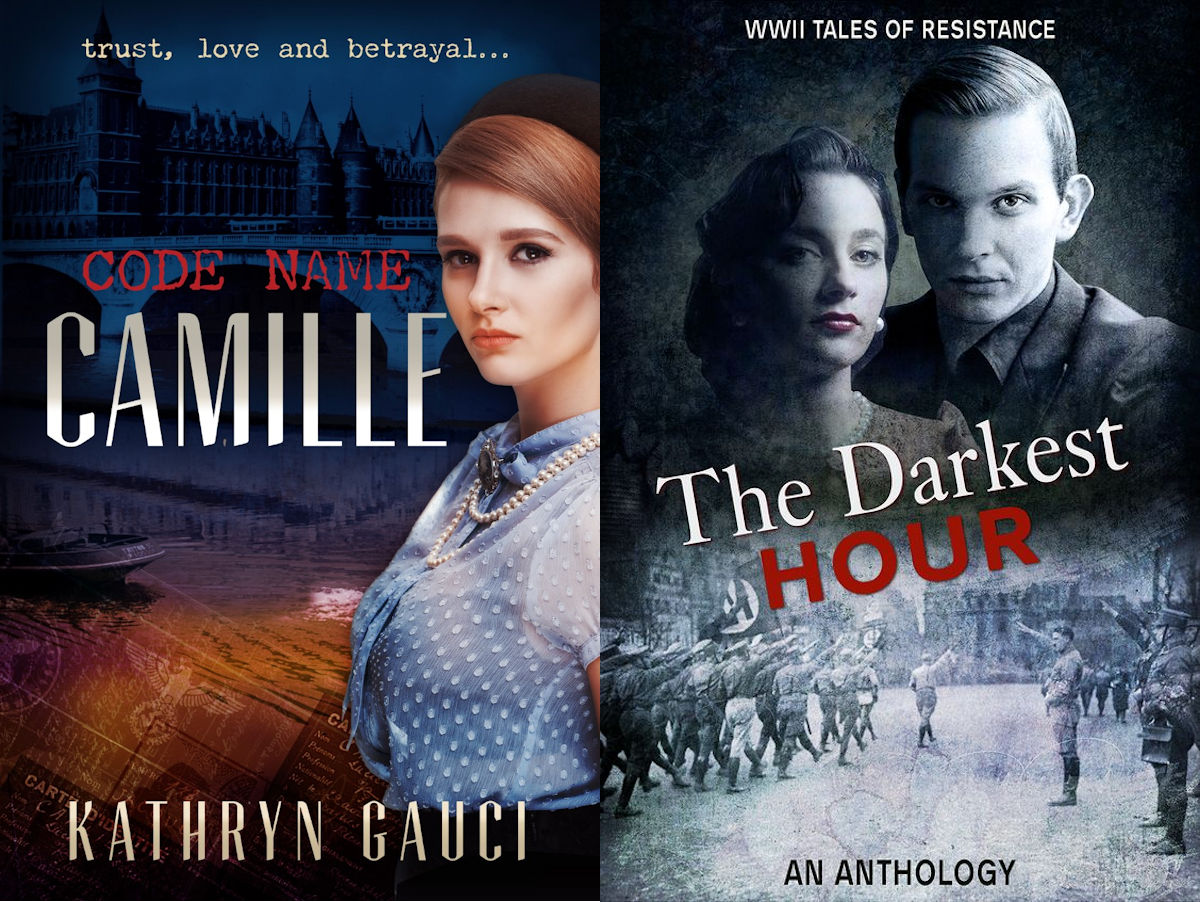 Thanks, Kathryn for a great post. I hope you all enjoyed it.