This week, on the Showcase, I’m happy to Welcome Eric Halpenny,

Thank you, Richard, for this opportunity to share a little about myself and my writing! 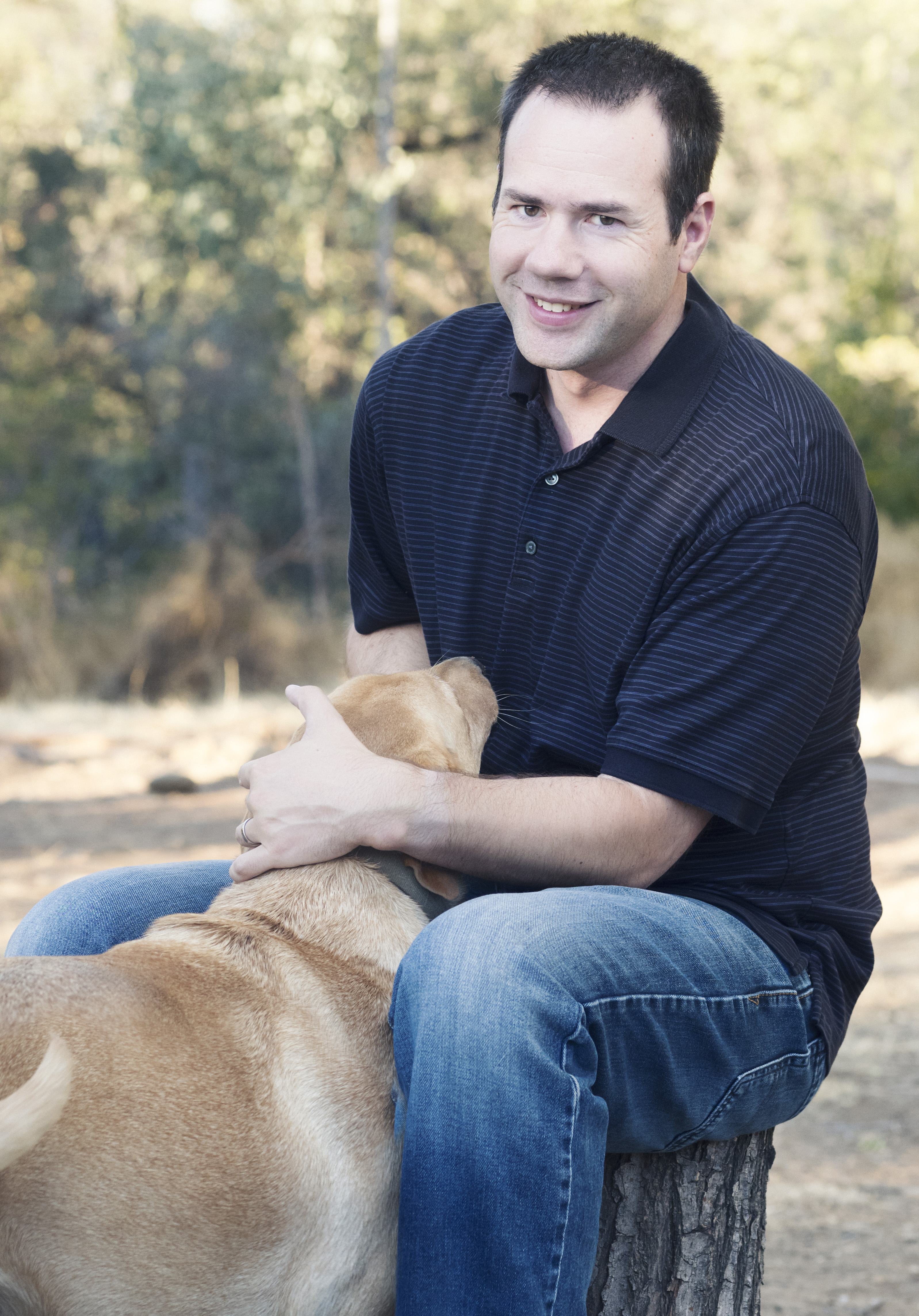 I’m Eric Halpenny, born and raised in Halifax, Nova Scotia. I grew up loving rain, autumn trees, Monty Python, and reading. When I was eight years old, our school installed a technology lab with about thirty Apple IIe computers. I began my writing journey in that lab, a journey which took over thirty years to finally turn into a dream come true.

I’m still working on the story I started back in that lab in third grade. Writing it has been a long and often frustrating road, at times I’ve questioned if I even know how to write in English. But to me it means much more than just publishing my first full-length novel. This story has been a part of my life for as long as I can remember. I started it typing on a primitive little baby word processor but along the way it has spurred dozens of other stories, many short stories and the beginnings of many novels. I published seven of these short stories in 2017 as Thread and Other Stories.

That collection is one of my greatest accomplishments, and something I am happy to have been able to do. I hope there are many more to come. 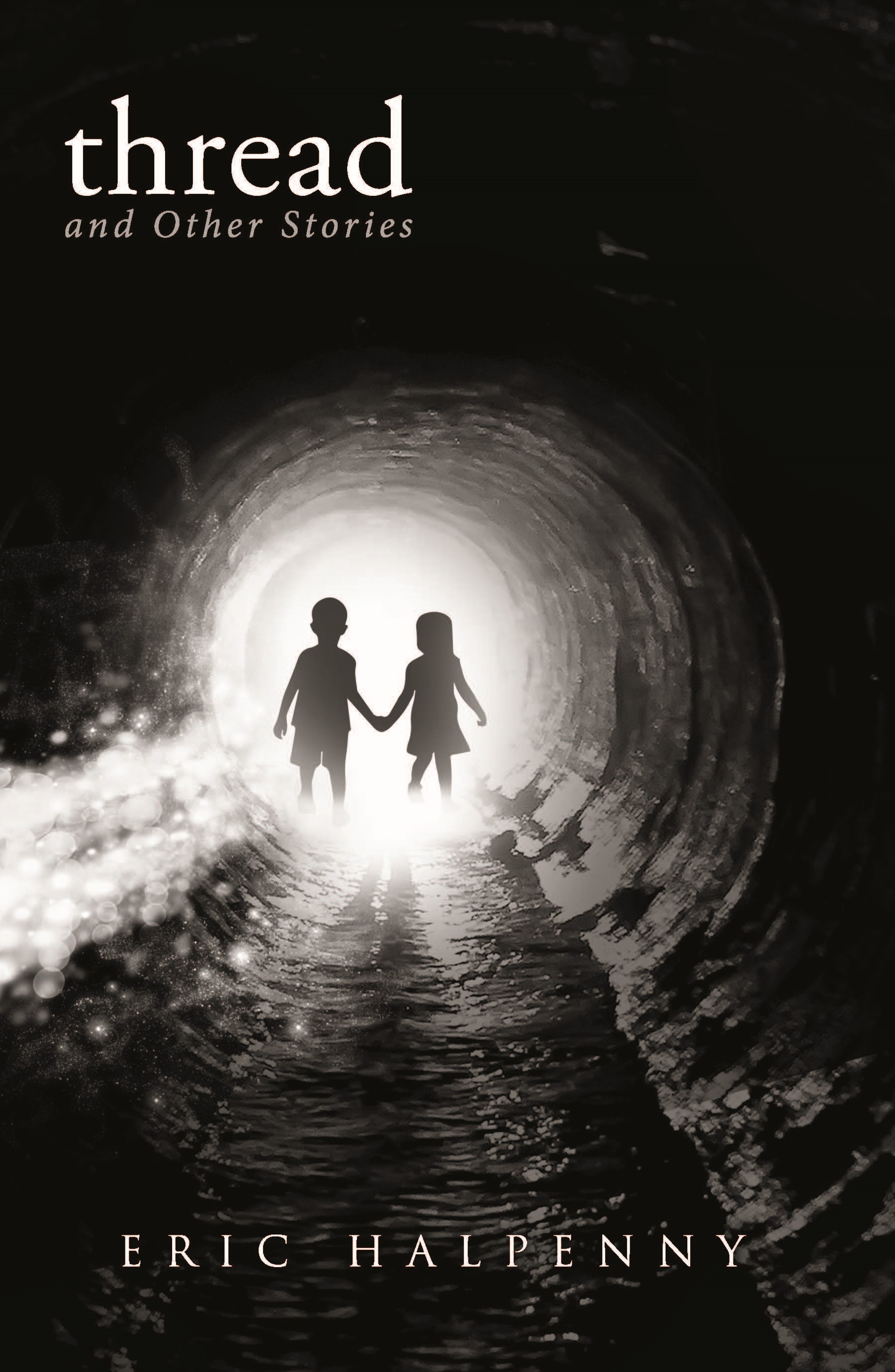 Although Thread is a collection of short stories, and I love that type of writing, my future aspirations are for novels. I love all genres, but right now I’m focusing on fantasy. My original novel is fantasy and is much closer to the finish line than the starting line.

I believe the biggest enemy of a writer is not writer’s block but procrastination. I’m an expert at it. I went so far as to start a blog, which is a perfect example of just how far I will go to avoid actually writing books. My blog covers my thoughts on books I’ve read, one movie I’ve seen (only one—I’ve seen more than one movie, but I don’t want to turn into a movie critic), and then different ideas I have about life. Occasionally I’ll throw in an update on my progress as a writer, or a quick little quote that I like.

You can check it out here: https://erichalpenny.com/myblog. There’s a forum, comments, and plenty of stuff to read. I respond to every comment anyone leaves and would absolutely (truly) love to hear from you. I update my blog sporadically depending on how much I don’t want to work on my books, and I check comments constantly for the same reason.

I think all writers end up in their stories—probably not overtly as characters, but as ideas and beliefs that permeate everything they create. I’m no different. I love to develop characters who act like real people, have real dialogue, and make real mistakes. My characters are real to me, and I want them to be real to my readers too. I hope that readers will not only enjoy the story, above all I hope that of course, but that they will connect with my words and learn something about themselves and humankind as a whole. 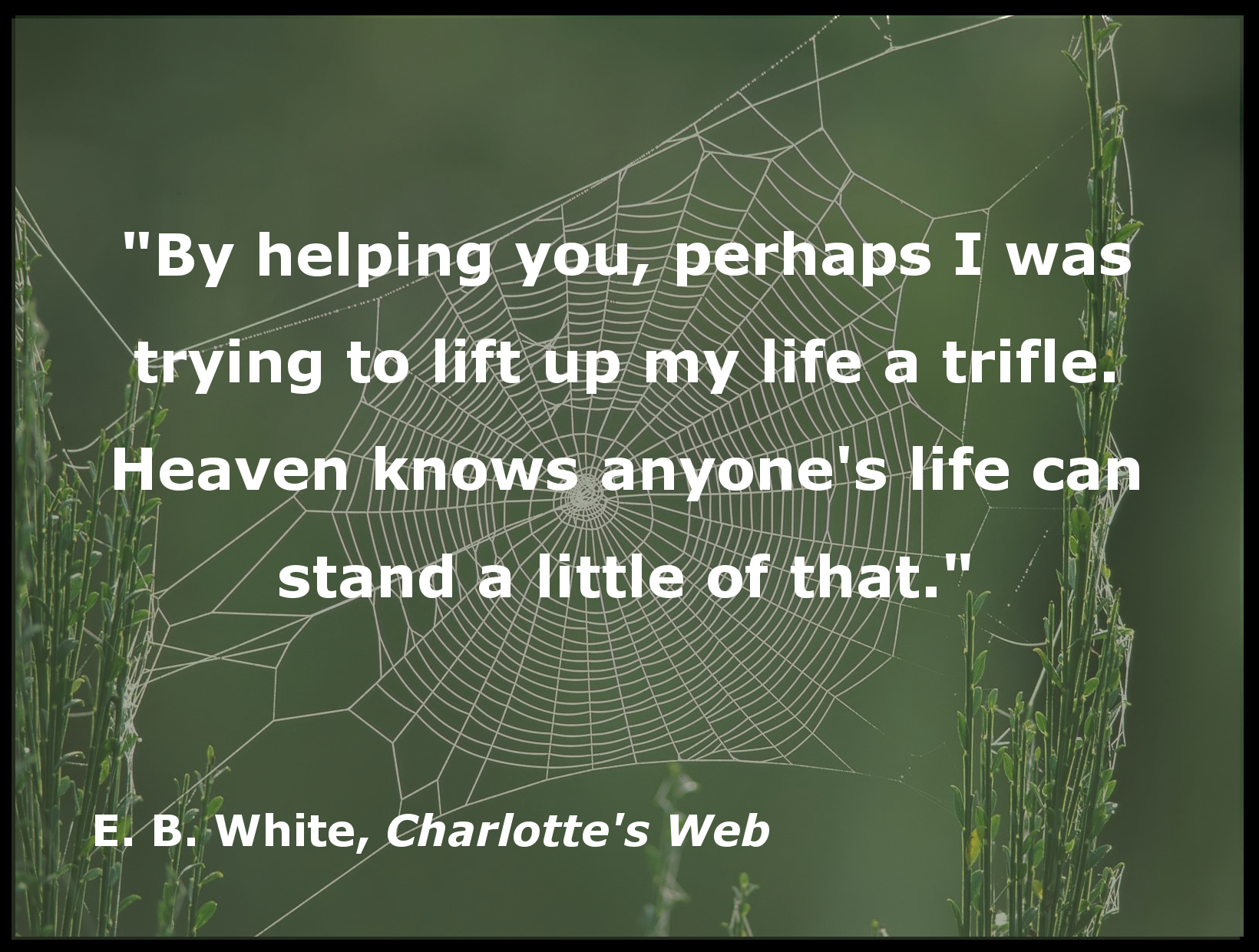 Art, creativity, writing, whatever we call it, has the power to inspire and change people at their very centre.

I hope that through my writing others will think more deeply, feel more connected to people, and become better than they were before. I also hope that by writing, I experience the same things myself.

Please take a moment to enjoy the excerpt below from my short story Thread.

Excerpt from Thread (Thread and Other Stories):

The dirt road leading to their shanty—one of hundreds on the same side of town as the weatherworn church—was dry. The dust, disturbed by dozens of other pedestrians, made a dark, choking cloud. Yannick barely noticed it, though, because it was so familiar. Prudence walked next to him with her head bowed, her eyes mostly closed. She was praying. He knew that only because she always prayed while walking home from the church. Today, though, he didn’t try to interrupt her prayers with his normal antics—he usually tried to fake a snake bite or pretend as if she had a spider on her until he could get her to look at him instead of praying. Today, he too was somber as they walked in the darkening shadows of evening. But Yannick did not pray.

Prudence had tear stains on her face from earlier, and now and then, a fresh drop would course its way down her cheeks. The dust was caking over her wet skin. She didn’t seem to mind. Yannick’s eyes were dry, but his heart was heavy. The words from the priests, although he had struggled to shut them out, had still made their mark on him. There had been so much discussion of “eternal rest” that the words seemed to permeate his every thought.

He wondered what they really meant by that—he thought maybe they meant sleep, but he wasn’t certain. And beneath the thoughts of rest was something else that bothered him more. They had repeated phrases about light shining eternally, or some other such phrase. He wondered at that. He did not think he would be able to sleep forever if there was always light shining on him. Church did not make sense.

At last they arrived home. The soup needed to be warmed up. The one-room house was not much, but it was more than many people had. Yannick knew there were many people in town who lived in cardboard boxes, while he and Prudence had a tin roof. They were lucky. He looked at the rolled-up sleeping mats in the corner and then at the pot on the stove, a quarter full of broth, with the stir stick peeking over its edge. He was hungry.

He kneeled on the floor and lit some twigs under the pot to start heating the soup while Prudence sat on the floor not far away, her head still bowed. Now and then, a tiny sob would slip from somewhere within her. Yannick could only shake his head.

“It’s not going to bring him back,” he said.

The words sounded cold in his ears, but he couldn’t find any warmth to add to them. He knew Prudence would not like it, but she couldn’t cry forever. There was a long period of silence until she finally looked at him for the first time since they had left the church. Her face was upset, not with him, but he would be the target for a moment since he had spoken harshly.

“I know that! But that doesn’t mean it doesn’t hurt inside. Sometimes you have to let that out. You never do, and it will eat you up someday.”

He didn’t look at her, but he thought about what she meant. He shook his head again, just slightly.

“No, it will make me strong against it. How many people in the world died today? Not just one—thousands—maybe millions. Can you cry for all of them? You would spend your life in tears and not change a thing. This was just one more.”

He didn’t really mean all of that, but there was pain inside of him, and he couldn’t just let it out like Prudence did.

She scrunched up her face a little and didn’t respond. He could tell it was because she knew that if she tried to talk, she would cry again—a lot. He looked at her sidelong through narrowed eyes, his lips pressed together in a thin line. He wanted to say something to make her feel better, but he couldn’t bring the words out. Everything always sounded harsh when he tried. He decided not to say anything.

After a few moments, Prudence regained her self-control and said,

Yannick just nodded, keeping his expression unchanged while he stirred the pot.

Prudence looked at him for a little while, obviously still sad and also fuming at his callousness. Then she stood up.

“It wouldn’t hurt you to have some compassion, at least for me. You don’t have to be like this.” She paused. “I have to pee.”

She went outside. Yannick poured soup into the two tin cups that hung from the wall when they weren’t using them. They didn’t have much in the way of firewood, so the soup wasn’t very warm, but it was better than stone cold. He looked at the carved-out wooden cup that still rested on the floor near the door. He almost wanted to burn it to heat the soup, but he knew he could not do that. It was the only thing left.

When Prudence returned, they drank their soup in silence. It was late, and this would be the second night in a row that they would get little rest. They rolled out their mats and lay down to sleep.

Yannick could hear Prudence whispering a prayer before closing her eyes. He just shook his head in wonder at her. She never gave it up, even after it was obvious that God was doing nothing for any of them. Isidore was still dead—and he was dead in spite of the prayers—and he would stay dead in spite of the sorrow. That was what all life was made of—spite and death.

He went to sleep.

You can read more here. 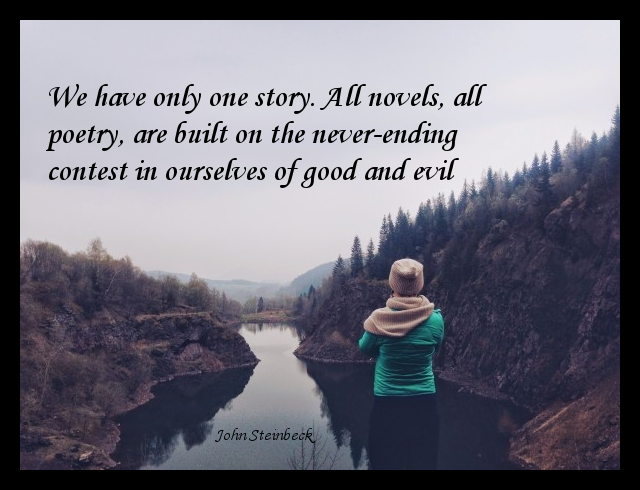 Thanks, Eric, for a great post. I hope you all enjoyed it.

Don’t miss next Thursdays Showcase post, and my musings every Monday, next time, I’m talking about NaNoWriMo 2017.