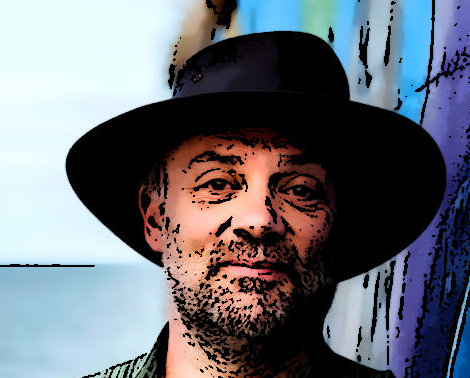 Way back in January, while life was still going along in the old normal, I started the process of getting some of my novels made into audiobooks.

The first one was completed in May. Life and Other Dreams has attracted several glowing reviews so far. And one that was not so good, never mind.

Now it’s the turn of my 2015 NaNoWriMo novel Ribbonworld, which has been excellently narrated by Stephen Bungay.

Ribbonworld is a conspiracy Sci-fi thriller addressing questions of power and responsibility on a galactic scale. It has a sequel, Jungle Green, the audio version of which is currently in production.

Here’s a rough idea of what to expect from Ribbonworld.

Miles Goram has a problem. All the down-on-his-luck journalist planned on doing was writing a hotel review and now there’s a body in his bathroom.

Far from home on a strange planet, Miles must deal with the fact that somebody wants him dead. Welcome to Reevis, a planet without days or nights where life is only possible under a vast pressure dome.

It is on this airless wasteland that Miles finds himself caught up in a mystery involving a huge interplanetary corporation, a powerful man and his ambitious PA, and a beautiful young heiress who has been missing for years.

Crossing the galaxy in search of answers, Miles begins to uncover a web of deceit that stretches further than anyone could have imagined. With his life becoming at greater and greater risk, he realises that there is no one he can trust.

Will he discover the truth and finally come to terms with his past? And, if he does, will it be enough to save his future…?

I have a limited number of FREE codes for Audible users, for both the U.K. and U.S. sites. To get one, before I run out, just comment below and if I still have any left, I’ll send you one of them.

You can listen to a sample from Ribbonworld here.

‘Review a hotel for me,’ she said. ‘It’ll be easy,’ she said. I haven’t even got started and there’s a body in the bathroom.

It was only supposed to be a hotel review, all Miles Goram wants to do is finish up and get off Reevis as quickly as he can. It’s an airless planet where everyone lives under a giant dome, not the sort of place he wants to be stuck on. The body in his bath has really fouled his plans up. Then he discovers the dead man’s secret.

Miles gets drawn deeper into life on Reevis, he finds corruption and mistrust everywhere. Balcom Industrial treat the place like their own kingdom and discourage any questioning incomers. As a journalist and ex-convict, Miles is top of their most unwanted list.

If the death threats and the fact that everyone trying to make him leave wasn’t enough, there’s the added distraction of a missing heiress thrown in.

Suddenly his life has got very complicated, Miles wants answers. If only he can live long enough to find them.

There’s a new bookfunnel promotion for Sci-fi mysteries. Including one of mine. Check it out at