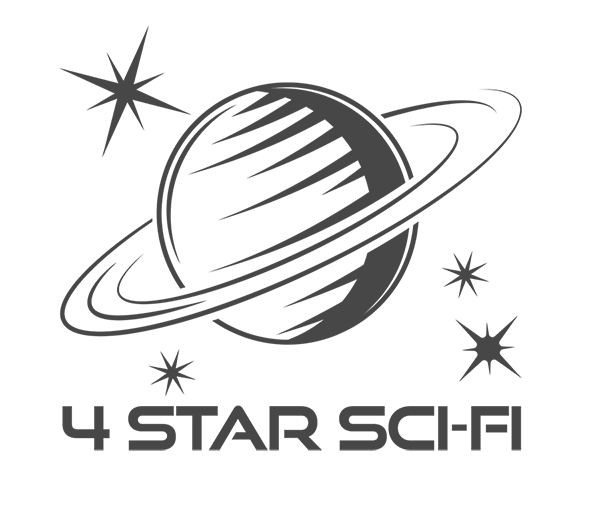 I do love a grand adventure, and the Steampunk genre gives me the perfect opportunity to create them on an epic scale, using the works of Jules Verne and H.G. Wells as a template, along with themes such as those found in the movies Sky Captain and the World of Tomorrow or The League of Extraordinary Gentlemen.

In my books set in Norlandia, I’ve created a place where all the technology is based on Steam, as it was in the 1850s. Having no oil or large-scale use of electricity has allowed me to develop branches of science and engineering that were either ignored or never existed. Things like super-efficient clockwork mechanisms, steam or gas-powered vehicles and weapons.

And when you do that, you begin to see there is no reason why you can’t have just as technological a society as we have today, it just works in a different way. What people forget is that devices such as the earliest computers were created long before electricity made them faster. Or that the properties of matter are independent of the means of harnessing them.

The possibilities for parallels with our world are endless, especially if you don’t let your alternative society remain static. As the stories unfold, you can add new inventions and ideas, based on what happened in our history but given a twist so that they fit into your creation. Even with cutting-edge technology, things that we are just starting to do now can be made commonplace, when you start from a different point. And as you do, you see that there is often more than one way of achieving the same result.

In my Norlandia series, I’ve featured prosthetics controlled by the mind, gas-powered aircraft, clockwork monorails and steam-powered robots. As well as some things that we cannot do, at our present level of capability.

In the tradition of grand adventure, as well as the good people, like Horis Strongman and Jackson Thwaite, the ones who will stand up for what is right, we also need a cast of villains.

There will always be those who want to misuse this new science to take over the world. I’ve found them, and their misguided dupes from the world of academia and practical science. Men bitter at the way they have been treated, or with thwarted dreams of grandeur. I’ve given them a grudge and thrown them into the mix. The eternal battle between good and evil can now resume, in a new location.

I’m currently working on two separate threads in my Steampunk timeline. The first features the man who started it all, Horis Strongman, and his continuing quest for a quiet life, in a world that’s constantly changing.

The other concerns the adventures of The Orphan Detective agency, charged with keeping the world safe from assorted mad scientists and megalomaniacs.

To find out more about my journey into Steampunk, and Norlandia, click here.

Here’s an extract from The Safety of the Realm, the Orphan Detectives latest adventure.

The man waiting on the wharf was substantially overdressed for the conditions. Dark patches marked his light brown suit, where perspiration had soaked through. It was early morning, the sun had barely risen yet already it was hot and humid. He was unwilling to remove his jacket, the concealed gas-gun in its leather harness would be revealed and he was unsure of the reaction that might get from the local officialdom. A stranger in a strange land, the weapon was unlicensed, its possession by anyone not in uniform against the laws of this particular state.

The wharf and its sheds were perched on the edge of the jungles that covered the island. A dirt road, little more than a track, led away into the trees. Months of rain had made the vegetation fecund and helped to grow the valuable seeds and barks that gave the place its name and value. A large settlement was hidden among the trees, yet from this position on the wharf, you would never guess at its presence. That was the advantage the Islanders had in times of war. More time was spent searching for them than in actual engagement. The man knew this from bitter experience, yet now, at least for the present, they were all friends together.

Gazing out towards the ocean, the sweating watcher could see a large metal steamship, its white hull and rows of glass portholes reflecting the low sun as it approached the breakwaters. About time too, he thought. Another day in this place would be too much. He had spent the previous night in an airless room, under a net to deter the insect life. All his meals on shore had been one or another type of Khorri, with no ale to wash it down. It was worse than the last time he had been here, even though then he had been a young man fighting the inhabitants. He scowled, now they were supposed to be his allies, yet too many of his friends had never returned to allow him to think of them as such. Drawing his thoughts back to the ship, and its comforts, he saw that there was a white wave breaking from its bow, showing that it was not reducing speed to engage a harbour pilot.

The ship, the King Leopold, was one of the new breed of passenger-carrying vessels. Known as cruisers, they catered for the new middle classes of Norlandia, those who had been elevated in monetary status by the industry of the country.  Ships like this departed Norlandian ports regularly, taking the wealthy on excursions to foreign climes such as this place, although the man wondered at the attraction. The purpose of his journey resided on board, they were not expecting him and he was apprehensive at the reception he would receive.

Norlandia was civilised, the climate temperate, apart from the heat and humidity, there was nothing here but dust, flies and an odour that was hard to describe, yet sufficiently obnoxious as to be unpleasant. He had arrived several days before, directly from Metropol City on a trading vessel. It was presently moored in a decrepit harbour on the opposite side of this island, he would be returning to it as soon as his mission was complete. Its purpose was to discharge manufactured goods and load exotic foodstuffs for its return journey.

He would have liked to remain on board; at least it was crewed by people from his homeland. Any hopes of that had been dashed, it had been forced to divert, to allow for the arrival of this vessel.  The cruiser had come from one of the Spice Islands on a more circular route, this was his only chance to catch up with it, there were people on board whose co-operation was required by their masters in Metropol City.

The vessel was less than a cable’s length away now, still coming at speed and showing no sign of altering its course. Its bow would hit the wharf almost directly in front of the man, yet he stood firm. The vessel was close enough that he clearly heard the shout of “hard to starboard if you please, full revolutions astern,” from the ship’s wheelhouse.

Slowly at first, then with increasing speed, the bow started to swing away from the wharf. Surely it was too late to avoid even a glancing blow with solid land? There was the rattle of chains as the offshore anchor was let go, the sound of a bell ringing. Smoke poured from the monster’s twin funnels. The ship’s stern dropped deeper as its propeller was reversed and bit into the water. Under its influence, and the drag of the anchor, the vessel turned its head away faster, its forward motion faltered.

There was the clanking sound of steam-mobiles from the large wooden shed that framed the rear of the wharf. His attention distracted for a moment, the man watched as two mobiles appeared, one went to each end of the wharf, where large yellow boards were placed, one marked with the word Bow, the other Stern. Several men disembarked and stood, waiting. He could also hear the sound of approaching equines, the jangling of harness and the squeak of poorly greased axles.

No doubt the locals were arriving to tempt the vessels passengers on excursions through the jungle and settlement in open carriages. And they would be selling trinkets at inflated prices, his foreign appearance had already made him a target of every purveyor of such things that he had met.

When he looked back, he was surprised to see that the ship was stopped in the water, parallel to the wharf and twenty feet away. Its propeller had stilled, as he watched, light ropes were thrown to shore, as the men heaved on them, heavy mooring lines came with them, to be hooked over bollards. The ship’s winches must have been engaged; the hull was pulled sideways and was soon tight alongside. As a gangway was rigged, the man looked up at the crowds lining the decks. Practised eyes spotted the two people he was looking for. At the same time, the female of them opened her mouth in shocked surprise, she waved, he saw her turn to her companion.

The man walked to the bottom of the gangway, where he showed a slip of paper to the crewman. Allowed past, he climbed the steps and repeated the procedure at the top, pushing his way towards his targets. He arrived in front of them, “I’m so pleased to see you both,” he said, “it’s been quite a journey to find you. Can we go somewhere private, we need to talk urgently.”

The male looked him straight in the eye. “Mr Fairview,” he said, “according to Langdon, we are supposed to be on a leave of absence, what can be so important?”

“It’s not just a leave of absence,” the woman added. Dark haired and intense, she fixed the man with a steady gaze, “we are on our nuptials.”

“My apologies Jessamine, Jackson,” the man replied, unflinching. “The safety of the Realm is at stake. I’m sorry, you are required.”

The woman gasped, put one hand to her mouth and grabbed her man’s arm with the other, “not again?” she exclaimed.

The Safety of the Realm will be published sometime in 2022.