Do pets (or other animals) play an important part in your books? Tell us about them.

Writing Science Fiction gives you the license to create entire worlds and their contents. Although my main focus in many of them is on the people and places, I have included animal life in several of my novels and used it to add another dimension to the plots.

In my Sci-fi adventure, Survive, I crash-landed a group of explorers on an unknown planet. When they started to explore, they found that it was in the early stages of evolution. I gave them plenty of wild animals to keep them on their toes as they tried to stay alive until they could be rescued. To add to their plight and sense of disorientation and helplessness, I kept the species close to things that we (and they) would recognise. Which meant carnivorous apes, snakes and large birds of prey, as well as a few marine creatures. The animals were intended to remind them of the home they might never see again, with just enough subtle differences to emphasise that they were “not in Kansas anymore.”

While that was fun to write, I found myself wanting to create something more. I came up with a fearsome flying beast to inhabit my Steampunk world of Norlandia. I wanted it to be the sort of thing that Victorian explores might have bought back from their adventures. A strange beast to delight and thrill the society of the day. I called it a Drogan, which is a clue to its form but, unlike its namesake, it doesn’t breathe fire. Instead, it has acquired a bad reputation from its habit of stealing and eating sheep and small children, as well as disrupting life in general.

It has a large part to play in the development of the Horis Strongman series, and a smaller one in The Orphan Detectives stories. To solidify it in my mind, I wrote a description of the animal, in the style of a Victorian encyclopaedia.

I included it as one of the world-building vignettes in my Steampunk short story collection, Tales from Norlandia.

That most noble of Beasts.

(Taken from “The Child’s Guide to the Wonders of our World,” nineteenth edition.)

The Drogan is probably the most maligned of all the beasts in creation, having an ancestry that can be traced, through bones discovered in mining operations, back to the dawn of time.

However, they are seen as a pest and a danger to civilised life, they should be approached with caution and killed where possible.

In its adult form, the female Drogan is around ten to fifteen feet long, from snout to tail-tip, with a span of eight to ten feet. Males are around a fifth bigger again, although those of the North tend to be smaller than the specimens of the Western Isles. The central portion of the body is rotund.

The skin is scaled, not unlike that of an anguine or vipa, it can be coloured from black to golden red, depending on the mood of the beast. The sanguine beast is black or dull, the more agitated it becomes, the lighter the colour, especially around the wattle.

The legs are short and stubbed, having four simple toes. On the ground the animal is ungainly, using the joints on its wings for balance. These are equipped with long sharp claws, which can inflict a fatal wound.

The wings themselves are no more than a thin membrane-like fine leather, held in position by a series of bones radiating from the main limb. This membrane is prized, being used in the manufacture of fine grindery. The flesh of the arm muscles is considered a delicacy, whilst the rest of the carcass yields little of edible virtue.

The real danger from the Drogan, however, is from the jaws. These are capricious and equipped with many teeth. The long tongue is also armoured with many barbs.

The head sits on a long, sinuous and extremely mobile neck, heavily muscled. The eyes are set back above the jaw and command a wide field of view.

In flight, the Drogan is graceful and swift, it can outrun ovines and small equines, which it will attack and consume. There are tales of it carrying away human babes and small children.

Drogans tend to hunt in groups of four to six, considered to be the basic social group. They are intelligent and show coordinated behaviour in stalking and surrounding prey, isolating weaklings and driving their chosen victim in the direction desired.

They mate for life, producing a clutch of eggs in spring. The male and female take turns on the eggs, which hatch after around sixty day’s incubation. The young are capable of flight at birth, although they tend to stay in the roost until several months of age, fed by the parents.

Lifespans are a matter of conjecture, it is thought that they live for close to one hundred years, little is known about the means they use to communicate, sharp squawking seems to be their only means of articulation. All attempts to communicate with the beasts have so far met with failure.

If one is under attack, the advice is to lie flat, head down and cover the neck with the hands. Immobility results in the beast losing interest, the worst that can be done is attempting to run.

If armed with a suitable weapon, the vulnerable spots are to be found under the chin and around the point where the arm meets the body.

So now you know!

Now see what the other blogs in this hop have to say by clicking below. 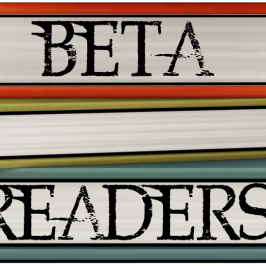 Before my new masterpiece sets out into the big wide world, there’s a group of...

I reviewed the first part of this series a while ago Then I read the...

Back in 2013, in my first novel, Freefall, I introduced a character called Ballantyne Alysom....

Welcome back to another blog hop, with #OpenBook. Here’s this week’s prompt. Plot twists…do you...

I’ve been a fan of Helen Christmas for some time. I enjoyed her Same Face...

Welcome back to another blog hop, with #OpenBook. Here’s this week’s prompt. What historical/public figure...