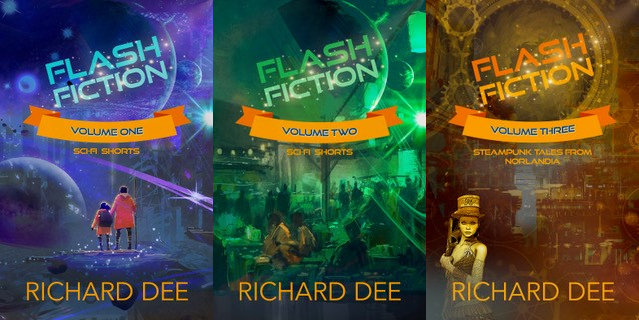 Taken from my collection Flash Fiction 2, here’s a short story for the season.

Maybe you were Right

She smiled, she had a nice smile, it was a pity that it hadn’t been on show more.

We had agreed to stop work on Christmas Eve and relax for forty-eight hours, apart from the essential safety stuff. The agency had supplied us with vacuum packed festive treats, but to be honest liquidised mince pies weren’t exactly enticing. But as we couldn’t have crumbs floating around in the cabin everything was made to be eaten through a straw.

“Perhaps its reindeer,” I said, she leaned across and punched me on the arm.

FREE eBooks: Fantasy & Science Fiction Reads for December!
Searching for new worlds at the end of 2020? Look no further! Check below for FREE ebooks in fantasy & science fiction! Click on a title and enter your email to get the book in your inbox. You can also press the “right” and “left” keys to tab through the ebook pages.

Bundle up for some space opera shenanigans!
Searching for your next favorite sci-fi story? Look no further! These bestselling authors have teamed up to offer a delightful selection of new books. Available for a limited time.