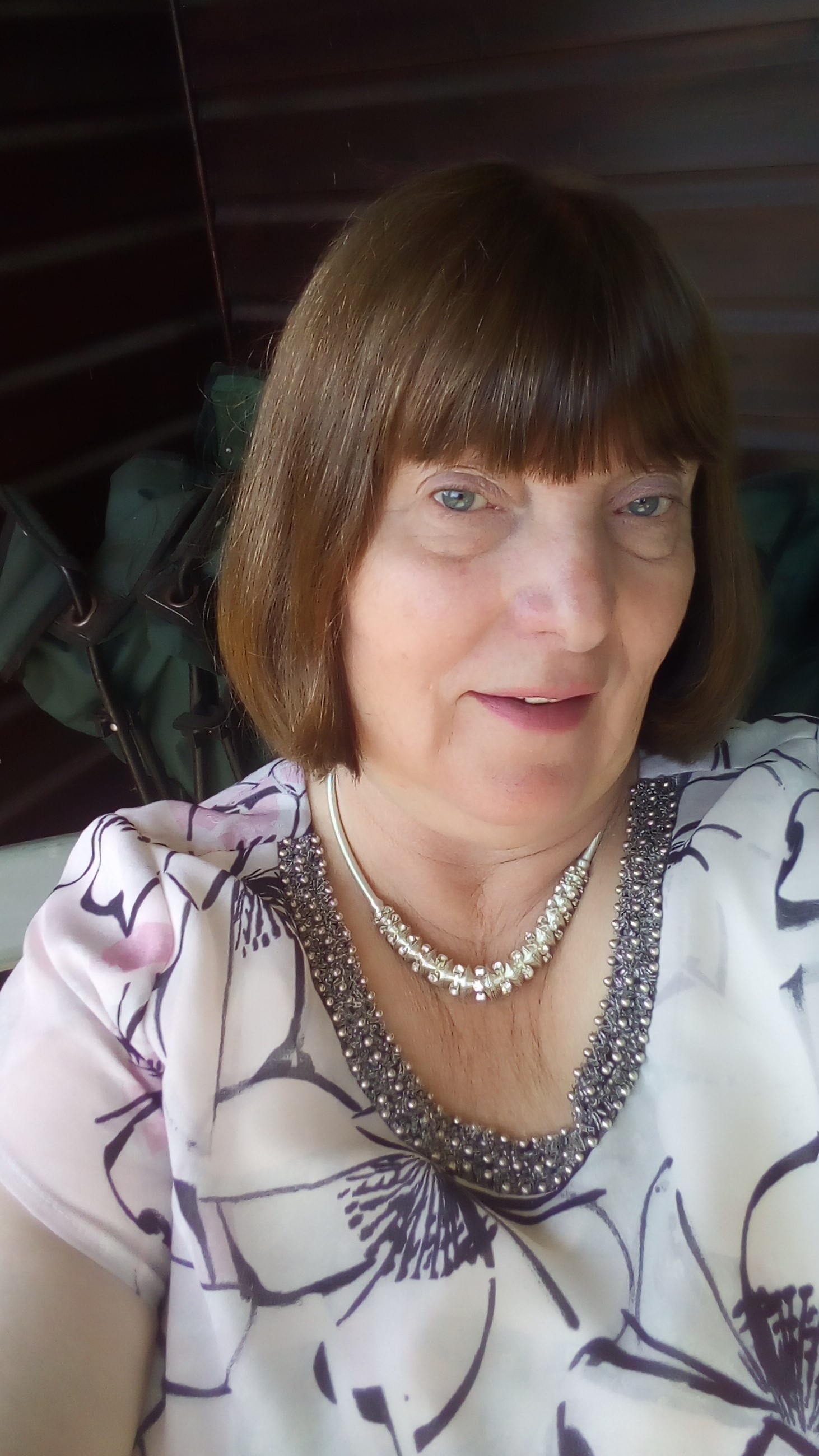 Hello Richard. Thank you very much for inviting me on to your blog to tell people about me and my writing experience – and my books.

I’ve always been an avid reader. My sister and I had a collection of well over two hundred books between us when we were children, mainly by Enid Blyton. I loved all the adventures of the Famous Five and all her other characters.

Because I read so much, even though my education was patchy due to my poor health, I could write well, even as a child, with a good understanding of basic grammar.

However, many years have passed since then and although I loved writing, being the mother of six children kept me too busy to think about doing anything else! When our youngest was ten, I trained, at the age of fifty, as a teaching assistant. I then experienced ten years of frustration trying to encourage children to write!

About two years before I retired, I became Facebook friends with the brother of two girls I’d been at school with – a special school for ‘delicate’ children. David and I became firm friends as we shared our memories of the school and then discovered our mutual love of writing. We joined a poetry writing group and then graduated to a fast fiction group. He was my mentor and taught me a great deal more about writing (he was a retired lecturer). Together, encouraging each other, we embarked upon writing a book each. I wrote my first book, ‘The Sixpenny Tiger’ in 2011, and I thought that was ‘it’, I wouldn’t be able to think of anything else to write. But I was wrong. I retired in 2012 and in that year I wrote three books, ‘Bell of Warning’, followed by ‘Rosa’ and then ‘Robin’s Ring’.  I never considered publishing because I couldn’t afford ‘vanity’ publishing. Eventually, David published his books with Lulu and I discovered CreateSpace and decided to go with that. I published ‘Rosa’ first and so my journey began. I published five books before David died; he was a fan of each one.

I have now published eight books for adults, a small book of poems and short stories and a book for children, the aforementioned ‘Robin’s Ring’, now beautifully illustrated by Kathryn Green, an artist who lives near me. My experiences working with children in school led me to write Robin’s Ring. I knew that many children who love stories don’t always have the reading ability to read Harry Potter, so I wanted to write a fantasy adventure story that would be easy to read. All the settings mentioned in the book are real places around the area in which I live; again, I wrote it with the intention of encouraging local children to be interested in their surroundings. They love it but children in other places enjoy it too. The second Robin book is being illustrated now and I hope to publish it in the spring.

When I’m asked what inspires me to write, I usually say a building or a place where I sense an ‘atmosphere’. Many of my books have a paranormal element but they are not horror, more mysterious. I love old buildings, especially ruins, and I’m currently writing a ghost story inspired by a ruined mansion that’s a few miles from where I live. Gwrych Castle in North Wales inspired my ‘Castell Glas’ Trilogy, and a very old ‘black and white’ farmhouse I lived in years ago inspired ‘Aunt Bea’s Legacy’, a book I intended to be a one-off but has become a series, and I’m about to publish the third in the series, ‘Fear Has Long Fingers’. A challenge for me; while it’s set in the peaceful Herefordshire countryside, its central story is a dark crime, so I found myself writing about police investigations, which I don’t know much about! It was fun though.

I write because I love writing and when a story is buzzing around in my head, I just have to get it down. I don’t keep to a particular genre, which I suppose is against all publishing principles but as I write mainly for myself, it doesn’t matter to me. I have a growing fan base, small but faithful, and they await each new book impatiently! I haven’t tried to get published conventionally because I don’t need another career, being retired. I’m my own boss and I can put books out or not as I wish to do. Over the years I’ve ‘met’ so many other authors who are all great people and they’ve helped me tremendously and I help them whenever I can. It’s a good community to be part of and I love it.

Links to my books (UK and US)

http://bit.ly/2Robin1jtf   Robin’s Ring  (Paperback only as yet) 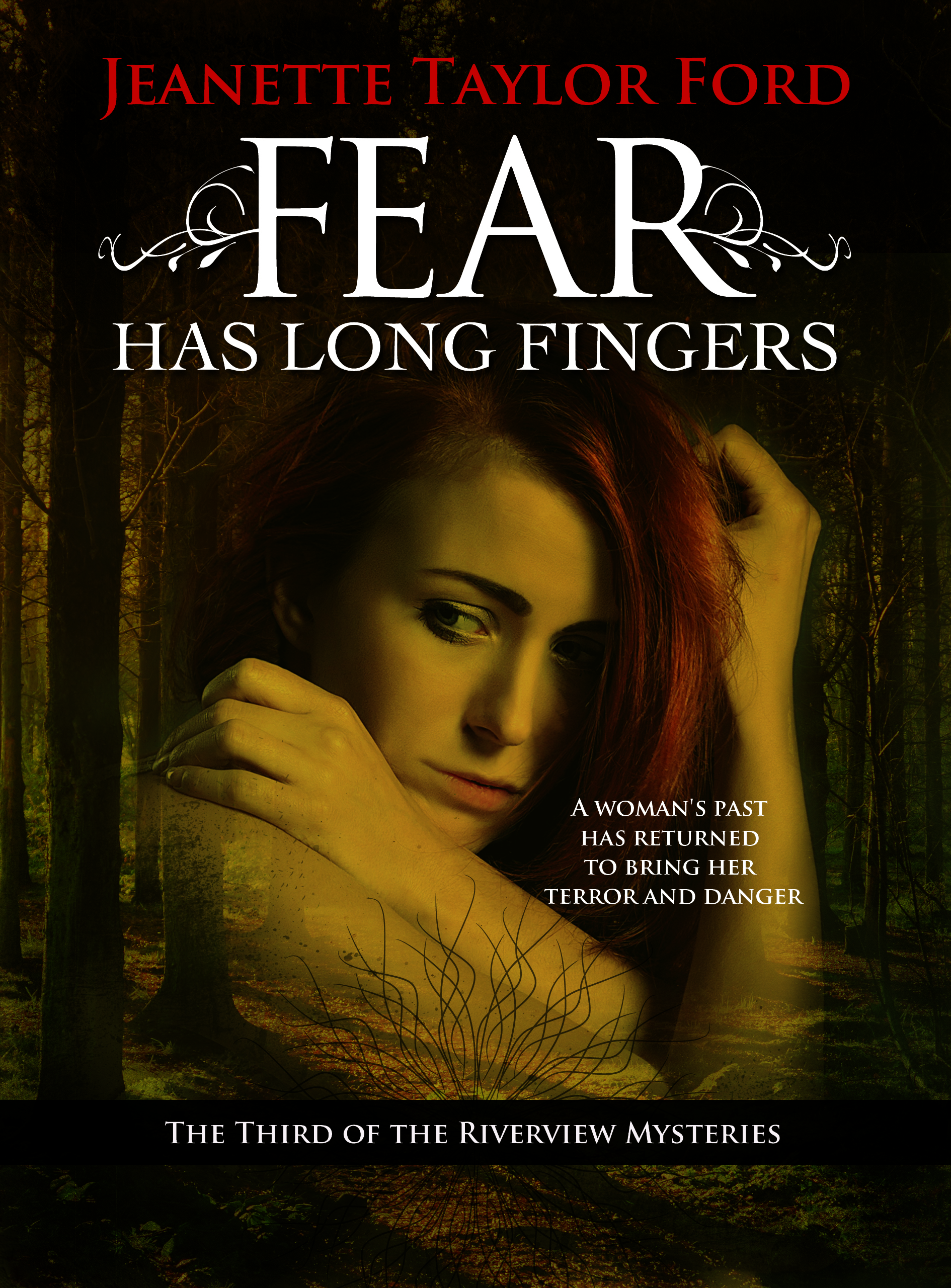 She was half dragged by the two men towards what looked like a deserted mansion or similar. Even in the dark, she could see that some windows were boarded and some were broken. They went in through a door at the side, which led into a plain hallway. They opened a door and shoved her through it. Then they picked her up and laid her on a hospital-type bed against the wall. She started to scream then and kick them. Someone else came in then. She was sure it was a woman, but she had a mask on that looked like a woman’s face. She stopped, surprised. The men held her down and the woman put something over her mouth and nose. She opened her eyes wide and tried to struggle but a moment later she closed her eyes to the blackness. She never heard the door slam and lock behind the three as they left her.

Thanks, Jeanette for a great post. I hope you all enjoyed it.