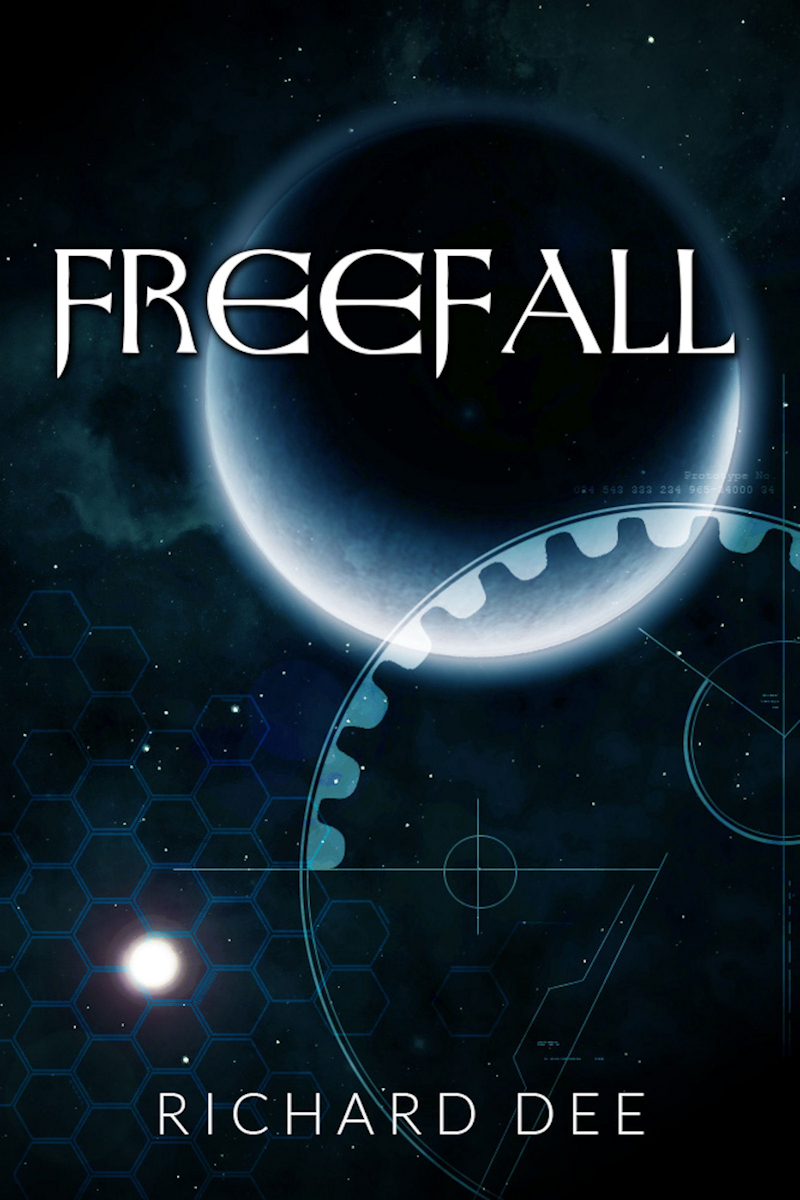 I do like a nice sunrise, and I’ve seen a few. There’s a beautiful binary on Wishart, and the Red Dwarf of Jintao, with its rosy glow lighting the mist rising off the grass sea. But any of them, even the boring ordinary ones, look so much better from orbit.

There’s no warning, one minute space is black, the planet’s edge may be fringed with a haze of atmosphere, instantly a line of brightness appears and grows quickly into a disc. It has the viewport polarizers working flat out to take away the glare before you go blind.

But for that moment, I get a surge of well-being, a feeling that it all starts again, and that maybe this time, things will be different.

They were the first words I ever wrote, the opening paragraphs of Freefall. They were meant to convey the sense of the character, how he longed for a new beginning. The idea was to give me a reason to tell you about his past, present and future. And for you to want to know it. They survived all the edits and revisions, largely because, as well as hopefully getting you interested, there was a little of me in there somewhere.

Throughout history, the sunrise has always been seen as a new beginning, a place to start again.

Looking back, I can see the influence of the sunrise in my work since, and the place that it all comes from.

You see, I’ve always felt an affinity with the sun. I used to use it to find my way about the planet, together with my trusty sextant – back in the days when I was a navigator on merchant ships. The sun was my guide and when I was on watch between four and eight in the morning, its appearance was a chance to calculate the error of the compass by amplitude observation. And it also meant that breakfast was on the way! It regulated working hours in a lot of places, its position in the sky signifies the seasons and its eclipses inspired awe in our ancestors.

If you’re writing science fiction, suns play a part, they are as essential as a good hyperdrive. They can create or enhance the atmosphere in a story set in another world, just like it can do here. However, the alien sun can be anything you want it to be, a different colour, perhaps even a binary. It can be another character in your story, a hero or a villain. You might see it from a distance as a point of light as you travel the galaxy, or as a tennis ball in the sky from your vantage point at the outer reaches of a solar system.

I like to walk along the cliffs at sunrise, every day if I can. I’m very fortunate that I live ten minutes walk from the coast at Sharkham Point. Regular walking along the same route also means that I get a good view of the changing seasons. Most days the sun is a part of the scenery, in a different part of the sky as the year progresses but always there. Sometimes, I’m lucky enough to see a really inspiring sunrise or effect of the light.

Here are some of my favourites from recently, even when you can’t see the sun, it still has an influence. Its heat can produce mist or fog or just cast a shadow behind some strategically placed clouds. 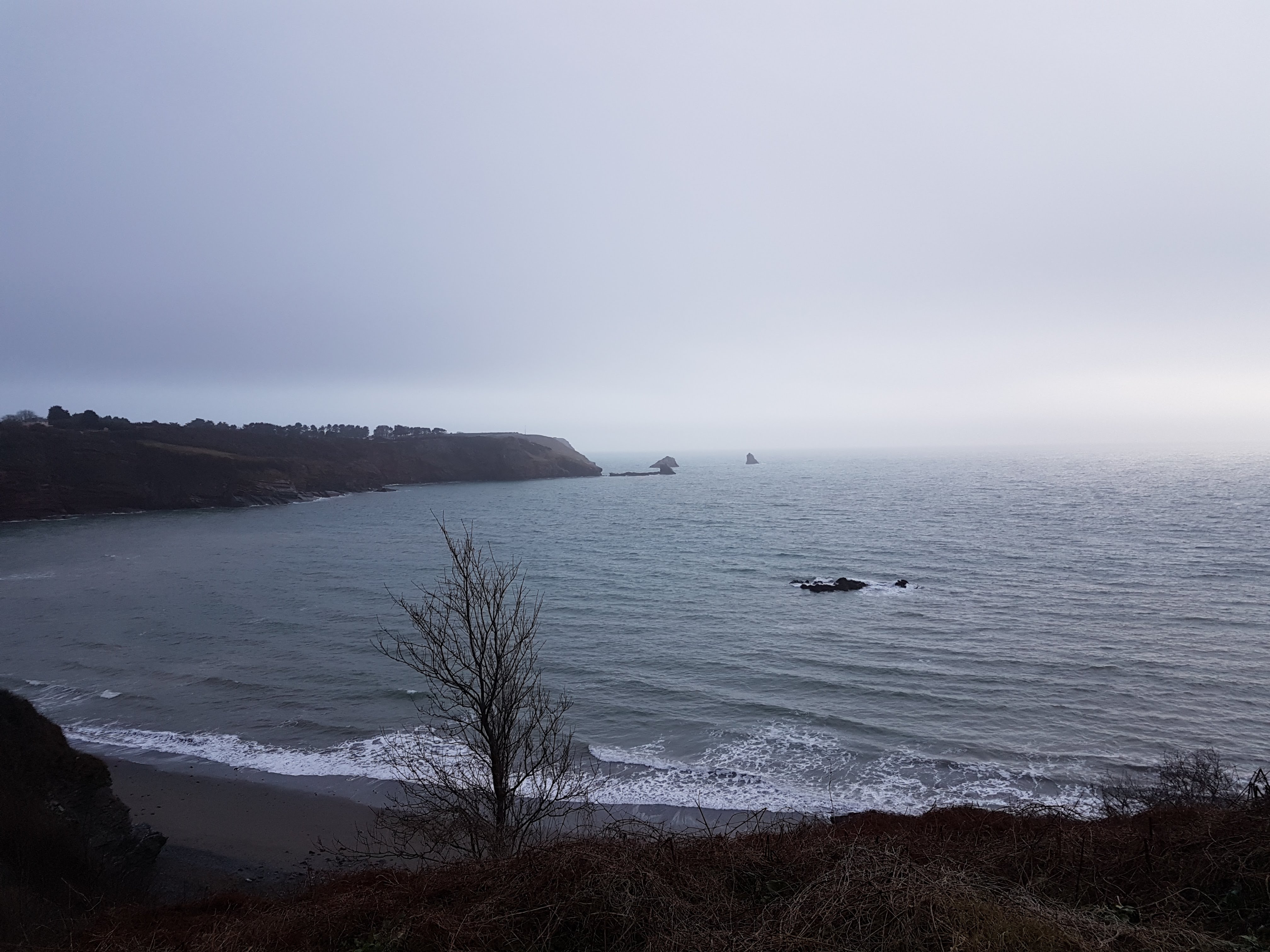 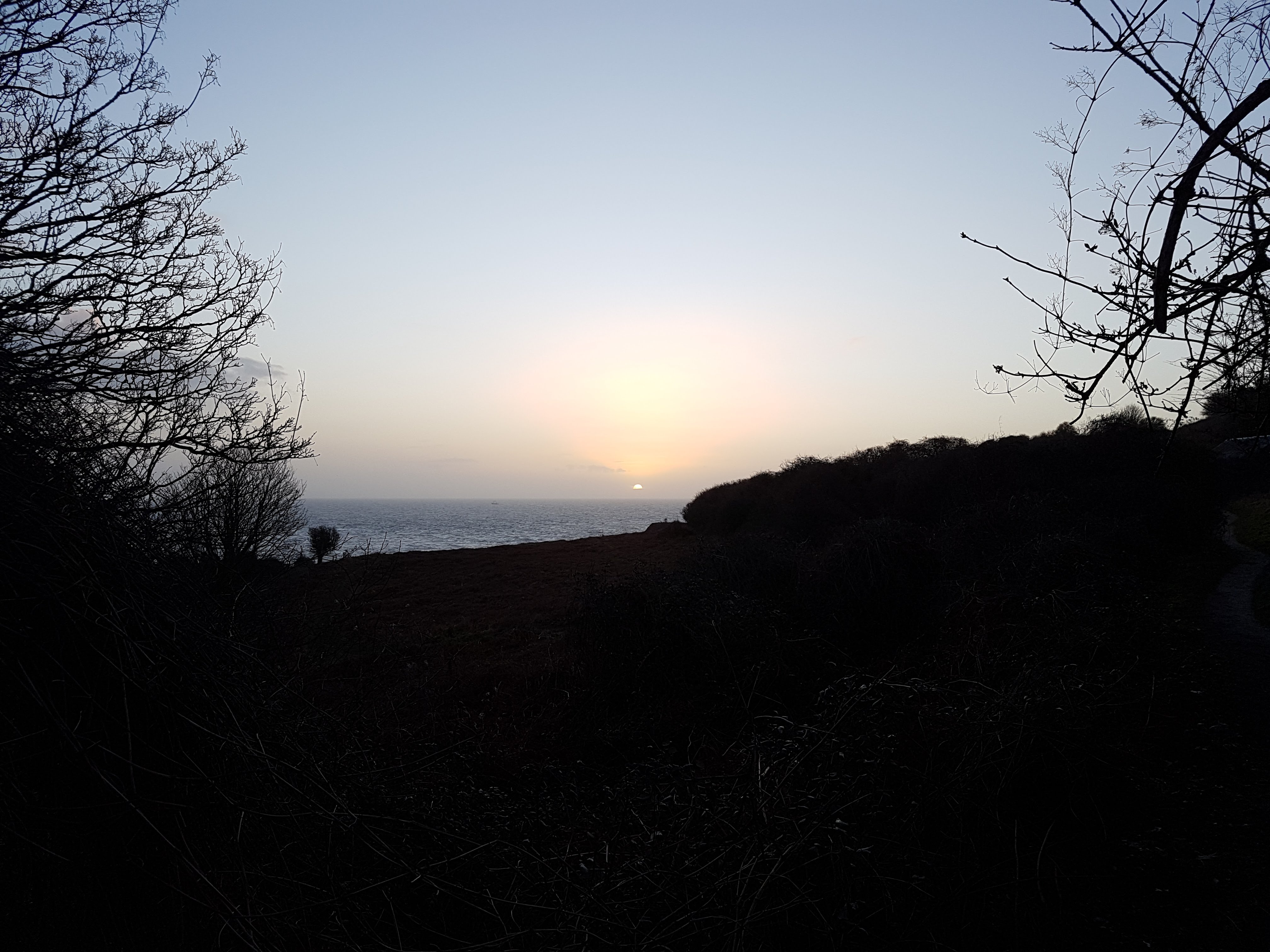 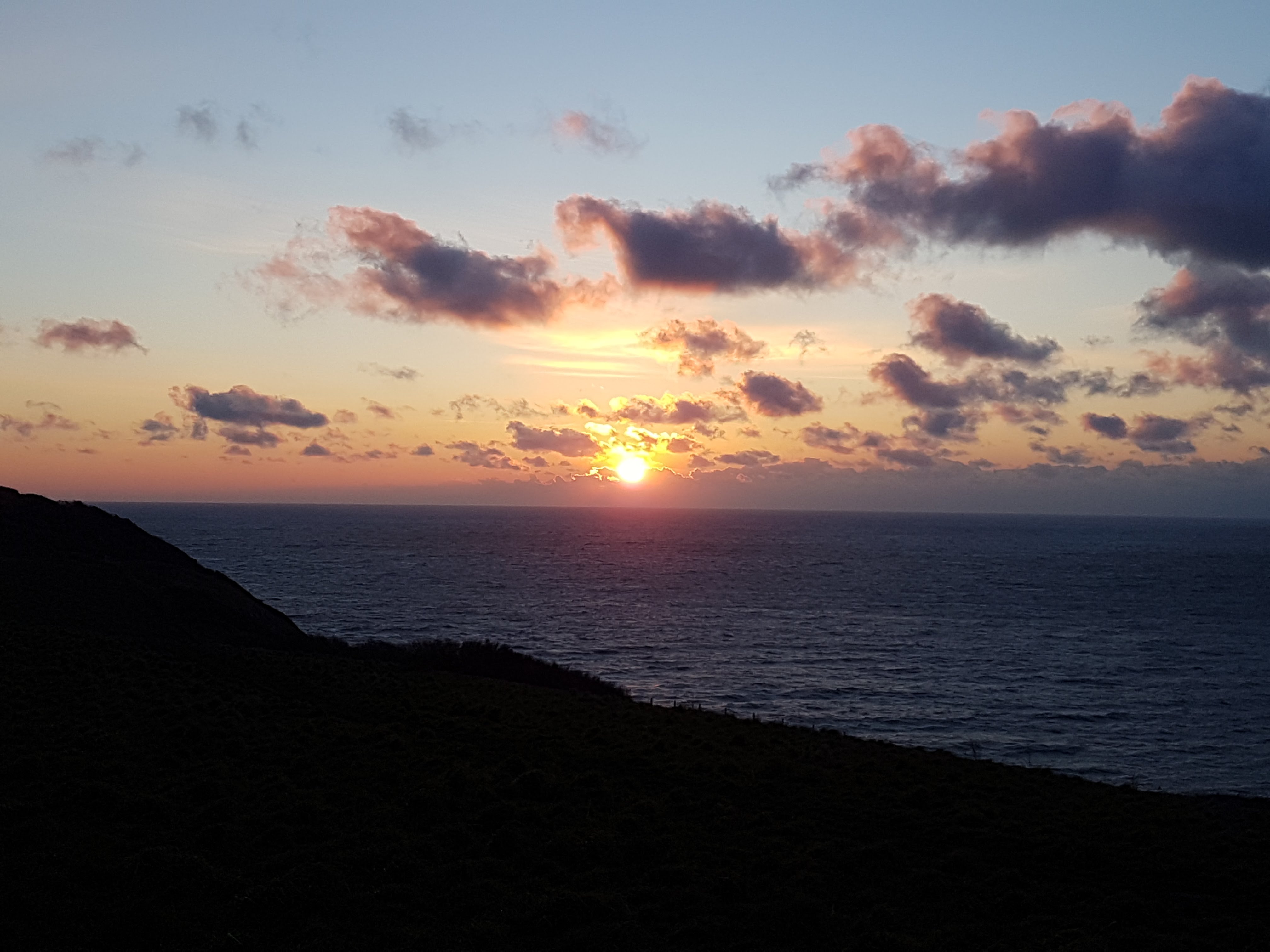 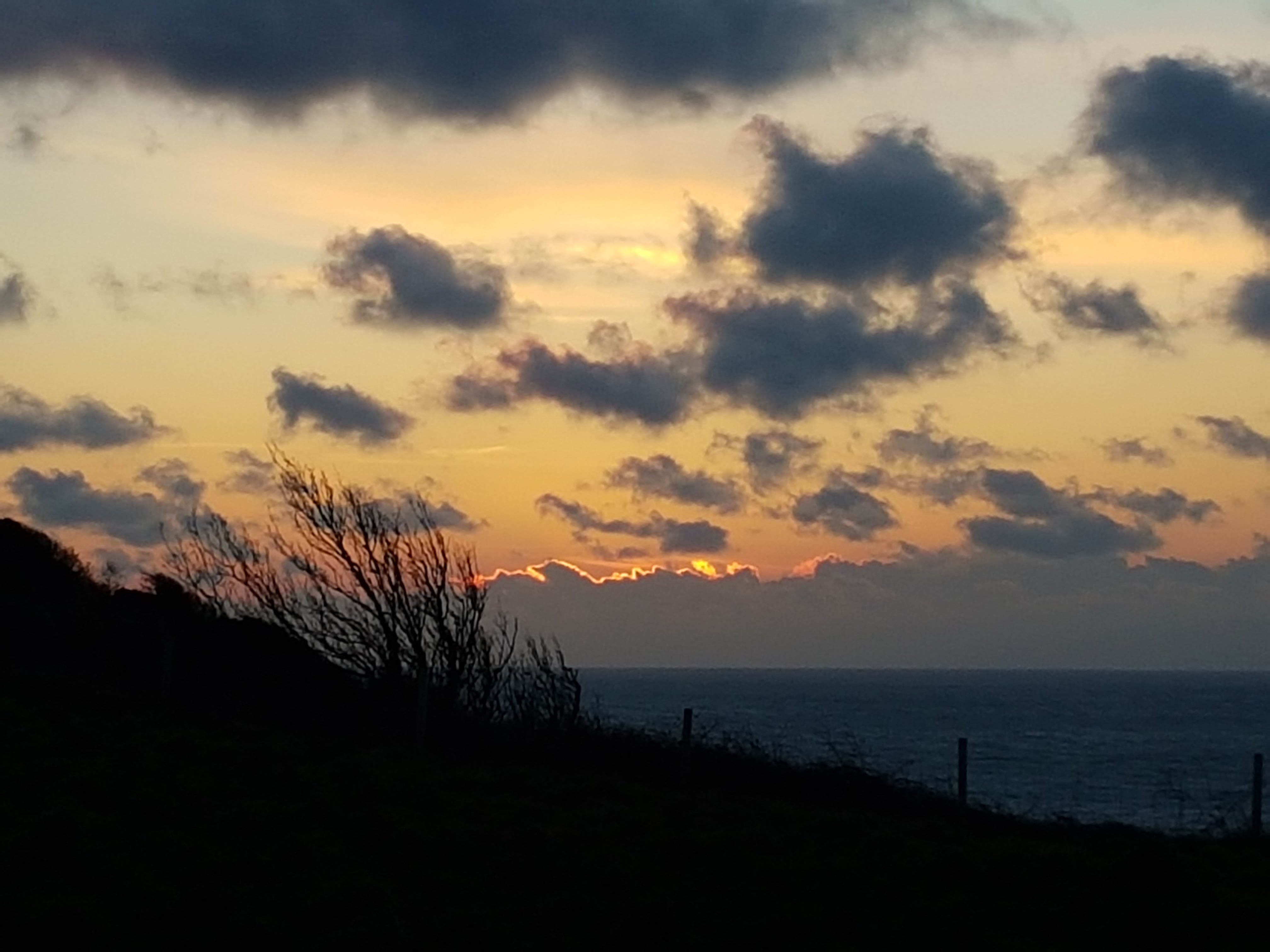 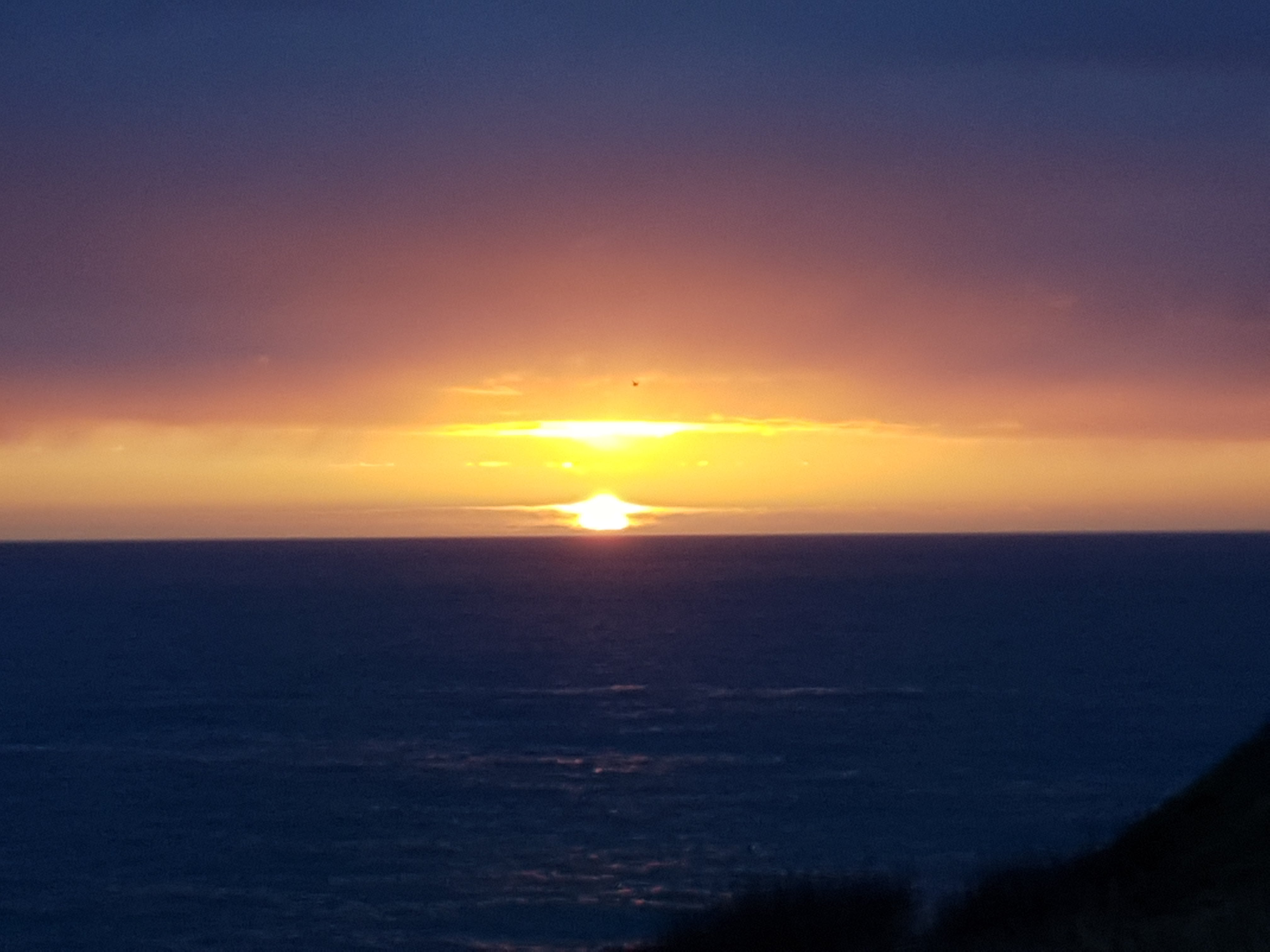 My morning walks, very often without seeing another person, have given me all sorts of inspiration. While I enjoy the early morning and watch for the first hint of the sun on the horizon, I can plot and plan. I get ideas, talk through scenes and refine dialogues to the background noise of gulls and waves.

From the musings of Dave Travise to the weather on the planet Ecias, they’ve all been born by the sun and the sea. Even the events in my soon-to-be-released adventure Survive! are conceived in the suns of Certus 2-21. That fictional star system has its own origins on the cliffs of Sharkham, where I watched its cousin take to the skies.

Welcome back to another blog hop, with #OpenBook. Here’s this week’s prompt. What’s your best...

What I love about Steampunk, is the way that, by choosing which of today’s technology...

Welcome back to another blog hop, with #OpenBook. Here’s this week’s prompt. What software do...

Also known as quitting while you’re winning. Before you get all excited, no I’m not...

Welcome back to another blog hop, with #OpenBook. Here’s this week’s prompt. Is there a...

Since the end of November, I’ve written very little. A lot was going on in...

Join my newsletter to keep up to date with all the latest information about me and my worlds. As well as news of what I’m doing when I’m not writing, you’ll get extra content and early bird offers on new titles. Look out for a FREE Novella, The Lost Princess, when you sign up. Just click the picture.