It’s the end of June; halfway through the year! That’s a rather terrifying thought, perhaps it’s time to take stock.

This post is a bit of a mixed bag.  As things have been all over the place in my life, with several things going on at once, I thought that my post could reflect that. I’ve had a bit of a wobble, with various personal issues and it’s clear that I haven’t written as much this year as I did last. I was comfortably writing 40,000 words a month last year, I don’t think that I’m doing half that so far in 2018.

On the plus side, I’m a lot more involved in reviewing and promotional work, my emphasis seems to have shifted somewhat. I’ve still got novels in progress, two completed ones at varying stages of editing and production and ten(!) more in various stages of writing, it’s just that after publishing three books last year, I’ve gone on to other things. Including appearing at literary festivals and other events. I have a selection of my novels, short stories and other goodies on sale and I’m always amazed by how many people want to chat about writing, self-publishing and their love of books. And I usually manage to sell a few as well. 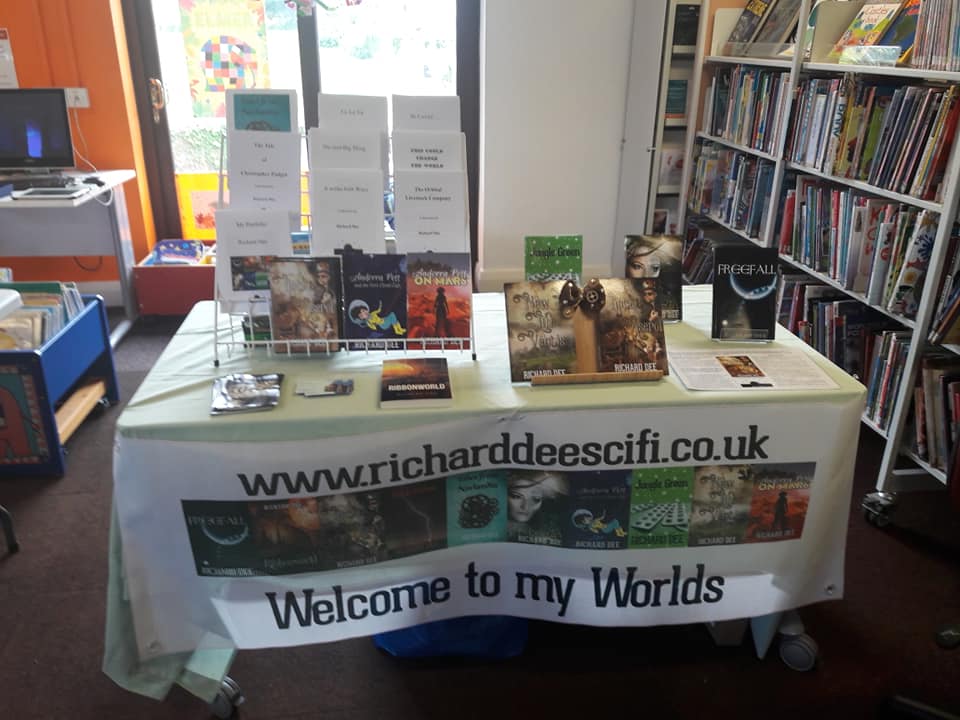 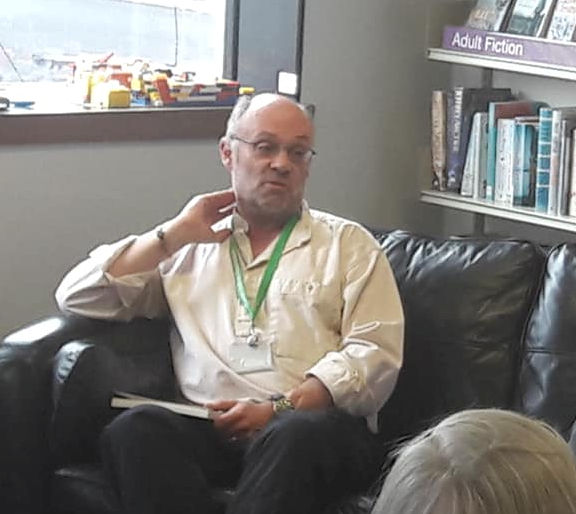 Anyway, I was guesting on the sofa at Crediton Literary Festival, talking about my amateur detective Andorra Pett when the question came, “Why do you write as a female?”

Up to that point, I hadn’t thought about it, I write what I write, as a male or female voice in first or third person, I just write what’s in my head. If the character happens to be female, well that’s what they are. As I don’t consciously plot what I’m going to write, it doesn’t matter.

I tried to explain that way of thinking to the questioner but I’m not sure that they could see what I meant. I think the idea of voices in my head telling me what to say got them a bit flustered. I then described the rich vein of material that a wife, three daughters and two granddaughters had provided, how they were all part of Andorra Pett. This seemed to be more a more acceptable concept, so we left it there.

Talking to other authors, I  get the impression that the voices in the head thing is not that unusual.

We also touched on the subject of actually getting the words down. I explained that as I can’t touch type, it was often a surprise to look up at the screen and see what I had written. Somebody asked if I had considered using any of the speech to type software that’s available. I said that I had, but that I found it hard to get on with, personally, I found it difficult and awkward. Then again, maybe that was me feeling self-conscious about talking to myself. But, if I can cope with voices in my head, talking to myself should be a breeze. I’ve decided to give it another go.

We will have to see how I get on this time. I’ve re-installed it and done the additional voice training; it appears to be a lot more accurate than I remember, as long as I speak slowly and clearly. It will be a new departure for me. But with over 600,000 words to write I need all the help that I can get. I’ll let you know how I get on.

The first thing I’m going to try it on is the prequel to Ribbonworld. It doesn’t have a formal title yet, but it will deal with the events that led up to Miles Goram being on Reevis, at the start of that adventure.

Next week, I’ve got my book bloggers hat on and I’m reviewing a book that a year or so ago I might not have chosen. Since I started reviewing for various blog tour hosts and review sites I’ve learned that there is no genre that I don’t like, so long as it’s well written and entertaining, the setting is unimportant.

Here’s a banner to get you into the swing, you can see what I thought of the book next Monday, meanwhile, there’s another Showcase on Thursday to look forward to.  Don’t forget, you can catch up with all the previous posts in the series by clicking on the tab in the title bar. And if you want to feature, just let me know.