Hello and welcome to the feature on Absolute Darkness, in association with Rachels Random Resources. First, here’s news of a great giveaway offer from the author.

An IMPORTANT note from the author:

#FORLINEARS puzzle: Please check out the virtual blog tour and you might find some embedded fun in the imagery. 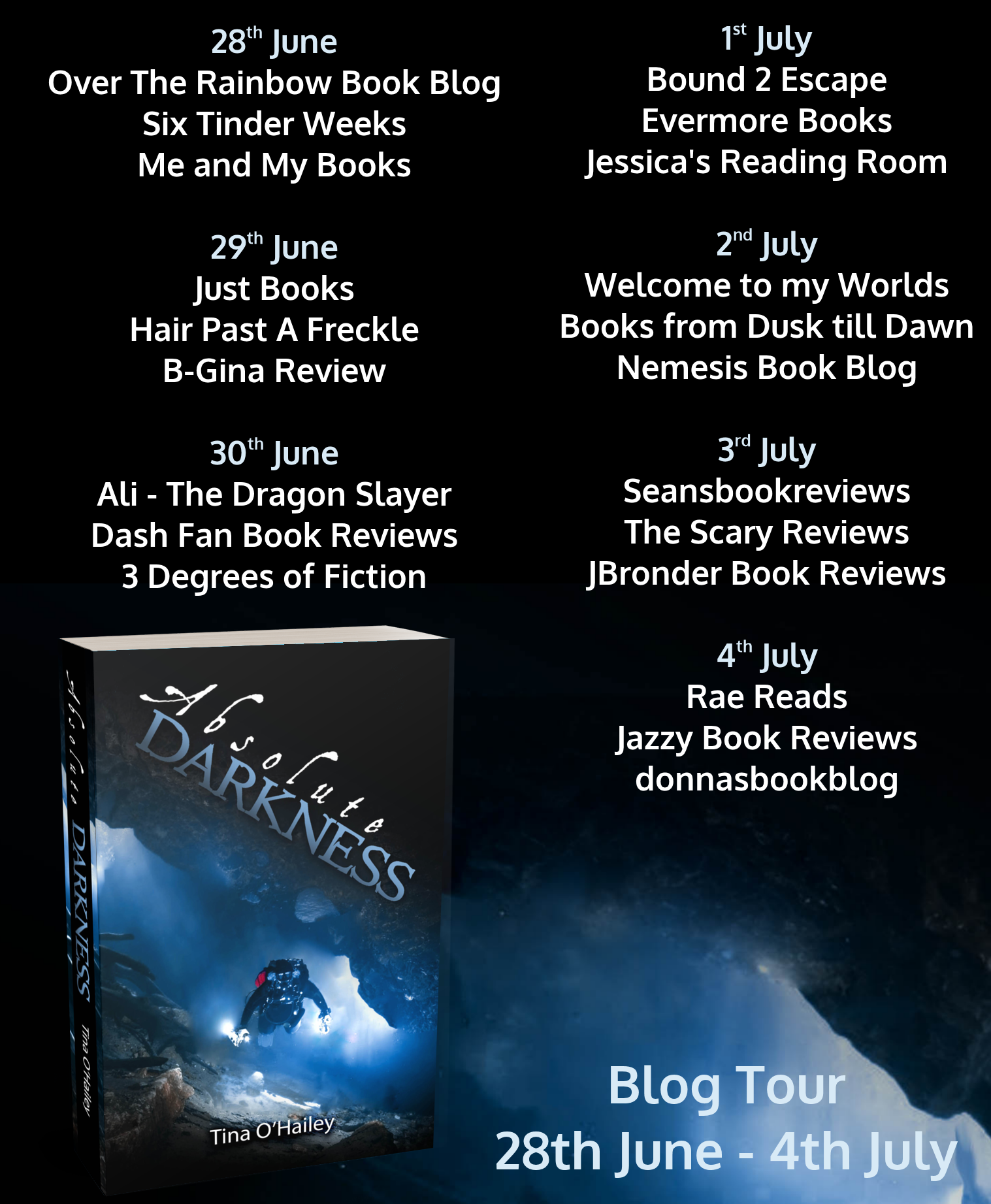 Now, let’s get down to my thoughts on the book. 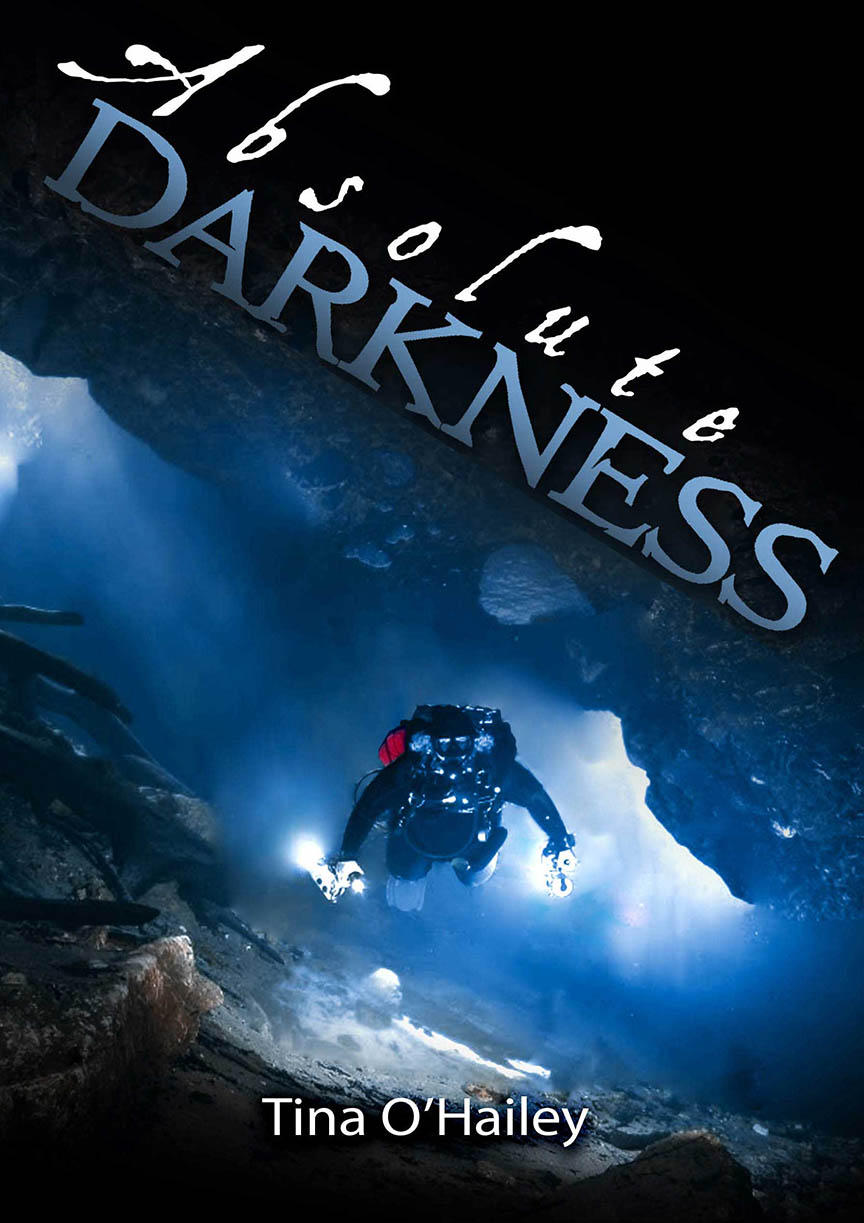 A thrill ride through time that will make you hold your breath.

Sitting by the campfire, Brandy admitted a secret to her friends. She swore she saw a ghost when exiting a cave earlier that day. Was she seeing things? Did they believe her? The next day, breaking a cardinal rule, she snuck back to the cave alone. No one knew where she was. What if she fell or was trapped? There would be no rescue.

For ten thousand years Alexander had kept the time streams of this universe safe from an eternal destructive force that continually threatened to tamper and destroy all. Locked in an unremitting battle, the two foes become sidetracked by an unexpected visitor. An entangled journey begins with chilling twists and turns until becoming locked into an inescapable death deep within a submerged cave.

Who will come out of the watery depths alive?

The eternal battle between good and evil rages on, it’s been described before, but never like this.

Well, this was a change from what would normally read. As it happens I loved it. There’s a lot of build-up to the meat of the story, we start with two threads that seem unconnected.

A wealth of atmospheric and factually accurate introduction takes us into the world of underground exploration, in caves and water. It’s clearly the author’s passion and she brings it to life. There’s something going on in Brandy’s world and it involves her friends Mark and Susan. The action is initially centred around the cave they’re exploring and what Brandy might have seen there.

Meanwhile, in another thread, the aforementioned battle is drawn between two other characters, it soon becomes apparent that the worlds are connected, the only question is how will they collide?

And when they do; about halfway through, it’s a real shocker, beautifully written.

The second half of the story describes what results. Now there are things that must be done. Will the plans succeed? There’s tension, pace and plenty that could go wrong, all cleverly wound together with a developing romance.

Overall, the world building is great, it’s plausible and well thought out. The expertise that the author clearly has is used to good effect, some of the descriptions are literally breath-taking. The ending provides a logical conclusion to the story, at the same time leaving things open for a sequel.

My verdict, a well-deserved 5 Stars.

Introduction: Brandy swore she saw a ghost at the entrance of a cave. Here she is sneaking back to the cave alone to try to sate her curiosity. Did she see a ghost? Or was it something else? 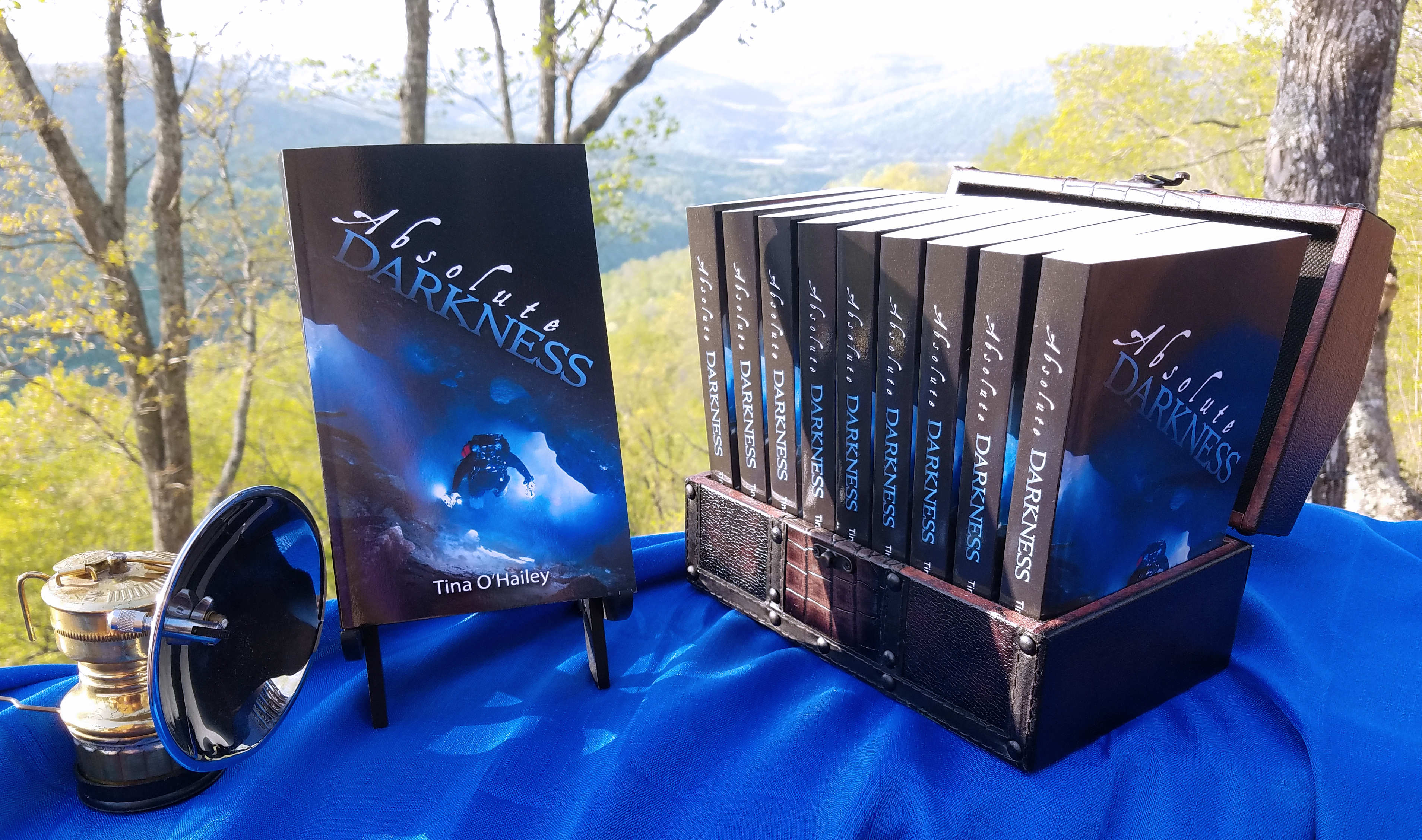 She only paused for one moment to consider the two rules she was breaking. She was caving alone and no one knew where she was. If she fell or had any trouble, there would be no rescue party looking for her.

Brandy descended the rope for the short drop. Her pack got caught on the rock lip for a moment and she had to negotiate it and herself through the small space. The hole was in the top of a dome room and opened up into a free drop for about thirty feet. She descended slowly and looked at the formations on the ceiling and walls. Her light played across rock curtains, stalactites stretching to meet stalagmites, and ribbons of wavy rock running along the dome sides. An ascender that was tied to her seat harness had come free and dangled. It swayed slightly and clunked against one of the ribbons of rock, called bacon due to the stripes visible in the rock when lit from the side; it made a melodic dong sound.

She paused her descent by pulling the bottom bar of her rack up to pinch the rope. She held the bar tight with her left hand. With her right hand she reached down and grabbed the rope tied to the ascender and tried to reaffix the ascender to a loop on her seat nearness. The ascender fought back and refused to clip in; her gloved hand slipped and the ascender fell from her grip. It returned to its dangling position. She looked towards the ground; her feet were only four feet away from the floor. She dismissed the dangling ascender. It swayed and clinked against the wall.

Her light swept across the rock floor and cast long, wavering shadows. One shadow jumped out across the floor so quickly it caused her to start. The shadow hadn’t been there before, but it was now, and it was of a man lying on the ground.

She yelped “Whaaaaa!” and tried to jump backwards, an impossible feat when hanging on a rope. Brandy started to spin. Her dangling ascender caught in a crevice in the wall. It clanked and the force of her momentum was caught short by it, yanking her backwards. Brandy’s left hand slipped off the braking bar; though her right hand stayed firmly gripped around the rope, it was not enough. She inverted at a 45-degree angle and the spinning caused her head to smack into a rock ribbon. The sound was not nearly as melodic as before. Stars danced in front of her eyes and her right hand lost its grip. She fell the last few feet to the ground. Luckily the ascender bit hard into the rock wall and halted her descent; her shoulders made contact first and not her neck. Not that she noticed; she was out cold. 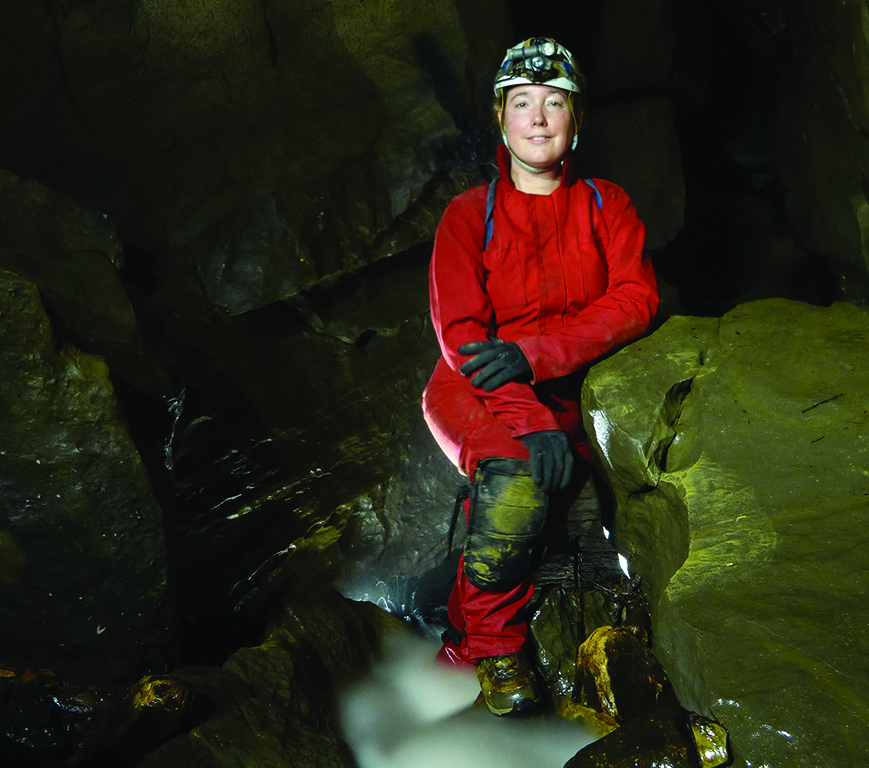 Tina O’Hailey (author of animation textbooks “Rig it Right” and “Hybrid Animation”, professor in animation, visual effects and game programming, caver and occasional mapper of grim, wet, twisty caves—if she owes a friend a favor or loses a bet—whose passion is to be secluded on a mountain and to write whilst surrounded by small, furry dogs and hot coffee) was struck by lightning as a baby.

Preorder from the publisher. Use code: PREORDER2018 to receive a 10% discount!
http://www.blackrosewriting.com/sci-fifantasy/absolutedarkness

Don’t miss another Showcase on Thursday.