This week, I’m concentrating on a book that I found via a social media group that I belong to. 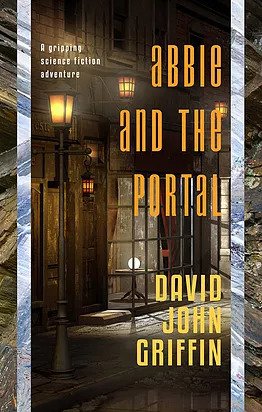 I like a time travel story, as an author of Sci-fi myself, I have to admit that I’m envious of the skill that’s required to write a good one. All the things that must work in order, it’s like a prequel, story and sequel, all in one. Everything has to line up, things that don’t make sense at the start need to be properly explained by the end. Sometimes I wonder if it wouldn’t be easier to write it backwards. I wrote a time-travel story a few years ago and found that it quickly became very complicated. Instead of a novel, it ended up as a short story.

Abbie and the Portal begins with a simple idea, a note left in a book. “Help me, I’m trapped!” it says. The note claims to have been written by a young woman of the present named Abbie Concordia. The trouble is, the book and the note are over one-hundred years old! That’s the sort of premise, the random discovery of something that 1) shouldn’t be there, 2) doesn’t fit, and 3) suggests an adventure, that gets me excited. If you remember the film Timestalkers, with a screenplay written by the brilliant Brian Clemens, you’ll get the idea. It calls out for an explanation.

So far so easy, the author’s skill comes in relating the detective work that finding the note induces. All the facts that need to be set up. Proving that Abbie exists. Overcoming the totally logical idea that it must be a hoax. In placing objects that make no sense until the big reveal. Then, there must be a plan to go and rescue her and a way of carrying it out. And, through it all, there has to be a logical, realistic explanation of how you travel through time. As I said, it requires dedication to organise a story like this.

Any rescue mission makes a great story, there’s always excitement in triumph over adversity and all that. Especially if its achieved against the odds. When it’s done across time, the chances of success diminish, there is so much more than can go wrong. The man of the present stands out in the past. The clothes are wrong, the language, money, everything is different. One false move and you can change the present, or even worse, the future. The grandfather paradox rears its head at every turn. Fortunately, our hero has an able sidekick, and a set of useful skills to help him on his way.

I’m glad to say that David avoids all of the pitfalls in telling a story that had me engrossed from the start. Great atmosphere and a realistic recreation of the times (all of them). In short, Abbie and The Portal is a well-constructed romp. Great fun and easy to read.

Five Stars from me. 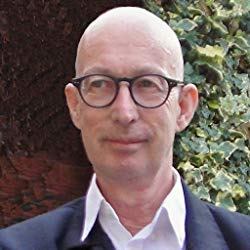 David John Griffin is a writer, graphic designer and app designer, and lives in a small town by the Thames in Kent, UK, with his wife Susan and two dogs called Bullseye and Jimbo. He is currently working on the first draft of his fourth novel. His first novel published by Urbane Publications in October 2015 is called The Unusual Possession of Alastair Stubb. The second is a literary/psychological novel, entitled Infinite Rooms. His novella and collection of short stories called Two Dogs At The One Dog Inn And Other Stories was published in January 2017 by Urbane Publications. One of his short stories was shortlisted for The HG Wells Short Story competition 2012 and published in an anthology. He has had several more stories published in other anthologies. David’s on-going mission as an author is to produce absorbing, page-turning stories with a literary depth. His novels, with genres covering mystery, gothic and psychological, always have elements of magical realism within. He also writes short stories and at the end of each, aims for that surprising “twist in the tail”. David John Griffin’s website is: https://www.davidjohngriffin.com

I’ll be back with another Showcase post on Thursday