This week, on the Showcase, I’m pleased to welcome a fellow Exeter Author. 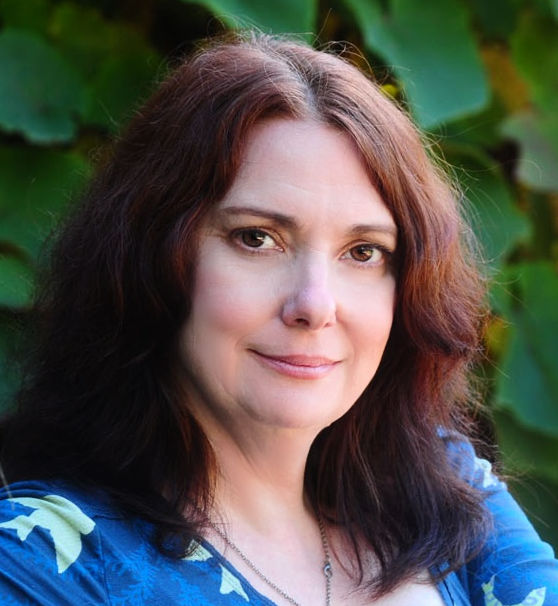 I would like to thank Richard Dee for inviting me to his place – somewhere passed the asteroid belt, to talk about my world which is based around the country of Torcia. A place which developed in parallel to our own world but in the late Dark Ages split from our own timeline with the discovery of the magical powers of faulstan crystals…

My writing adventure was not planned or in a family of teachers expected or wanted. I just fell into writing and to the horror of my family became a writer!

I remember that in junior school I loved writing plays – not your normal children’s plays about fairy tale princesses. These were exciting, adventures about travelling the world finding treasure and battling evil forces. I also had a voracious appetite for reading and I read every book I could lay my hands on. My prized possessions were a row of red hardbacked Enid Blyton books and I used to create my own miniature books. My writing then stopped at secondary school as homework got in the way and effectively stamped all over any creative output. Eventually, I went to teacher training college. You had to do courses in each subject and doing a primary English course on how to teach children to write poetry proved a pivotal moment in my writing career. I really enjoyed scribbling out poems, unlike the rest of the college and my lecturer took me to one side and told me to think about a career in poetry.

I don’t know if this was a comment about my teaching ability or my writing ability but from that moment on I began to write.

My writing routine if I have one revolves around children, pets, and housework. So, I have no set times to work. I just write when I am able – which means when the house is relatively calm and peaceful. I write in my bedroom behind a shut door listening to soundtracks on YouTube. However, as soon as I enter into the world I am creating the music disappears and time in this reality stops. I once spent 7 hours writing caught in the world of Torcia. When I finished the scene, I came back to reality and realized not only had I missed lunch and tea break, but the evening meal was looking rather dodgy too.

That is the beauty of writing – you travel to new worlds and change the ordinary for the extraordinary.

The inspiration for ‘The Torcian Chronicles’ came, like all my story ideas – a vision of events happening which run like a film in my thoughts. So, I saw the opening of my book that of Mesham sitting in his hovel drinking wine while his country burns, and I just started writing to answer the questions I wanted to know?

From those three questions an epic, dark fantasy novel appeared.

The book is very special to me because the characters are real, and it is a commentary about their life, struggles, and heroism in the face of grave danger. The title of the book ‘Defiance’ is significant because the book is about a group of people from the edges of society bound together in a quest to defend Torcia. Each one has to choose whether to stand up and fight for what they believe or to do nothing and let their country fall. 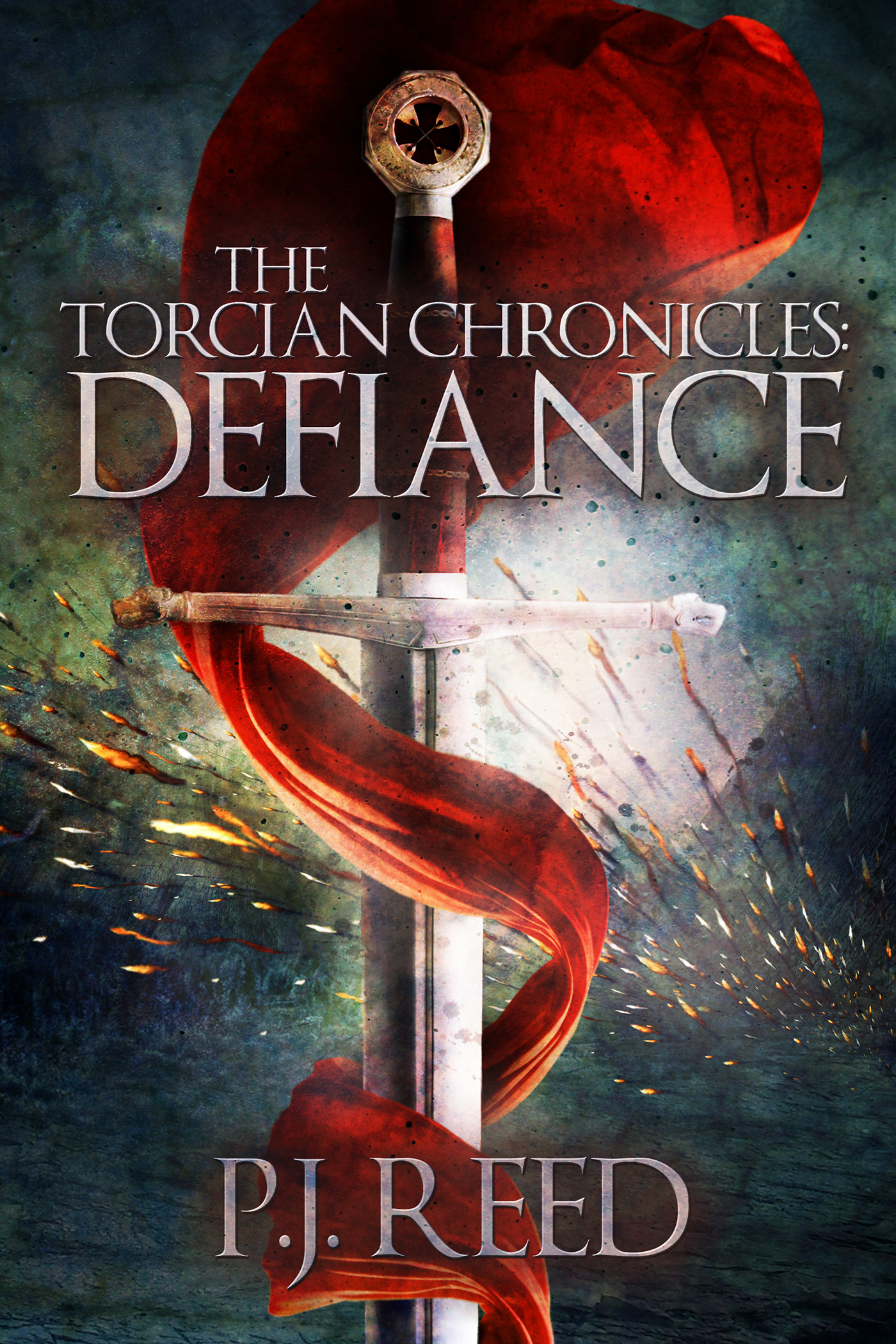 The setting for this book is the two great lands of Torcia and Mivir. While Torcia rejected magic as evil and passed laws to regulate its magic users forcing them to wear clothes and badges identifying them to the law-abiding good people of Torcia, Mivir embraced magic. The country became ruled by an omnipotent warlock who created armies of magically enhanced soldiers – the deadly Mivirian Outriders. Unfortunately, Leodhator, king of the Mivirians, used too much magic, mining the faulstan crystals which stored the aweosung energy used to create all spells, until few remained. It was then that King Leodhator looked towards Torcia, a country with fields full of unmined faulstan crystals and protected by a weak mortal army. Then one night without warning Mivir invaded. ‘Defiance’ begins a week after the invasion when Torcia stands on the brink of collapse.

The story begins in the Walled City in the once peaceful kingdom of Torcia. The city is bursting with terrified, starving civilians trapped as the Mivirian invasion sweeps across the Kingdom. Left for dead the Captain of the Northern Warband watches his men being slaughtered in a clearing by the Ghost Marshes. Torcia is on the brink of destruction. However, one warlock still lives, Mesham of the Walled City. Although of advanced years and bad temperament, he has the strongest magic of anyone still living in Torcia. The King, aware of the significance of Mesham, entrusts the shocked warlock with the task of saving a country that despises him. In the caves of the Scir Dun Mountains; the King, Lokir and his two high councillors open the ancient scroll containing Eftboren Galdor, the rejuvenation incantation. The powers of the spell are magnified by the faulstan flakes of the chamber and the spell explodes. The King and his councillors seek refuge behind the broken altar while Mesham is transported to a shadow world. In the shadow world, Mesham meets Aewielm a water dragon, who reluctantly decides to help the Torcian cause. Mesham is rejuvenated but not before he sees a vision of King Athemar talking to the Mivirian King Leodhator.

Once back in his own world Mesham finds that Councillor Abrecan has been murdered and the Walled City destroyed. The sole survivor of the massacre is the castle messenger Shadral, who joins Mesham in his mission. They are forced to take the Ragna Road to Deorctreow village in the hope of acquiring a guide to take them over the Mivir Mountains. Unfortunately, Ragna is a cursed place and after fighting their way through its many trials they are captured by the Dwellers who are under orders from Councillor Baberekan to kill the traitors on sight. They are taken to a Dweller hideout and are thrown into the cellars to be butchered and served at the Inn that night. Mesham uses his magic much to Shadral’s consternation to escape. They steal ponies and head to the monoliths which marks the end of Deorctreow Forest. Surrounded by the Dweller army, they escape through a tiny hole in the base of the monolith. The hole leads to a complex underground cave system once used by the Wiccecræften to illegally practice magic. Using the secret tunnels, Mesham and Shadral race to the Ghost Marsh pursued by the Dwellers. They are attacked by a marsh beast. Fortunately, a wildman leaps to their aid and leads them to the relative safety of his stone hut on the Grey Plains. The stranger reveals himself to be the wrongfully disgraced Captain Sicam of the Northern Warband. The Captain is eager to join the fight against Mivir once more and joins the companions in their mission to save Torcia.

I have had some wonderful feedback about Torcia, which I am very grateful for and I think this one sums up the story probably better than I can –

‘It’s been a while since I read a solid, original fantasy that brought together kingdoms, loners, and unlikely heroes but this one certainly did the trick! I loved the premise of the lacklustre son, the exiled captain, and outcast warlock who’s been given a new lease on life having to come together against all odds. Their quest was not only exciting, but necessary, and though the concept of warlocks is not new their magic in this story was unique. In fact, Reed’s world building is complete and encompasses different peoples, places, threats and creatures – not once did I feel that there was a lack of detail. This isn’t one of those fantasies where you feel like you’re reading the same old stuff – it’s new, exciting, and undeniably fun.’ by Minimac

This book is an epic, dark fantasy story, so will appeal to people who like Lord of the Rings, The Hobbit, Merlin, and Game of Thrones. It is not for the faint of heart but for heroes and even villains willing to battle for what they believe in.

Thanks, P.J. for a great post. I hope you all enjoyed it. And if you haven’t read the Torcian Chronicles, you really should, it’s brilliant!!!

You can find my review of the Torcian Chronicles by clicking this link.