This week, on the Showcase, I’m delighted to welcome Chris Tetreault-Blay.

Over to you Chris, 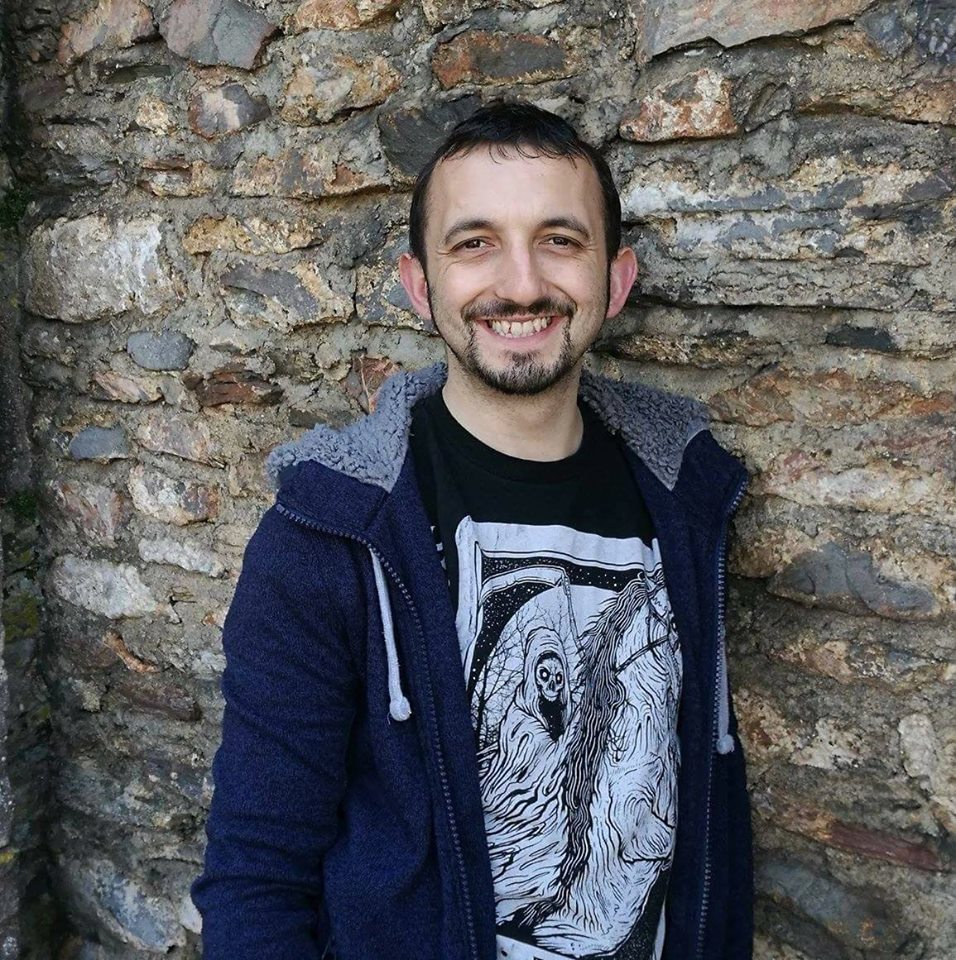 A lot of people laugh when I tell them when and why I started writing.

Maybe it’s the fact that I always sum it up along the lines of, ‘Finding out I was going to be a father encouraged me to write a horror story about the apocalypse.’

But for me, that is pretty much how it started. Not in quite the way that I may make it sound, but it is true to say that up until early-September 2013, I had only been playing around with putting words to paper for a few months. That summer was a time of massive change for me; my wife and I bought our own home for the first time, I started a new job and battled through a particularly dark place personally.

But the light at the end of it all came on 14th September that year, when my wife sent me a photo of her pregnancy test result. I suddenly had so many words and emotions bubbling inside me, I didn’t know what to do. So I decided to start writing a diary of my journey towards fatherhood, intended only for the eyes of my unborn children. But the process of writing became so powerful and therapeutic; it helped created images of another place in my mind. Somewhere where my own characters finally started taking form.

And thus, Wildermoor was born.

I never intended to be a writer. It became something that occupied me on my lunch breaks at work. I hadn’t had the burning desire to write my own stories, but I guess I had the makings of this type of creativity from a young age. I was cursed with a restless mind, often drifting off into imaginary scenarios, still rooted in the real world somehow but places where I could be someone different, someone a lot cooler than I actually was.

I get distracted easily, so putting my mind to something in particular – especially anything which I did not have a set goal to work towards – always felt near-impossible. One of the only areas I really had any focus was at work; mainly because I knew at the end of the month I was working towards that wage packet. And, of course, the desire to push myself developmentally, wanting to reach whatever heights in my career that I was capable.

But when I discovered writing, it became the one distraction that I found myself seamlessly slipping into whenever I wanted. And importantly, considering I wrote mainly during my work breaks, I was able to step away from it just as easily back into my version of the real world…comforted by the thought that I would return to my other happy place the next day.

I often feel guilty and proud, in equal measure, when I realise that my first book Acolyte has been taken on by three different publishers throughout its short life so far…and all on the first time of asking.

I have only experienced rejection once, with a book that still remains unpublished. I think to myself sometimes that maybe that isn’t always a great thing; surely in this game, the knock-backs are what drive you even stronger towards your goal the next time.

I’m not naïve, though; I know full well that my books belong in a niche market and don’t meet everyone’s tastes, and I could have easily been rejected dozens of times over, I’m sure. But I believe in fate. My first submission of Acolyte came off the back of a seemingly-random Facebook advert landing on my news feed by Bloodhound Books, asking for submissions. I took a chance, and so did they. They gave me my break.

Each of my publishers so far has helped move my books along, have helped them grow into what they are today. And they have helped me grow as a writer. Throughout it all, I have learnt to be eternally thankful for every chance I have been given to get my work out there. And I continue to be.

Along the way, I have had five books published, each giving me the opportunity to delve into the darkest recesses of my mind. As an author, especially in the early years, there is always a danger of getting too hung up on sales figures. I am now in a place where the number of copies I sell isn’t my main concern. Some people will buy my books. Many won’t. The most valuable part of the journey for me has been – and continues to be – the reviews. Good or bad, I love to see what my readers think of my stories, which is why I ask anyone who buys my books if they can take the time to leave a review. Knowing that my book has left an impression of any kind on someone tells me that I’ve done my job as a writer.

It’s not been plain sailing, I won’t lie. I’ve been crippled by frustration and self-doubt. A few months ago I thought I had firmly decided to step away from writing. I gave it a go, got as far as I possibly could…or so I thought.  Another story popped into my head, planted a seed and I couldn’t do anything to stop it growing.

I guess writing is rooted deeper in me than I thought. Now I know not to stifle it.

As I write this, I am on the brink of a whole new phase of my writing journey. I may actually be on the verge of breaking into what I consider to be the most challenging, yet rewarding, genre – children’s books. However, I cannot yet divulge any details.

That, as they say, is just a different story to tell at another time.

If you’d like to keep updated with what is going on in my writing world, then do please follow me on social media:

Acolyte, the first instalment in the Wildermoor Apocalypse, is available here for Kindle and in paperback.

The other titles in my back catalogue are to be re-released by my publisher Britain’s Next Bestseller over the coming months. Stay tuned! 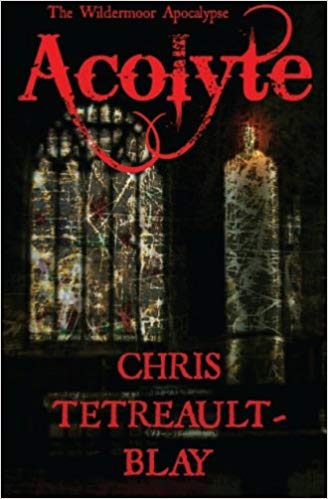 For centuries, many believed that the world would end in 2012. The fact that we are still here dispelled this as just another myth.

But what if the end really had begun, only in a quiet corner of the world that very few knew even existed?

Under the guidance of their despicable leader, The Council of Eternal Light sacrifice innocent lives for the sake of his diabolical plan – to complete the Ascension Rite and summon an unfathomable evil to reap revenge on those that shunned them.

Ewan Childs leads the search for the woman he loves; the latest of the Council’s intended victims. It will lead him to the Council’s lair, face-to-face with a horror beyond his wildest nightmares.

A killer claims another life, claiming to be under the control of a terrifying hooded spectre known as The Reaper. The Council of Eternal Light reconvenes, aware that the crimes signal the start of the master plan they set in motion over three hundred years earlier.

For Detective Inspector Truman Darke, it is a race against time as he finds himself at the centre of his own manhunt. He must cling to what remains of his life and his sanity, whilst unearthing the secrets of Wildermoor’s dark past…as well as his own.

Thanks, Chris, for your post. I hope you all enjoyed it. And if horror’s your thing, give the books a try.

Don’t miss next Thursdays Showcase post, and my musings every Monday. Next time, I’ll be talking about a new skill I’m trying to master.