I’m very excited to reveal that one of my novels will be the subject of a short blog tour in February.

Andorra Pett and the Oort Cloud Café will be featured on around thirty blogs and websites in the week commencing Feb 12th; the tour is hosted by Rachel’s Random Resources and features a mixture of reviews and interviews.

And talking of interviews, I must have done at least ten or more over the last few weeks, I’ve been asked all sorts of questions about my writing, not just Andorra Pett but all the other stuff that I do as well.

I don’t know how many of you remember, it’s a fault of growing old but I remember Michael Parkinson interviewing people on the BBC, Saturday nights after Match of the Day in the early 1970’s. He was so good at drawing out answers and getting people to reveal things, unlike a lot of more modern interviewers, it was never about him, he just asked a question and listened.

I’ve found it really interesting to have to justify myself and what I do in these interviews, it’s led me to a better understanding of the process of creation. And by being asked about my books and my writing life, it’s forced me to think and has given me ideas for new projects. It’s actually been as interesting to answer the questions as it is to listen to someone else talk. To get an idea of the things that people ask about you, what they want to know, is a fascinating way of seeing how their minds work,

Of course, there is a double-edged sword here. By offering my work for review in this way, I’m opening myself up to a lot of honest opinions in a short time, many of which will have a huge audience. It’s not the same as people buying the book and reviewing it, it’s a lot more concentrated. And while I accept that not everyone will rave about the story, I hope that nobody actually dislikes it.

And whatever happens, the sequel, Andorra Pett on Mars will be published at the end of April, the cover design is still top secret, here is a working draft. 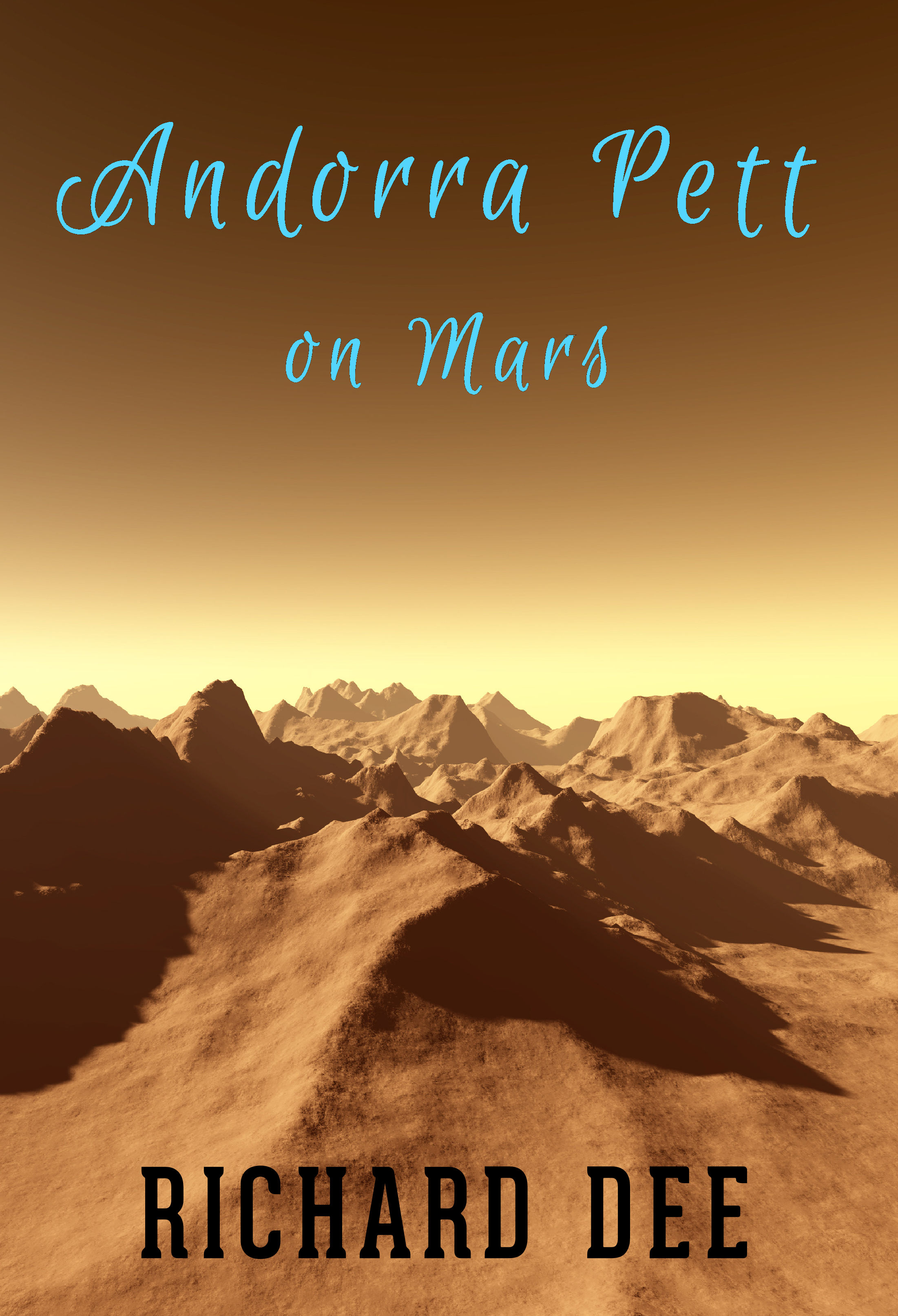 It may look totally different by the time it gets to the final version but you have to have the first idea. I’m currently working on a structural edit, sorting out all the plot inconsistencies and tidying the action up. It goes back to my editor at the end of February.

Before all that, I’m going to my first Comic-con as a trader. Along with two other authors from the Exeter Authors Association, I’m descending on the Exeter Corn Exchange on Feb 4th for Devcon Exeter, a sci-fi and fantasy extravaganza. 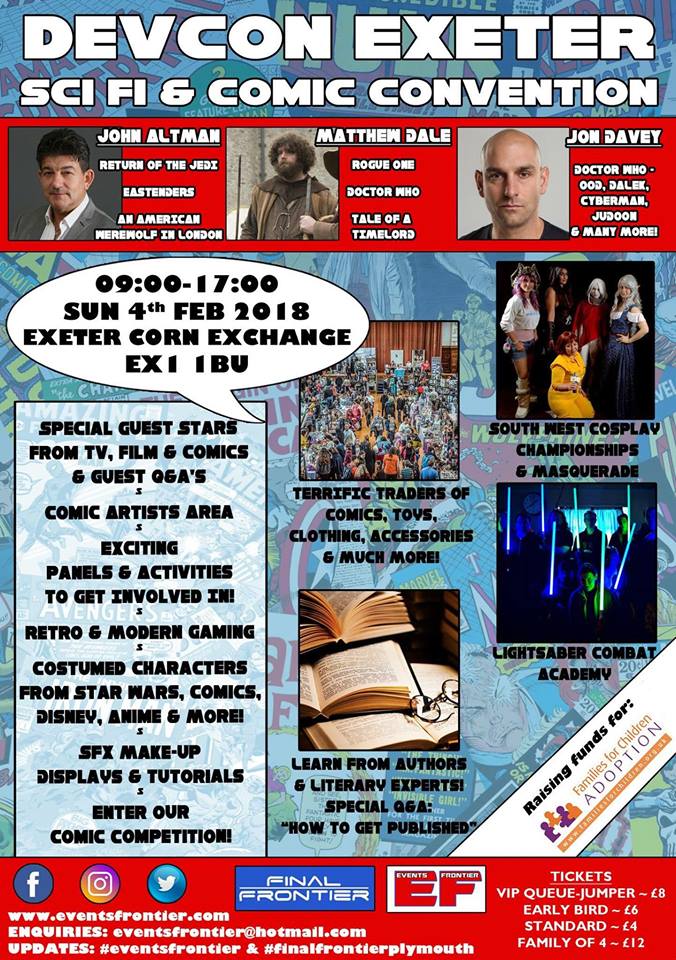 We’re all selling books and hoping to participate in Q&A sessions and author talks. I might even dress up a bit Steampunk for the occasion, you’ll have to wait and see.