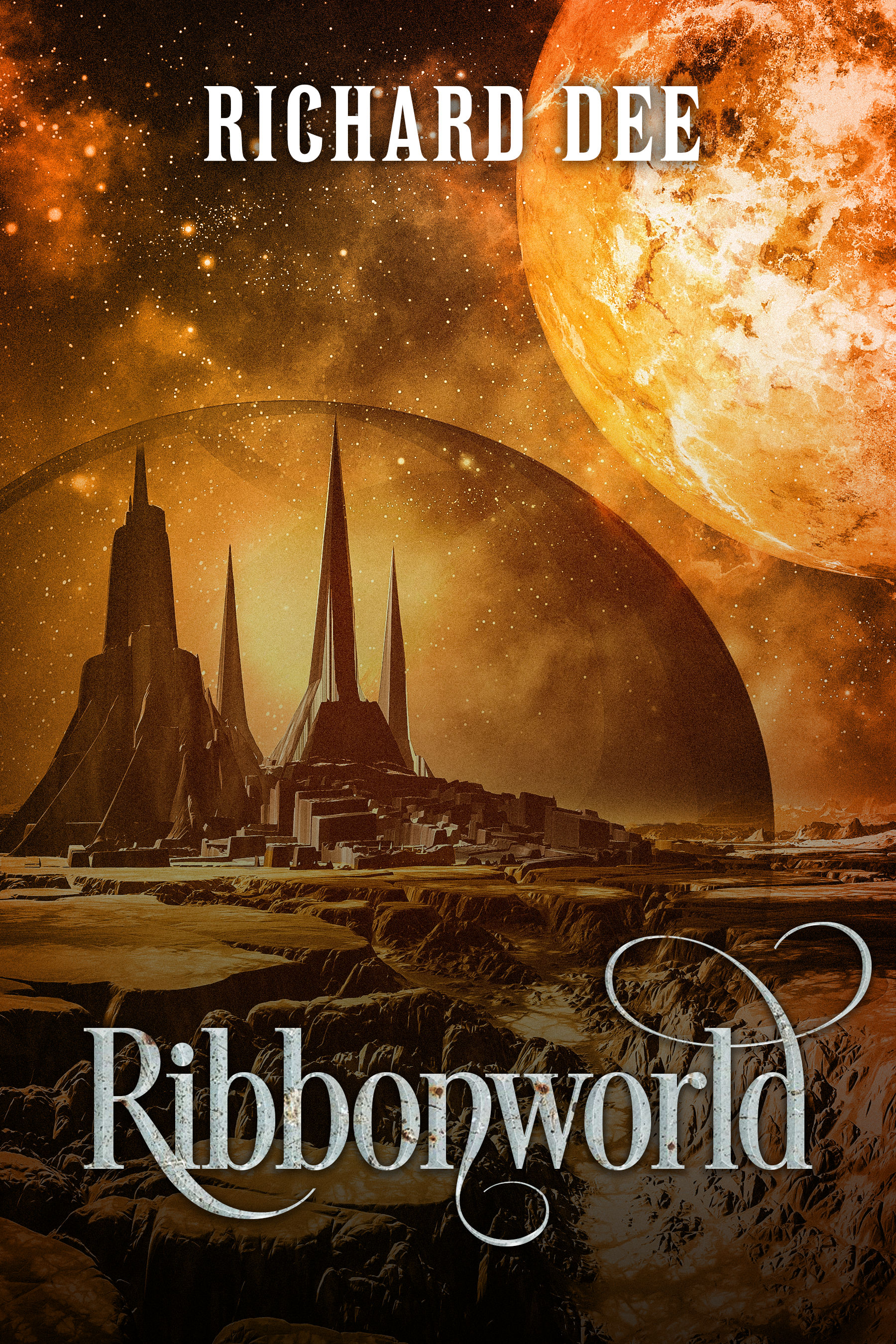 Miles Goram has a problem. All the down-on-his-luck journalist planned on doing was writing a hotel review and now there’s a body in his bathroom. Far from home on a strange planet, Miles must deal with the fact that somebody wants him dead.

Welcome to Reevis, a planet without days or nights where life is only possible under a vast pressure dome. It is on this airless wasteland that Miles finds himself caught up in a mystery involving a huge interplanetary corporation, a powerful man and his ambitious PA, and a beautiful young heiress who has been missing for years.

Crossing the galaxy in search of answers, Miles begins to uncover a web of deceit that stretches further than anyone could have imagined. With his life becoming at greater and greater risk, he realises that there is no one he can trust. Will he discover the truth and finally come to terms with his past? And, if he does, will it be enough to save his future…?

I gave a sneak peek to a fellow author for their comments and this is what they said:

“Don’t start Ribbonworld if you’ve got lots to do. Once you read that first page everything else will be forgotten… as page-turners go, this thrilling sci-fi murder-mystery can’t be page-turned quick enough!”

We swung around the next turn. It had been built around a pillar of rock, and as we came out of it the map alarm went off, jerking me out of my dreams. It showed a vehicle ahead of us which appeared to be descending slowly as we caught it up.

Al pressed buttons. “Ore carrier. It’ll be going slow, with all the weight.”

I asked Al if we would overtake it. “Depends on the width,” he answered, “there’s room on some of the straights and we’ll see when we get closer.” We came around another corner and saw the other rig, but it wasn’t going down slowly at all.

It was stopped – no it was coming straight for us. And it was wide. One side of it was hard up against the rock face, leaving a gap on the edge.

Al swore and grabbed his wheel. “Let go,” he shouted and I gladly gave him control. We swung across the road, headed straight towards the drop. At the last minute he turned away from it, the computer juggling the traction controls to speed the turn. I could feel the wheels bite into the surface, gravel and dust flying up around the cab. Now we had a clear run down the side of the road but now that the rig had got us on that side it was cutting across the roadway and the gap grew smaller. They had pushed us to take the outside, and now they were forcing us over. Al accelerated as I saw the gap get smaller.

It was all very tight, but maybe we would get past. The edge loomed, with a vertical drop and boulder- filled patches about fifty metres below. Another alarm blared and Al took his hands off the steering. “Auto has taken control,” he said and we watched, helpless as the distance decreased.

Whoever was in control of the other machine had a clear purpose: kill us both. We were right on the edge of the roadway, the drop sucking at us and still it came. Our outer wheels went over the edge and we slid sideways. The rig loomed large, filling the ports on my side as gravity took control and we slid sideways, tipping over and away from it. I realised that the windscreen of the rig was obscured, so the driver was invisible as it passed. Then I saw stars as we flipped.

We rotated in the air and slammed into the ground, knocking us dizzy. The roll bars and fendering on the roof cushioned our impact, but even so I felt the wind knocked out of me. The lights went out and all the loose objects in the cabin bounced off the hull and into our heads. Pieces of paper, coffee cups, fluff and all manner of things rained down on us, and the darkness made it more terrifying. There were some heavier objects bouncing around as well, one of them must have hit Al as he shouted out. At least the coffin was gone – being assaulted by a corpse in the dark would have been unimaginably frightening. The EV bounced and landed upright on its wheels at the edge of another drop. Amazingly the pressure hull had stood up to the impact, and we could still breathe. Although we rocked as we balanced on the lip of the drop our wheels still turned. The automation shut down the power, and despite the alarms that still sounded it suddenly felt peaceful. Blue emergency lighting came on. I could hear muffled cursing from Al somewhere behind me; he could not have been strapped in and lay on the side of the hull. I turned my head and could see him, wedged between the seats. His face was covered in blood, but he smiled weakly at me.

“Perhaps I should have done the safety briefing after all,” he croaked.

“Are you badly hurt?” I asked him. My head was swimming and my ribs felt sore with every breath, probably from the seatbelt strap.

“I don’t think so,” he answered. “I can move my arms and legs but I’ve cut my head. Something must have hit it.” He raised his hand and wiped at his forehead. “It’s only a small cut but it’s bleeding a lot. There’s a first aid box under my seat, I need a dressing.”

I leant over towards his seat but the movement sent the EV rocking on the lip. It slid sideways about a foot and stopped. Looking out of the ports on the right showed a drop of twenty metres or so, over boulders and loose gravel to the edge of the roadway.

“Wait, I’m thinking.” There was a scuffling noise behind me and we rocked a bit, but didn’t slide any more. “I’m working my weight over to the high side,” he said. “Can you lean up against the bulkhead?”

I transferred my position, undoing my belt, and lifted myself to sit on the seat arm. That and Al’s movement were enough to set the wheels on my side down on solid ground. Now Al appeared over my shoulder; reaching over me he pointed.

“Push that button,” he said and I followed his finger. “Now lift the lever down by your left knee.” There was a thud of compressed gas and a whine. Instantly the EV felt more secure. Al let out a sigh. “Ground anchors,” he said, “fired by gas into the rock and self-tensioning. We won’t go over now.” He retreated and came round my seat into his, cancelling the alarms one by one.

We sat there for a moment, looking at each other. I reached under his seat again and found the first aid box. Al took it from me and opened a dressing pack. He pressed it to the side of his head. “That’s better, let’s sort ourselves out.” His speech was a bit slurred and he seemed slightly disorientated.

He punched at controls and looked at screens; some were out but he managed to get them back. “Well do you want the good news or the bad?” he said after a couple of minutes. “Let’s have the good first,” I answered.

“OK,” he said, “we’re alive and the hull is intact, there appears to be no major axle damage and the power plant and tanks are secure. But, unless we can get more wheels on solid ground we’re stuck here.”

It could be worse then. “And the bad news?”

“Well the aerials are damaged, or maybe the transmitter, so we can’t send a distress, plus the mapping is off so I can’t see if there’s anyone else around.”

“What does that mean?” I asked, but I think I already knew the answer. “We’re walking out – get suited.”

If you have read Ribbonworld, please leave me a comment below.