I do like Clotted Cream, but since we moved to Devon I eat less of it. I’m sure that’s probably a good thing but I got thinking, could I make my own? How easy would it be?

The answers are Yes and Very. Not only that, the actual hands-on time is minimal, all the work is done while you’re free to do other things.

So here’s how, I remember my grandmother making her own, with cream from her own cows (my grandparents farmed in Devon) when I was small. Assuming that you don’t have your own cows, you’ll have to manage with cream from the shops

Take a 500ml pot of Double Cream (I guess it’s heavy cream in the U.S.) and pour it into an earthenware dish, 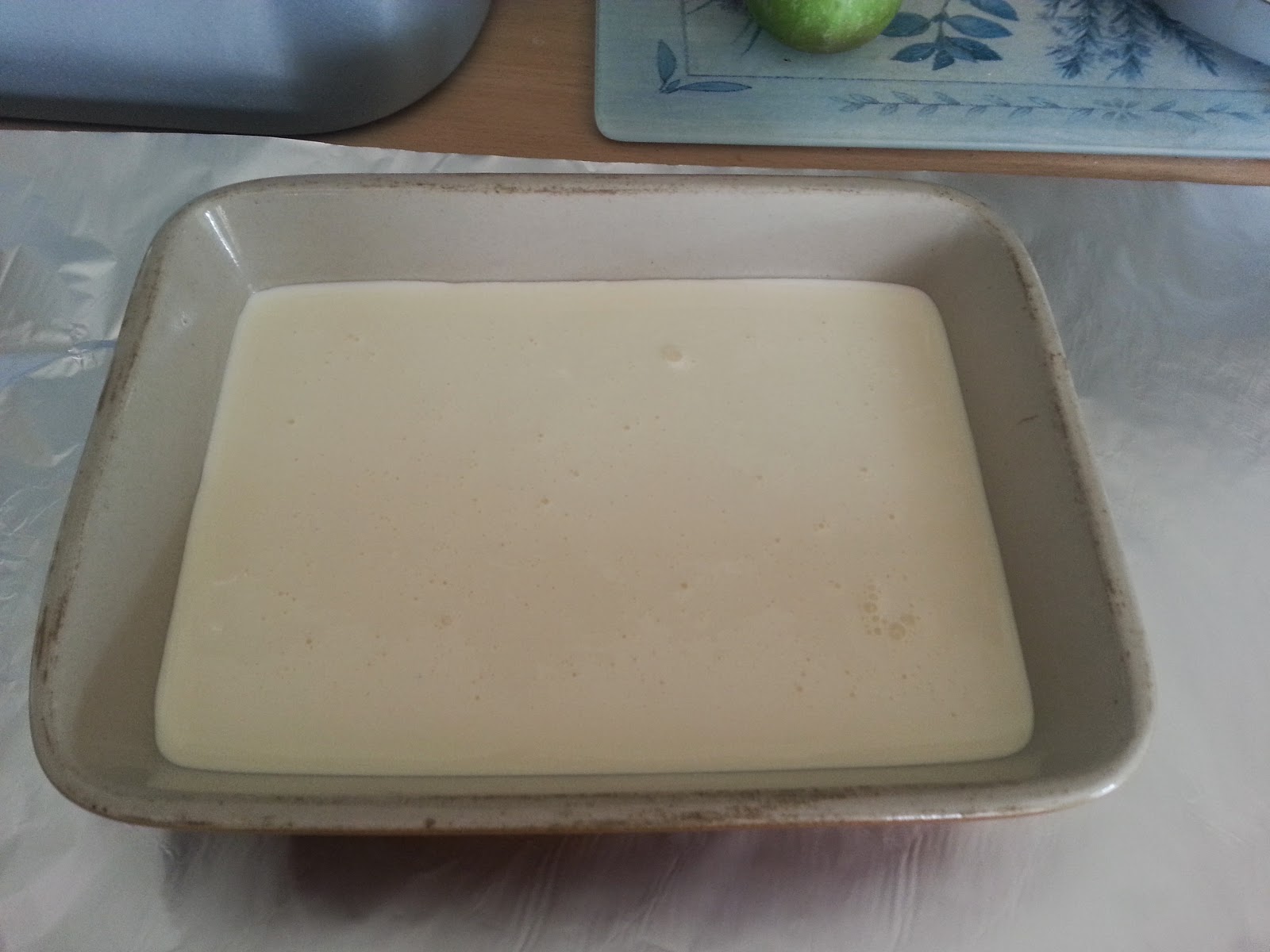 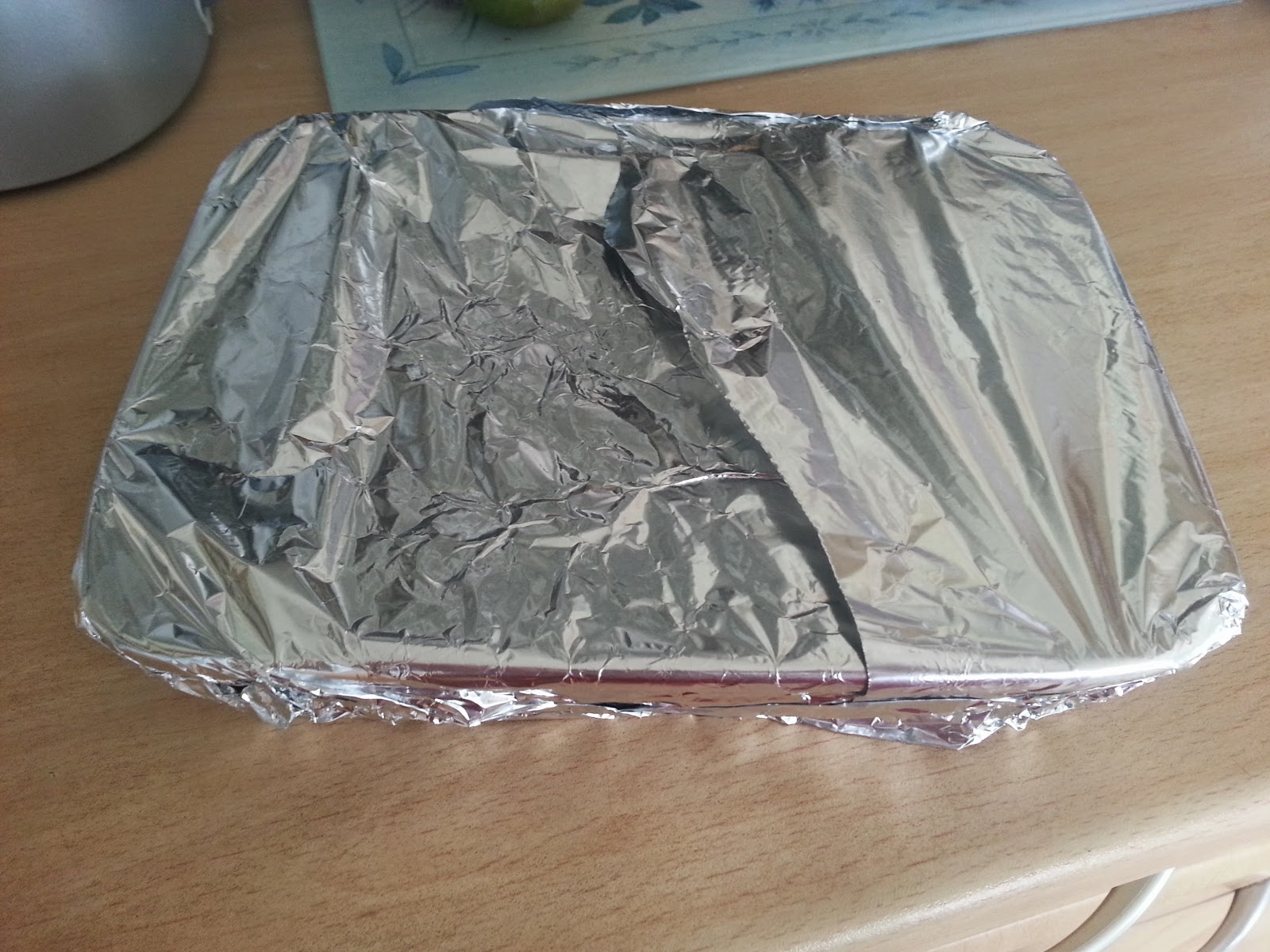 and put it into the oven at 80°C for 12 hours, Personally, I leave it on overnight.

After that time, take the dish out and leave it to cool. The cream will seem very runny, but that’s because it’s still hot. 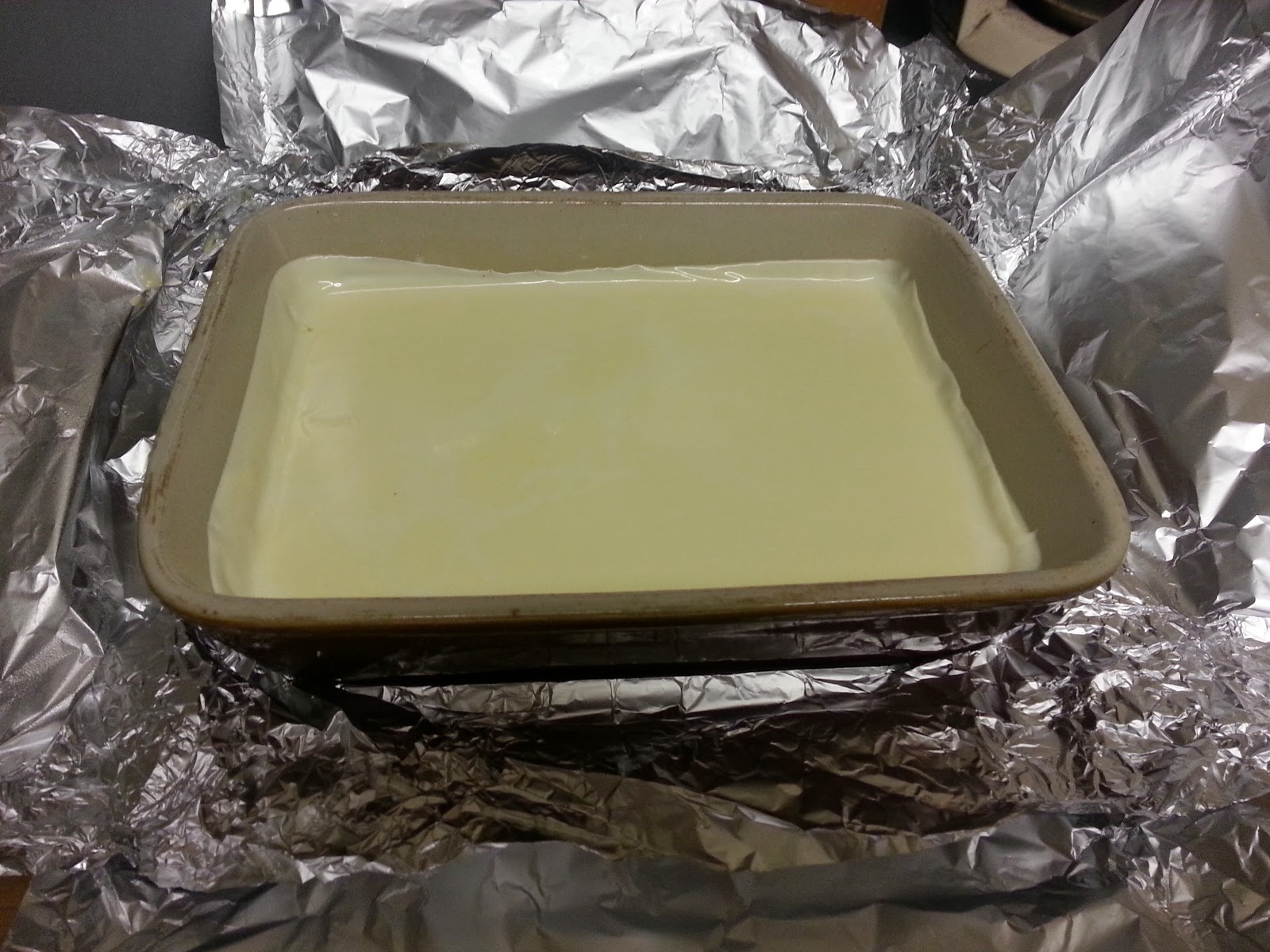 Now it needs 8 hours in the fridge, cover it up again.

After that time, when you take the foil off, you will find that the top layer has clotted. You can scrape it into a separate dish and use it straight away. 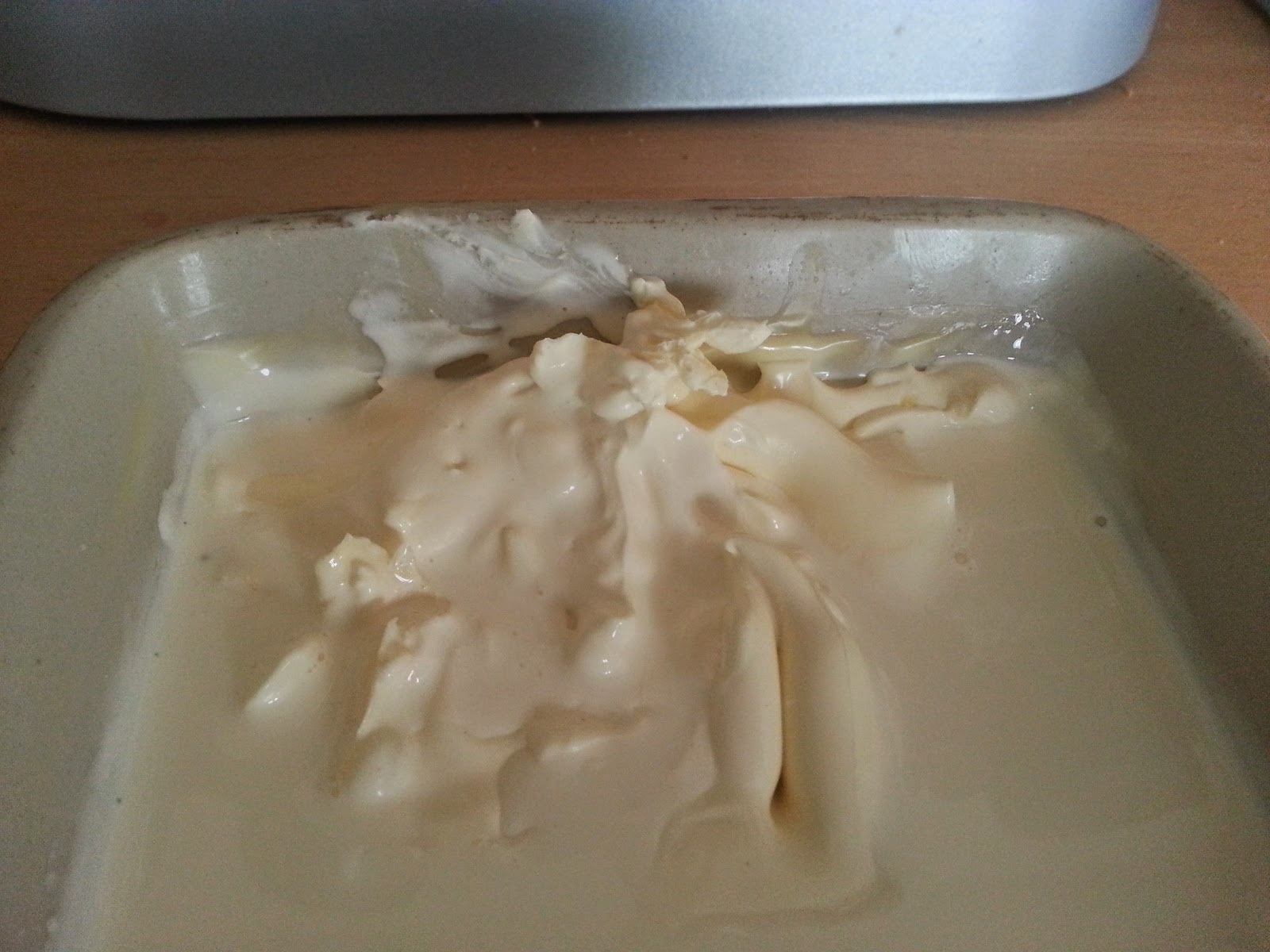 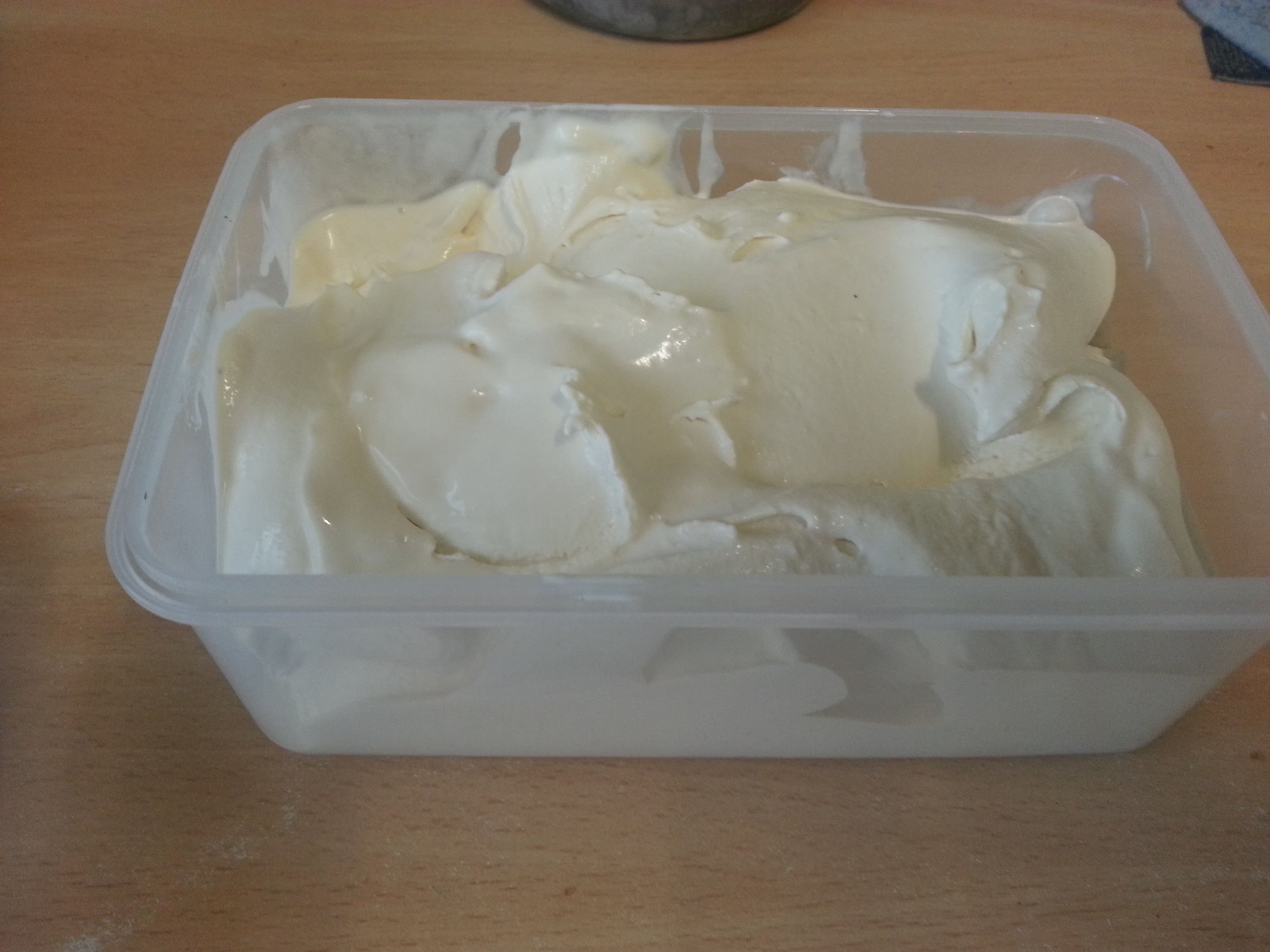 And the liquid that’s left over can be used in bread making, in fact, you can use it to make scones or Devon Splits, which you can then cover with cream and jam for a cream tea. But that’s another story 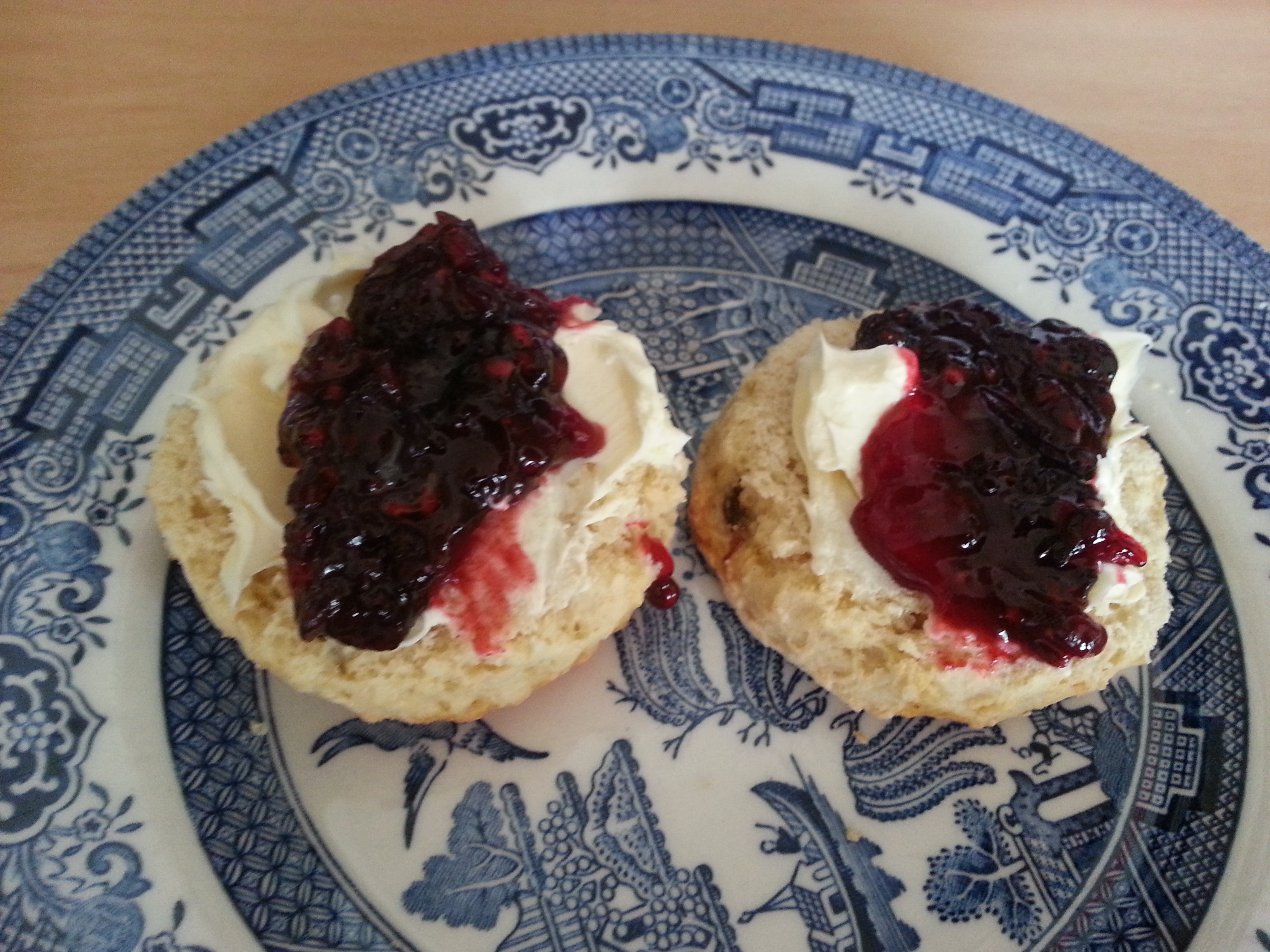 As long as you put the cream on first, we ARE in Devon after all!!!!!